When Stan Garnett (Hist’78) came to the University of Colorado Boulder in the fall of 1974, he planned to study classics, then become an ordained Presbyterian minister. His time at CU, however, would eventually yield a different path built on the great themes of civilization.

His parents—who grew up, respectively, in the now-abandoned mining town of Gilman and Brush, on the eastern plains, and first met at CU in 1949—were deeply conservative. Garnett was born in 1956 in Salt Lake City and raised mostly in Denver and Boulder. 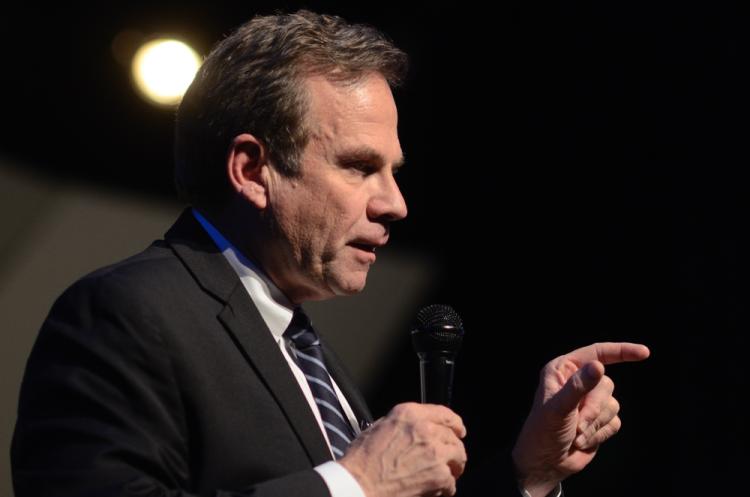 Stan Garnett planned to enter the seminary but ended up joining and succeeding in the public eye, in the realms of politics and law. Images courtesy of Stan Garnett.

“My parents were very traditional Presbyterians,” says Garnett, 62, who recently stepped down as district attorney of Colorado’s 20th Judicial District (Boulder County) to rejoin the private Denver law firm Brownstein Hyatt Farber Schreck. “We went to church all the time, every Sunday and a couple of times during the week. Our social lives revolved around the church.”

But he also developed an interest in that worldliest of worldly pursuits, politics, and won his first election—head boy—as a senior at Boulder’s Fairview High School. Studying the Greeks and Romans at CU, he began to see beyond the narrow worldview of his upbringing.

“I was accepted to the ministry program at Princeton Seminary,” he says. “But halfway through the ‘70s, suddenly that didn’t seem like such a great idea.”

He switched to his major to history, dropped the idea of going to seminary, and became a member of one of the school’s first President’s Leadership Class, a program sponsored by the conservative Coors brewing family that sought to expose arts and sciences students to business. He also took a junior year abroad in England, where he studied medieval history and read “War and Peace,” twice.

“I can still see his young face in my mind's eye … he always sat close to, but not up front, and near the middle of the room,” recalls Barbara Engel, distinguished professor emerita of History.  “He was a good and serious student (and) approached his work with considerable diligence and thoughtfulness.”

Though Garnett’s plans to become a minister weren’t even a speck in the rear-view mirror when he graduated from CU in 1978, he wasn’t sure what he wanted to do next. He was recently married, and his wife was not eager to support a graduate student for many years.

“She was a teacher and she owned a house. I owned a typewriter,” he says.

The goal of a liberal arts education is to ground you in the great themes of human civilization. And that helps you figure out how your life fits in, what you want the trajectory of your life to be."

He drove a school bus for two years before he took the Law School Aptitude Test and won admission to the CU Law School.

Studying law was yet another “eye-opener,” Garnett says. But he also found that it bore some similarities to his religious upbringing, with its emphasis on strict study and interpretation of texts and constant consideration of “how the world should be vs. how it really is.”

In his second year, he was chosen to be a member of the school’s national trial competition team, a prestigious competition meant to expose law students to the nature of trial practice, along with former Denver DA and Colorado Gov. Bill Ritter and Craig Silverman, former chief deputy for the Denver DA’s office. They later helped recruit Garnett as an intern at the Denver office and he took a job as a deputy DA there upon graduation in 1982.

After trying more than 100 jury trials in four years, he joined what was then Brownstein, Hyatt & Farber, where he remained for 22 years before winning election as Boulder’s DA in 2008.

In 1997, while still at Brownstein, Hyatt & Farber, Garnett’s record in elections improved to 2-0 when he was elected to the Boulder Valley School District board as part of a slate of candidates that swept out a controversial conservative majority.

By the time he left the Boulder DA’s office at the end of February, halfway through his third term, he had been in elected office for 17 years.

Garnett turned down offers from several law firms after voters rejected a measure to extend the Boulder DA’s term limit to four in 2016 (he believes the effort failed in part because it shared the ballot with a term-limit-extension measure for Boulder City Council members). But in the fall of 2017, a new management team at Brownstein persuaded him to return.

“There is a real demand for senior experienced trial lawyers who know how to manage teams of young lawyers,” he says. “So, it’s the opposite of age discrimination.”

Garnett says he also hopes his fluency in Spanish will help the firm in its outreach to Spanish-speaking business clients.

Although Garnett lost his first bid at statewide office in 2010 (attorney general), seasoned political observers have long expected him to try again. Many even thought he’d enter the race to succeed Jared Polis as Colorado’s 2nd Congressional District representative to Congress. He says he declined because he didn’t relish the prospect of “duking it out” in a primary with people he likes and admires.

He also wanted a break from that scourge of the modern politician: constantly asking for money. 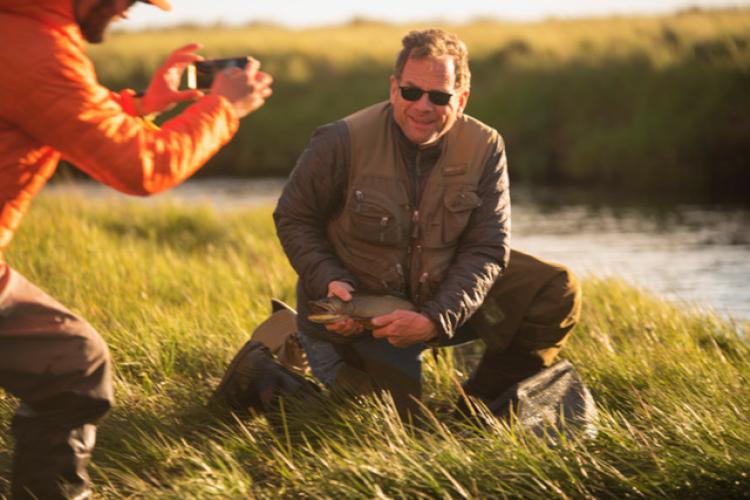 The prosecutor enjoys a moment outside the courtroom. Photo courtesy of Stan Garnett.

“When I turned 60, I told my kids I’ve probably got 15 years of work life left, and I’d like to spend as little time asking my friends to give money to my political campaign as possible,” he says. “The folks in the (2nd Colorado District) race have been on the road raising money raising money pretty much nonstop for a year already.”

Still, he makes a point of noting that “there are positions I would enjoy at both the state and national level,” clearly leaving the door open for a future bid for higher office.

He credits his CU liberal arts education not just with broadening his intellectual horizons, but also expanding his notions of justice and equality.

“Studying the ancient classics, not just the myths but histories from the Greeks and Romans was wonderful,” he says. “One of the problems growing up in an intensely religious home, especially Christian, was that I was raised with a sense of exceptionalism—we were ‘chosen.’ It’s not intended to be hostile to others, but what was great for me about my educational experience at CU—Shakespeare, classics, lots of European history, U.S. history, philosophy — made me want to become more involved with the world.”

“The goal of a liberal arts education is to ground you in the great themes of human civilization. And that helps you figure out how your life fits in, what you want the trajectory of your life to be,” he says. “Above all, college should teach you how to continue learning for the rest of your life.” 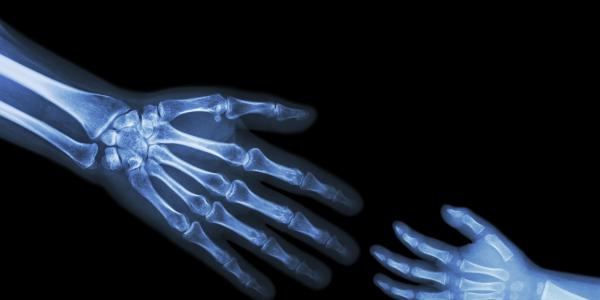 Alumnus and pediatrician Mike Nelson uses his degrees every day and credits a passionate professor with helping him get into medical school. Nelson followed his passions, Spanish and history, which in turn led him to medicine. Having traveled in Latin America with Amigos de las Americas, a program connecting volunteers to community-health programs, Nelson quickly learned what he could accomplish with a medical background. END_OF_DOCUMENT_TOKEN_TO_BE_REPLACED 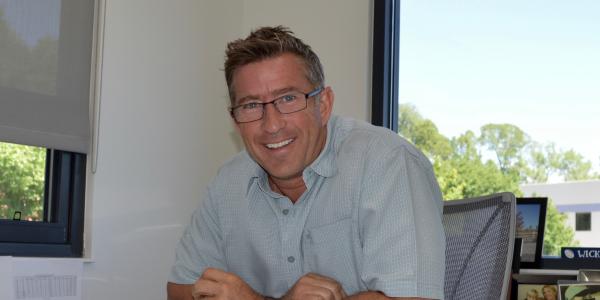 Dan Sawyer (history '88) is taking an ecological and humanities-minded approach to guarding the well-being of professional, student and recreational athletes, alike. END_OF_DOCUMENT_TOKEN_TO_BE_REPLACED 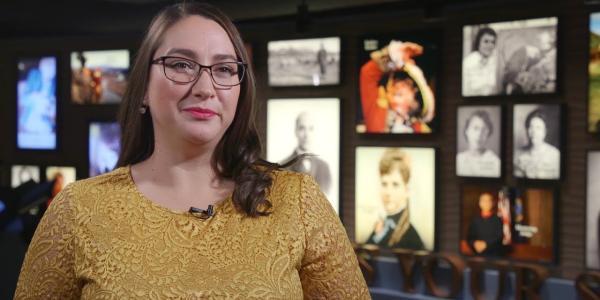 She was inspired partly by CU Boulder’s Patty Limerick, who has served as Colorado state historian END_OF_DOCUMENT_TOKEN_TO_BE_REPLACED
Issue: Summer 2018
Tags:
Return to the top of the page