The Benson Earth Sciences building, near Folsom Field, is celebrating its 20th anniversary by looking at where it was, and where it will go.

The Benson Earth Sciences building is turning 20 this year, and the Department of Geological Sciences is celebrating.

The expansive building, located adjacent to Folsom Field, allowed the department the space to not only grow, but thrive, ushering in a period of transformation to a then-modestly sized department. This success, shared with the University of Colorado Boulder, has enabled one of the oldest departments on campus to rise to international acclaim, ranking in the top five programs globally. 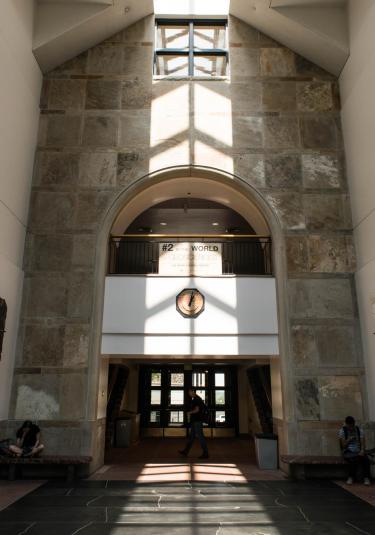 One of the most striking features of the Benson Earth Sciences building is the three-story atrium at its entrance. Photograph by Cay Leytham-Powell.

"The building itself makes you feel good about the program," said Gifford H. Miller, the associate director of the Institute of Arctic and Alpine Research (INSTAAR), a professor of geological sciences, and the presiding department chair when the Benson Earth Sciences building was built in 1997.

"I think that’s where architecture can actually play an active role in the educational program and the enterprise of the university. It can set the tone and influence how people feel about the unit."

While funding for construction was first secured at the end of 1993, anticipation for such a project started much earlier, often navigating an array of complications and set-backs, which seemed to reflect, all too appropriately, the department's challenging history with space on campus.

Geological sciences at CU Boulder was established around the turn of the century, when the field itself was still rather young. In 1911, the young department moved into the building that would house it for the next 86 years. As technology progressed, and much of what would come to define it developed, it quickly became apparent that the department did not have the space or the facilities for the growing program.

In the late 1960s, the department began its three-decade long push for a new building to both create research space and to collect all of the faculty under one roof. Despite the Colorado Commission on Higher Education’s declaration in 1969 that the building was functionally obsolete, the department confronted a myriad of financial roadblocks throughout the 1970's, hindering construction.

Things finally began to turn around in the 1980's when the CU Foundation helped raise money from the private sector to "seed" a building fund, which was soon amplified by a major contribution from an important alumnus — Bruce D. Benson, now president of the CU system.

Benson graduated from CU Boulder in 1964 with a bachelor's degree in geology, and for four decades, while building his multi-million-dollar company from scratch, served as a tirelessly volunteered and advocated for both the Department of Geological Sciences and the university.

With Benson's help and a sizable donation from fellow-alumnus Eric Crail Johnson, development for the new earth sciences building was fast-tracked and completed in 1997.

Benson Earth Sciences served many goals besides just providing a bigger, newer space to bring everyone together, but one of the most important ended up being its ability to recruit students and faculty.

And attract students and faculty, it did. 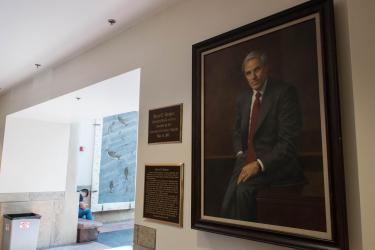 The Benson Earth Sciences building gets its name from an important alumnus who made the building possible — Bruce D. Benson, now president of the CU system. Photography by Cay Leytham-Powell.

At the time of construction, roughly 40-80 students graduated with a geology major annually. Now, in 2016 alone, 50 new undergraduate students entered the program, raising the total head count in the department to 345 students, doubling its size over the previous decade.

"The building has given us that extra push to recruit the very best students, and those students then go into postdocs and eventually into faculty roles, federal and regional agencies, or the private sector," Miller said.

The department has also grown in other ways, such as its ranking among other geoscience programs.

At the time of the building's construction, the department landed consistently between 30th and 40th place nationally. Now, geosciences at CU Boulder (which spans beyond just geology, though geology is the largest component) is ranked number two in the world, according to the most recent US News and World Report rankings.

"You can't say it's only because of the building, but the building undoubtedly has played a significant role," Miller said.

"It serves as a major recruiting tool, and has made a big difference for all of us."

The Benson Earth Sciences building currently houses 10 state-of-the-art analytical laboratories, as well as the Earth Sciences Library, which demonstrates not only what the program is capable of, but also the program's importance to the university.

While the department’s faculty are not all in the same building — a consequence of its ongoing growth and success — it is continuing the momentum, bringing CU’s success to international attention.

"The department is more than the building," Miller remarked, "but the building as our physical core and academic home helps."

The Department of Geological Sciences will hold a reception celebrating the 20th anniversary of the Benson Earth Sciences building on Friday, Sept. 15, at 5:30 p.m. Walk-ins are welcome.

At some point in your life you’ve likely heard that “too much of a good thing” can be bad for you. June Gruber has used science to prove this old adage true. END_OF_DOCUMENT_TOKEN_TO_BE_REPLACED 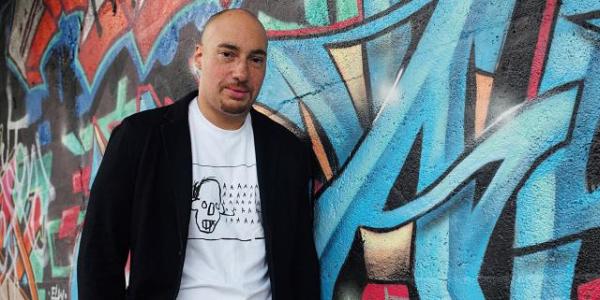 English Professor Adam Bradley has been named the 2020 recipient of the Hazel Barnes Prize, the most distinguished award a faculty member can receive from the university END_OF_DOCUMENT_TOKEN_TO_BE_REPLACED
Tags:
Return to the top of the page