Without scholarships, a lot of ‘super smart’ students would not be able to attend or finish college, young philanthropists note

Stephanie and Sarah Meyers, who will graduate in May with degrees in international affairs, haven’t had to wonder how they’ll pay next semester’s tuition. Some of their friends are less fortunate, and the two University of Colorado Boulder students have done something to help such students stay in college.

Sarah, Pat and Stephanie Meyers share a moment at the John Lennon Wall in Prague. Photo courtesy of Pat Meyers.

With a $30,000 gift from their family foundation, they established the Meyers Family Foundation Scholarship Fund, which aims to support one or two first-year students annually. The scholarships will be awarded to students who have financial need, and recipients will be eligible to renew the scholarships each year so long as they maintain a minimum grade-point average of 2.7.

Pat Meyers, Stephanie and Sarah’s father and a partner at Smashburger, noted that the family established the Meyers Family Foundation in 2006. The trio, who serve as directors of the family foundation, have already supported various causes but wanted to support CU Boulder’s College of Arts and Sciences, he said.

“My daughters came up with the idea of a scholarship, which I thought was a great idea,” Pat Meyers said.

The twin sisters’ personal experiences drove the specification that scholarship recipients will be able to renew each year. “We have a lot of friends who are on financial aid, and know how hard it is to come up with tuition. Even if it is only a few-thousand dollars every single year, if you take away that scholarship after the first year, it’s really hard for them to come up with that money,” Stephanie Meyers said.

Many scholarships are not renewable, meaning students must re-apply each year, Sarah Meyers added. Scholarship recipients in that situation might be in a larger or more competitive applicant pool or simply might not be chosen in subsequent years.

The goal is to help students stay in school and get their degrees, because, Sarah Meyers said, “In the job world, you have to have a college degree.”

The sisters said their coursework in international affairs underscores the fact that education helps people to “grow outside of the world that they grew up in.”

“A lot of people take it for granted that we have the opportunity to go to college here, but most people don’t,” Stephanie Meyers said, adding that without scholarships, “super-smart” students they knew in high school would have been unable to afford college.

“All they want to do is be able to go to college, but tuition is $15,000-plus a year; you can’t make those ends meet,” she said. “They need these scholarships in order to make it work.”

The sisters themselves were drawn to international affairs because they’ve always shared an interest in culture, traveling and international development, in particular, Sarah Meyers said. They visited Senegal in 2013, after their senior year of high school, and saw “the difference between development there and development here.”

They exemplify the generosity, motivation and thoughtfulness of our wonderful students."

Two summers ago, the siblings went to Africa and took an economic-development course in Uganda and Rwanda, studying “what ways development work and which ways don’t.”

In the long term, Stephanie and Sarah Meyers, who have interned at the Global Education Fund in Boulder, are considering careers in international affairs that touch on law or policy. While they might go to law school in a few years, they are scouting for jobs in several capacities.

Pat Meyers has a bachelor’s degree from CU Denver and a law degree from the University of California Hastings School of Law. Before college, he served in the U.S. Navy for six years.

Stephanie and Sarah Meyers did not initially plan to attend CU Boulder. Though they grew up in Denver, they hadn’t visited Boulder before it was time to apply to college. They loved it and are glad they came.

Thomas Zeiler, professor of history and director of the Program in International Affairs, returned the compliment, saying the program is proud of them and congratulates them on their impending graduation.

“They exemplify the generosity, motivation and thoughtfulness of our wonderful students,” Zeiler added. “The Meyers family has made it possible for those with financial needs to attend CU Boulder and perhaps follow in the footsteps of Stephanie and Sarah in IAFS!”

Giving back to the college with a scholarship “has been really great for all of us,” Pat Meyers said.

To support scholarships for arts and sciences students, please contact the CU Office of Advancement at 303-541-1451 or laurie.e.loughrin@colorado.edu. You can also visit giving.cu.edu to learn more. 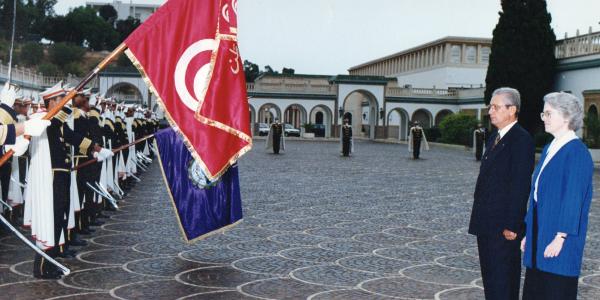 It was during a summer-long family trip to Europe that 13-year-old Mary Ann Casey cemented her career plan: diplomacy. "You embark overseas as a citizen of a single country; you return home as a citizen of the world," says Casey. END_OF_DOCUMENT_TOKEN_TO_BE_REPLACED 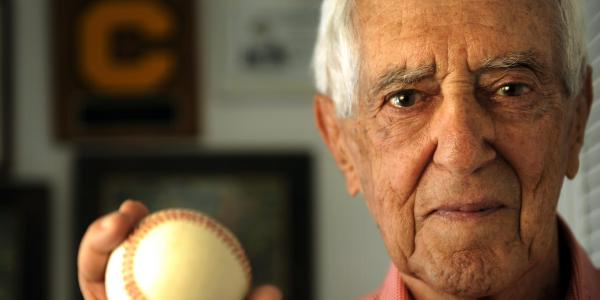 Skim milk was 10 cents a gallon, and spaghetti was cheap. “So, we had a lot of skim milk, and we ate a lot of spaghetti”—with no sauce. END_OF_DOCUMENT_TOKEN_TO_BE_REPLACED 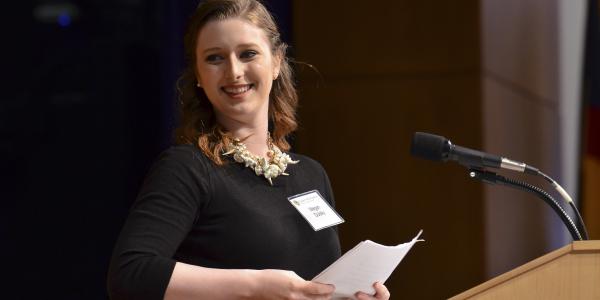 When Meghan Dulsky heard that she was going to study abroad, she was elated. Later, when she learned that most of her experience would be funded, she was brought to tears. Dulsky, a senior majoring in classics, is the recipient of the Ann Nichols Scholarship and the Herodotus Travel Grant. END_OF_DOCUMENT_TOKEN_TO_BE_REPLACED
Tags:
Return to the top of the page