Clint Carroll will help to preserve tribal tradition and knowledge for future generations through the Faculty Early Career Development Award, a five-year grant from the National Science Foundation.

Carroll, assistant professor of ethnic studies at the University of Colorado Boulder and a citizen of the Cherokee nation, has been working with tribal elders to promote traditional knowledge and the conservation of tribal land since 2004.

“It became a focus of mine to propose a research project that sought to understand obstacles to resource access by Cherokee citizens,” says Carroll. 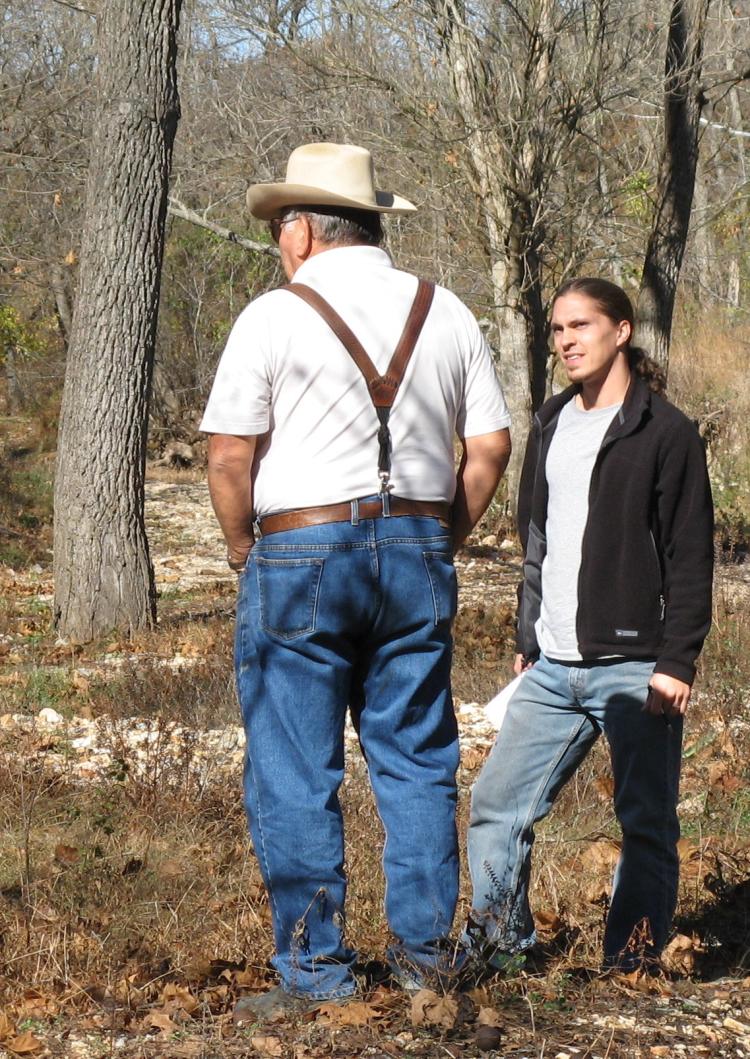 Cherokee elder Crosslin Smith discusses tribal land conservation with Clint Carroll. Photo by Myra Robertson. At the top of the page is an image of wild senna/gvhnage (Senna marilandica), one of the culturally significant plants Carroll is focused on. Photo by Clint Carroll.

Some of these resources include buckbrush, wild senna, and huckleberry, plants gathered by Cherokee citizens for medicine, food, and crafts.

“My question was twofold: how many Cherokees are still gathering in ways that do it in sustainable ways but also utilize traditional knowledge, and, two, how are they reacting to these obstacles?”

The federal land allotment policy, which broke up many tribal land bases during the late 19th and early 20th centuries and resulted in “checkerboarded” land-ownership patterns, has created several barriers that have inhibited access to culturally significant plants. Some tribal lands are “landlocked” by private property, and others have been leased for cattle grazing—a land-use activity inherited by the Bureau of Indian Affairs that threatens sensitive medicine plants.

As a result, these obstacles have made it difficult for traditional plant-gathering practices to continue. Carroll says perpetuating these traditions depends on elders’ passing down environmental knowledge to younger generations.

“We’re at a time where the elders are seeing a decline in the transmission of that cultural knowledge,” says Carroll. “That decline is a result of numerous factors, some of which include the mainstream education system—basically, kids aren’t being taught this in the mainstream schools.”

The grant from the National Science Foundation will allow Carroll to continue his work with the Cherokee people, aimed toward advocating tribal environmental education and cultural and ecological resiliency.

“Essentially the proposal and the project is geared toward producing a new generation of tribal environmental leaders,” Carroll says. “That’s really the grand vision of it, and asking these questions that get at the issue of accessing plants and being able to operate as resource users in a checkerboarded landscape.”

The grant begins in August. By year two, Carroll will select five Cherokee undergraduate students who will work directly with tribal elders on traditional knowledge and with Carroll on social-science research to design a curriculum centered on environmental education. The grant will also fund a graduate student, who Carroll will train in his department’s Comparative Ethnic Studies PhD program.

“Professor Carroll is doing innovative work and building bridges between from a social-science discipline like ethnic studies to a natural-science discipline like environmental science,” says Reiland Rabaka, chair of the Department of Ethnic Studies. “Dr. Carroll is clearly demonstrating the interdisciplinary promise and practices of ethnic studies.”

“I’ve got to credit the Native Investigator Development Program as well as other colleagues giving feedback on the proposal and the support I got from my department,” Carroll says. “And of course, the support of the elders for seeing it as a worthwhile endeavor.”

The Faculty Early Career Development Program confers the NSF’s most prestigious awards for early-career faculty who have the potential to “serve as academic role models in research and education and to lead advances in the mission of their department or organization.” 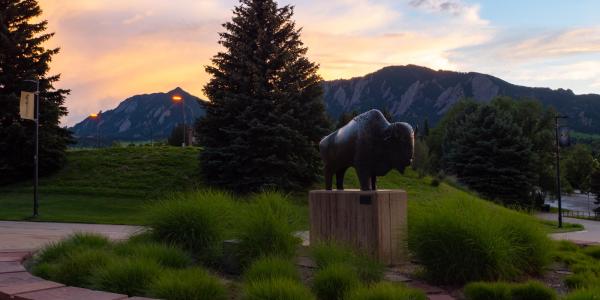 Recipients, chosen by faculty committee, ‘work tirelessly and most times in the dark’ for diversity and inclusion. END_OF_DOCUMENT_TOKEN_TO_BE_REPLACED 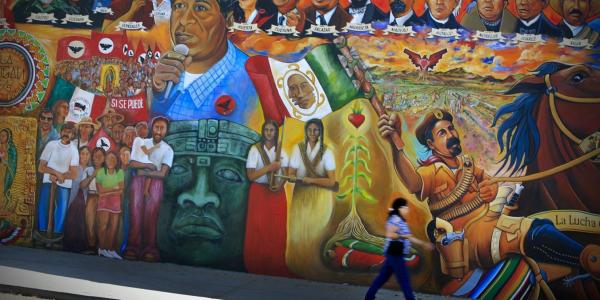 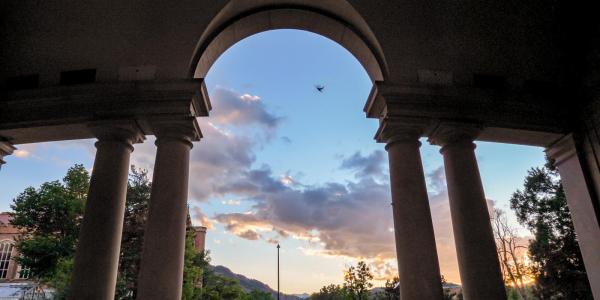 Winners, who were nominated by colleagues, express humility and gratitude. END_OF_DOCUMENT_TOKEN_TO_BE_REPLACED
Issue: Spring 2017
Tags:
Return to the top of the page