Timothy William Stanton matriculated at the University of Colorado Boulder on Sept. 5, 1877, the school’s first day of classes — ever. Stanton was a senior in high school, attending a college-prep school located in Old Main, the only building on campus.

“(Old Main) loomed before us gaunt and alone in the pitiless clear light,” wrote Jane Sewall, daughter of CU’s first president, Joseph A. Sewall, in a 1957 memoir. “No tree nor shrub or any human habitation was in sight. Vast expanses of rock and sagebrush were its only surroundings.”

The austere character of the building evidently didn’t bother Stanton, who graduated with six other students in CU’s second graduating class, in 1883. 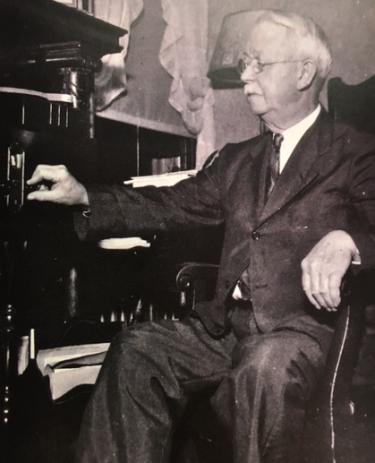 Timothy Stanton was notable not just for being one of CU’s first graduates. From 1930-35 he served as chief of the U.S. Geological Survey, founded in 1879 and led from 1881-1895 by Colorado River pioneer John Wesley Powell.

But long before that, he was just an Illinois farmer’s son who’d come to Colorado with his family on a train in 1874.

“His father was a very poor farmer. They lived in a small house with other people,” Carolyn recalls. “He peddled washing fluids and also worked at Potter’s Bakery on Pearl Street.”

In a memoir he dictated to his daughter, “80 Years of Joy and Sadness, Mingled with Some Work and Sadness,” Stanton described early Boulder as a sort of raucous frontier town with 2,000 people and “17 bars on Pearl Street,” Carolyn says.

He ended up at CU’s prep school when the Boulder Preparatory Academy closed in 1877. At CU he was the class poet and qualified as something of a big man on campus, small as it was: He was friends with President Sewall and his family and one of CU’s earliest, most famous faculty members, Mary Rippon; Stanton returned to campus in 1936 for the dedication of the Mary Rippon Outdoor Theatre, whose namesake had died a year before.

“My grandfather was around so much, and Jane Sewall thought so much of him, that she wrote about him” in her memoir, “Jane, Dear Child,” Carolyn says.

Stanton became fascinated by the area’s Cretaceous fossils and was inspired to become a geologist by a math professor who also was a gifted naturalist and taught geology. He graduated in 1883 and taught school in Colorado for five years. He studied at Johns Hopkins University from 1888-89, where he published his first paper, on fossils of the Pierre shale formation. After earning a master’s degree from CU in 1895, Stanton moved to Washington, where he was a part-time geology teacher at Columbian, where he earned his PhD in 1897. He received an honorary Doctor of Science degree from CU in 1924.

He joined the USGS in 1889, becoming the lead geologist in paleontology in 1903. In 1912 he was named chairman of the agency’s influential Committee on Geologic Names — the bible on official register of place names in the United States. A specialist in Cretaceous paleontology, Stanton also served as president of the Paleontological Society, and vice president of the Geological Society of America. 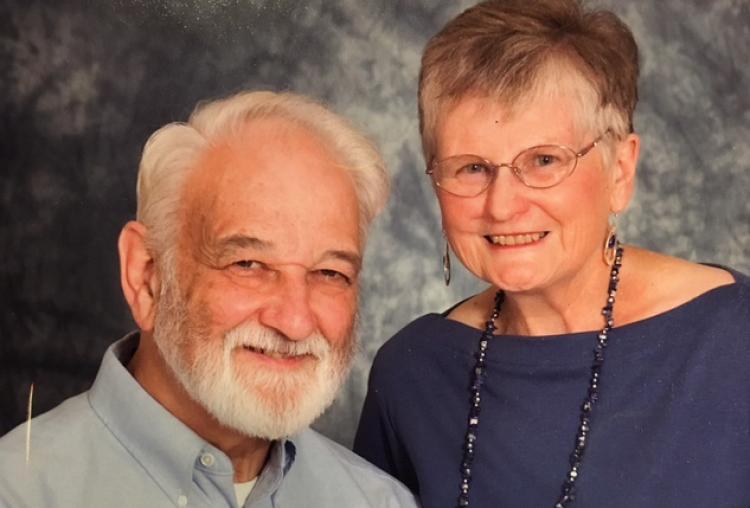 Following his death, the journal Science called Stanton “one of the outstanding figures in American geology.”

Carolyn’s mother Grace was raised in Washington, D.C. and attended college in Baltimore.

“My grandfather always said his daughters were going to get a college education, which in those days wasn’t as common as it is now,” Carolyn says. “My mother’s younger sister really wanted to be an artist, but he said no — first she had to graduate from college.”

Carolyn also was raised in Washington, D.C., where her father worked as a lawyer for the Veterans Administration. In 1944, he was transferred to Dallas, where she grew up. When the time came for her to attend college, Carolyn was adamant that she “did not want to go five blocks from home to SMU (Southern Methodist University).” Having enjoyed family visits to Colorado, she applied to and was accepted at CU Boulder.

Shortly thereafter, her father was transferred to Denver, so they moved to Boulder, where she lived with them on Iris Avenue. She met and married John at the campus Methodist organization, the Wesley Foundation, married at the Boulder First Methodist Church and they moved into an apartment at 1313 University Boulevard. They both graduated in 1957, Carolyn with a degree in home economics, and John with a degree in pharmacy. They moved to Boston, where he joined the U.S. Public Health Service and she was a dietetic intern at the Peter Bent Brigham Hospital.

Years before, Carolyn’s mother had discovered “Jane, Dear Child,” and wrote a letter to Jane Sewall at her home in Boston’s exclusive, historic Beacon Hill neighborhood. In 1958, Timothy Stanton’s old friend invited his granddaughter to tea.

Carolyn and John had exciting careers of their own. They lived for two years in Tuba City, Arizona on the Navajo Reservation, as well as in one of the late, unlamented Quonset huts on Arapahoe Avenue that served as housing for CU graduate students. They moved to Madison, Wisconsin, where John pursued a PhD until his advisor took a job at Stanford University and invited him to come along.

John taught for 35 years the University of Michigan, where he is professor emeritus of organic chemistry. Carolyn raised their three children and worked part-time as a dietician. And in 2016 they celebrated their 60th wedding anniversary in Granby, just over the Indian Peaks from Boulder.

In 2007, the Wisemans attended graduation ceremonies in Boulder as part of the class of 1957 reunion. As they watched the newly minted graduates passing into Folsom Field, John greeted them and said some of them might be standing right there 50 years hence. But at 21 or 22, five decades can seem an almost unfathomable eternity.

But who knows? Maybe one of their great-great-grandchildren will. 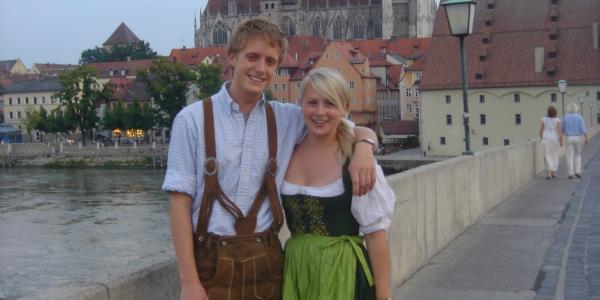 Alex Becker, a 2006 International Affairs Program graduate, embodies a global‐minded, entrepreneurial spirit. He says CU‐Boulder opened introduced him to a host of new opportunities. “But I never thought I would be doing anything like this,” he says in an email sent from aboard a catamaran as first mate. END_OF_DOCUMENT_TOKEN_TO_BE_REPLACED 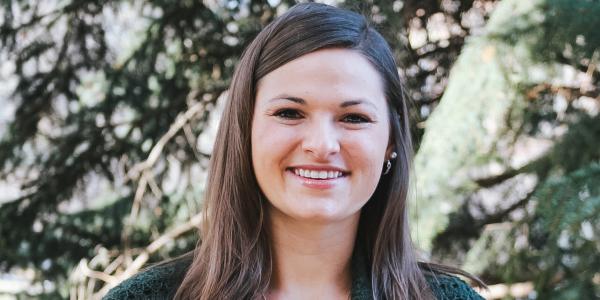 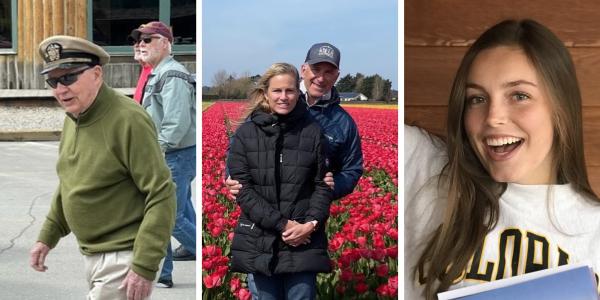 Three generations of arts-and-sciences O’Donnells will celebrate this year’s commencement. END_OF_DOCUMENT_TOKEN_TO_BE_REPLACED
Issue: Spring 2017
Tags:
Return to the top of the page