With help from a group of CU Boulder alumni, young women in Peru learn to envision a better life, higher self-esteem and more personal agency

Its 3 a.m. on a Sunday, and Katheryne Rosa Barazorda Cuellar is prepar­ing to work in her mother’s soup stall in the small Peruvian town of Anta, near the Inca capital of Cusco. Smart and seemingly indefatigable, she has a quick smile and infectious laugh.

Rosa is studying to be a chemical engineer, and she has unmistakable talent and drive. She needs them. Poverty, gender bias, and violence darken the lives of many young Peruvian women, including her.

But Rosa is lucky. She has a supportive family and help from a local nonprofit that cares for and provides scholarships for young women. And for the past four years, she’s also gotten the support of Visionaria Peru — a leadership and self-empowerment program in Peru’s Sacred Valley. 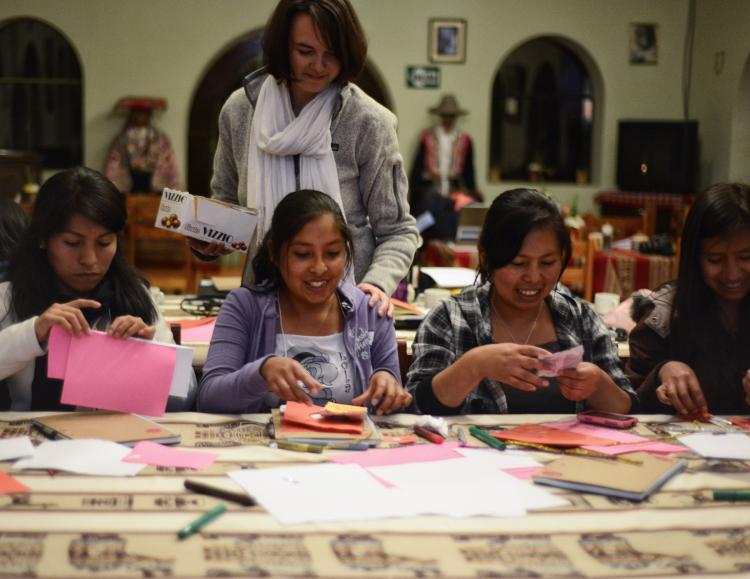 Young alumni from the University of Colorado Boulder launched the summer program for adolescent girls who dream of career and community service. This is why:

In Peru, women suffer higher rates of poverty and unemployment than men. About 50 percent of Peruvian women in the Sacred Valley region, which lies outside Cusco, will suffer severe physical or sexual intimate-partner abuse during their lifetimes, the World Health Organization reports.

In 2012, CU Boulder alumni who are also Boulder Rotarians forged a plan to help address those problems by working to “empower” local women — specifically in their ability to make and act upon their decisions.

“The program helped me a lot because I had visions and goals, but I did not feel capable in making decisions,” says one girl in an assessment. “Now I am capable of making decisions and taking risks for my life.”

The group’s work is centered in the town of Urubamba, which shares its name with the river that flows past shops, farms, and ramshackle buildings painted with political symbols. Downstream, the river snakes below Machu Picchu and tumbles toward the Amazon River.

Here, in Urubamba’s La Quinta Eco Hotel, young women gather for a weeklong leadership training institute through Visionaria Peru. The girls — the team calls them visionarias (female visionary, in Spanish) — come from both the bucolic Andes and the noisy city. 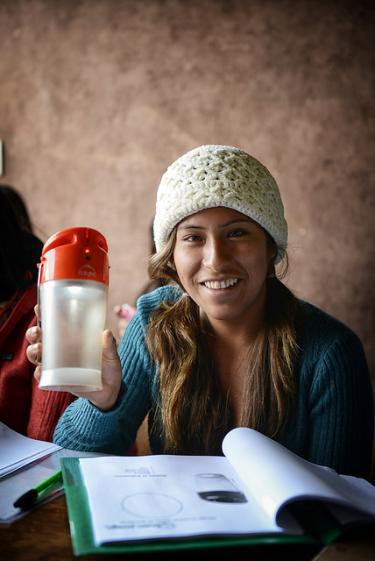 A young Peruvian woman shows off a solar-powered light, which can help residents see and read at night. Photo by Chris Carruth.

At the end of the institute, the visionarias form teams and enter one of three “activ­ism tracks”: improved cookstoves, water and sanitation, or solar lighting. The “activism tracks” enable participants to work on sustainable-development projects that they themselves envision and implement.

At the Peruvian Hearts’ hogar, Smith and Lindsey Ratliff (EnvSt’12) asked the girls what kind of sup­port they would need as they got older.

While the students in Peruvian Hearts’ college-prep program were smart and qualified to attend a uni­versity, they lacked confidence and felt discriminated against because of their in­digenous, and often troubled, backgrounds. By the end of that day, Smith and Ratliff crafted a project plan to support the girls. 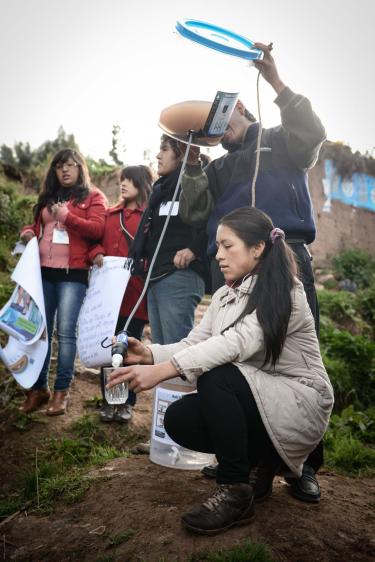 Each member of the core trio assumed roles reflecting her strength: Smith with planning, Meertens in fundraising (including two grants totaling $55,000 from The Rotary Foundation), Stangl with project evaluation.

Ana Dodson founded Peruvian Hears when she was only 11 years old. She had been adopted by the Dodson family as a baby from Cusco, Peru, in 1992. When Ana visited Peru in 2003, she was moved by the extreme poverty and found her life’s mission to improve conditions in her home land for other children, especially young girls. Peruvian Hearts is the founding partner of Visionaria Peru and continues its work to empower the young women of Peru.

In four years, 55 visionarias have installed 62 cleaner cookstoves, sold 61 water filters and 75 solar lanterns, and addressed 145 students in workshops. Some 1,640 individuals have been touched by this work, Visionaria Peru calculates.

Visionarias themselves report positive results in their own lives: 80 percent said participating in Visionaria Peru improved their status in their communities, and 100 percent agreed or strongly agreed that the program improved their capacity to imagine and create change in their lives and the lives of others.

“The program helped me a lot because I had visions and goals, but I did not feel capable in making decisions,” says one girl in an assessment. “Now I am capable of making decisions and taking risks for my life.”

Peruvian Rotarians are preparing to take full control of the project once Rotary funding ends this year.

Rosa, meanwhile, believes she will find a good job in chemical engineering with “perseverance and with my sacrifice.” Getting to the university in Cusco is a four-hour trip several times a week, but the time she has put in has borne fruit: She just completed an internship at a top laboratory in Lima, Peru’s capital.

She is quick to credit Peruvian Hearts for its steadfast support. And she praises Visionaria Peru, which helps “us to believe more in what we may be able to achieve each day, empower us, and give us strength to achieve our dreams.”

The Old Main Cottonwood is indeed getting new life. In October, cuttings were taken from the canopy of the tree by Facilities Management arborists Aquino and Joel Serafin. END_OF_DOCUMENT_TOKEN_TO_BE_REPLACED 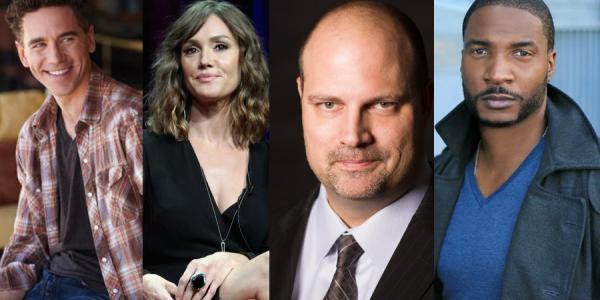 Here’s a little story about a little Hollywood movie, and a bigger story about how several CU Boulder alums have forged Hollywood careers. END_OF_DOCUMENT_TOKEN_TO_BE_REPLACED 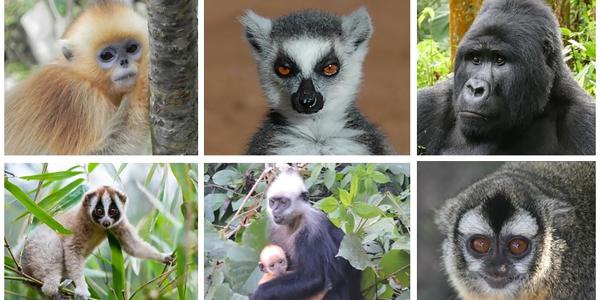 The first question in conservation is whether to focus on conserving species or habitat. Anthropologist Joanna Lambert has proposed conservation tactics that focus on particular primate species. END_OF_DOCUMENT_TOKEN_TO_BE_REPLACED
Issue: Fall 2016
Return to the top of the page