Gail Nelson has advice for anyone pondering a career in intelligence in an extraordinarily complex 21st-century global landscape: Read, read, and then read some more, particularly classical literature and foreign-intelligence histories. And while you’re at it, become an expert in the geopolitics and cultures of one region in the world.

“You don’t need intelligence sources for higher logic. Just read what scholars are writing about in your regional specialty,” says Nelson, who earned a PhD in political science from the University of Colorado Boulder in 1979. 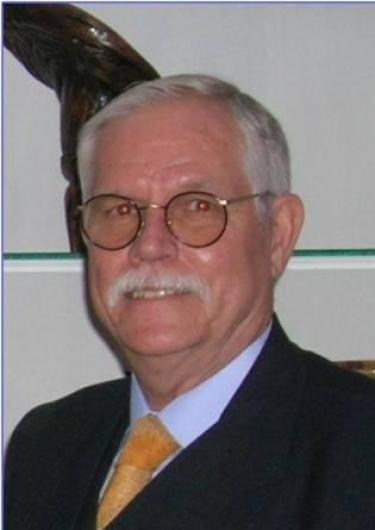 Gail Nelson in the United States and, at top of page, at work in Afghanistan. Photos courtesy of Gail Nelson.

“Anybody who wants to enter the intelligence profession must develop habits of mind that include staying abreast of scholarship in his or her chosen region; otherwise that person will not be competent to advise senior leaders on national-security issues or adversary intentions — resulting in potential if not fatal miscalculation by decision makers.”

Perhaps not as sexy as the slam-bang exploits of fictional superspies like James Bond or Jason Bourne, Nelson speaks from legendary experience. He was the Warsaw Pact Political Affairs analyst to the commander-in-chief of U.S. Army ground forces in Europe during the rise of the anti-communist Solidarity movement in Poland.

“The knee-jerk reaction in Washington, D.C. was, ‘Oh my God, the Soviets are going to invade Poland,’” Nelson says.

After finishing his dissertation, “Soviet Decision Making for Defense,” in 1979, he kept abreast of the latest scholarship on Poland and the Soviet Union and was certain that conventional wisdom about Soviet intentions was wrong.

In October 1980, he put his career on the line and advised senior officials that the Red Army would not invade Poland as it had in Hungary in 1956 or Czechoslovakia in 1968. Instead, he warned, Polish Communist authorities were preparing for a national crackdown and would declare martial law — which they did, on Dec. 13, 1981.

“I was well informed about Polish regime internal security capabilities since 1945, based on texts by renowned scholars specialized in East European communism,” Nelson says.

“Contemporary intelligence analysts had become so obsessed with Soviet military power that they had overlooked the edifice of internal security institutions constructed by Stalin in Eastern Europe during the postwar years. These forces were trained with the sole mission of suppressing internal dissent.”

Growing up overseas in an Air Force family, first in Northern Ireland and later in Belgium and France, Nelson saw firsthand the decimation of World War I and World War II — including Nazi concentration camps — all in the shadow of Cold War. Those early experiences were the inspiration for his lifelong commitment to human rights, democracy and active opposition to autocratic regimes.

Nelson graduated from California State University, Long Beach in 1966 and was commissioned as an officer in the U.S. Air Force in 1967. He entered training to become a pilot, but a flying career was not to be his destiny.

“Once grounded, I knew that an active Air Force career could not support my vision. I wanted to enter intelligence work, but I was not exactly sure what that meant — I knew it required graduate study to reach this career goal,” he says.

“In a world that is many times more complex than the Cold War, if we are not producing scholars of depth, then we can’t guarantee the president or the joint chiefs or anybody else are getting wise advice — and we are going to inherit the wind.”

Nelson was assigned to the Air Force representative’s office at a Martin Marietta missile plant near Denver, where he remained until completing active duty in 1971. He also began graduate studies in the political science department at CU Boulder, where he was exposed to a broad swath of political thought.

“Professor Edward J. Rozek, the conservative; Professor Conrad McBride, the liberal; and Professor Michael Cummings, on the Left — superb scholars one and all,” he says.

He also registered to receive a quarterly newsletter from Blackwell’s Bookstore in Oxford, England, to ensure he wouldn’t miss any forthcoming books by classical and geopolitical scholars.

After finishing his PhD comprehensive examinations in 1974, Nelson was recruited by the Air Force Intelligence Service and assigned to the Pentagon to research Soviet strategic-weapon systems. He later joined the U.S. Army Civilian Intelligence in Heidelberg, West Germany.

He retired from civil service in 2001 as chief of intelligence estimates for the U.S. European Command. Since the terrorist attacks of Sept. 11, 2001, he has served as a senior intelligence advisor in Afghanistan, the Philippines and Iraq.

As Richard Hofstadter’s Pulitzer Prize-winning 1964 classic, Anti-Intellectualism in American Life, revealed, dismissing and discounting intellectuals as “eggheads” is an old American pastime. Scholars should be in the vanguard of security and intelligence, Nelson argues, but anti-intellectual attitudes have not well served the United States.

“Europeans are ahead of us in understanding foreign cultures. When you throw these experts into Afghanistan or Iraq or Africa, most of them are already scholars in those regions,” he says. “Compare that to a guy who ‘comes out of Kansas’ who doesn’t have that skill set.”

At a time when politicians feel free to brazenly disparage academics, Nelson says it’s vitally important to bring up a new generation of highly trained specialists in geopolitics — let’s call them eggheads — to keep leaders informed.

“In a world that is many times more complex than the Cold War, if we are not producing scholars of depth, then we can’t guarantee the president or the joint chiefs or anybody else are getting wise advice — and we are going to inherit the wind,” he says.

But there is, he acknowledges, “the human factor.” The costly war in Iraq was, “one of the biggest failures of our national security system,” he says, because of the Bush administration’s “deliberate aversion to expert advice while in pursuit of agendas having nothing to do with 9/11.”

Still, he remains cautiously optimistic that procedures are in place to guide future presidents who may be inclined toward impulsive instinct rather than informed advice.

“Once they win an election, presidents immediately crash into reality. And reality,” he says, “is defined by people like me.” 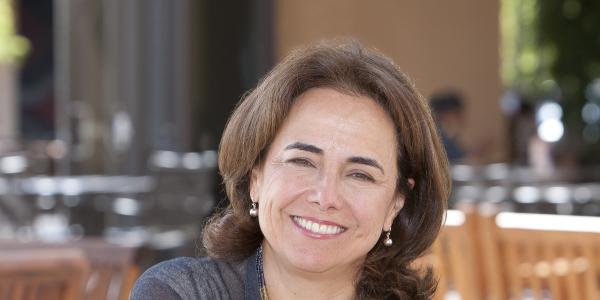 What can you do with a liberal-arts degree? Beth Cross, who graduated from CU-Boulder in 1986 with a BA in political science, has an answer: Become an entrepreneur. She did this in a big way, co-founding Ariat International, a company that specializes in high-performance equestrian footwear and apparel. END_OF_DOCUMENT_TOKEN_TO_BE_REPLACED 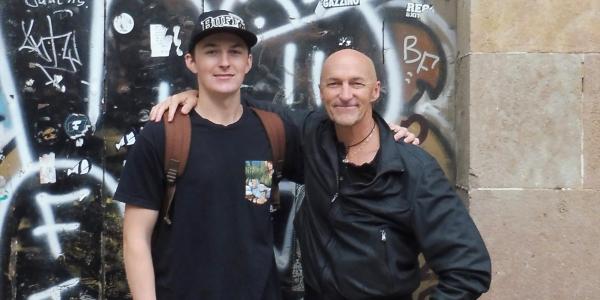 Patrick Mulligan’s father may have transferred from University of Colorado Boulder to graduate from the University of Denver, but his continuing love for Buffs football paved the way for two generations of CU students. END_OF_DOCUMENT_TOKEN_TO_BE_REPLACED 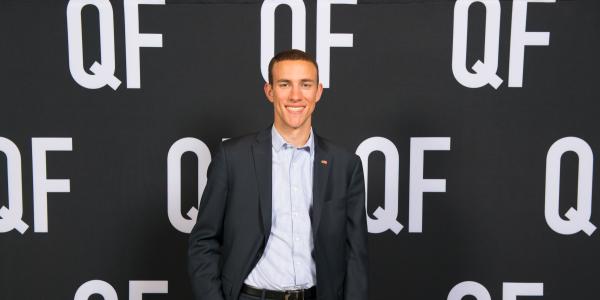 Anyone who has watched the progression in hair color among U.S. presidents—George W. Bush and Barack Obama are two recent, vivid examples—doesn’t doubt the connection between stress and graying. Talk to 26-year-old Derek Dash and he’ll tell you that just working for a presidential administration is enough to do the trick. END_OF_DOCUMENT_TOKEN_TO_BE_REPLACED
Issue: Fall 2016
Tags:
Return to the top of the page