There was no consoling the Iraqi woman, who was forced to leave her children behind when she fled the war, and an abusive marriage, in her home country.

As a refugee, she was resettled in Aurora, where she visited the Colorado Refugee Wellness Center to meet with a counselor. 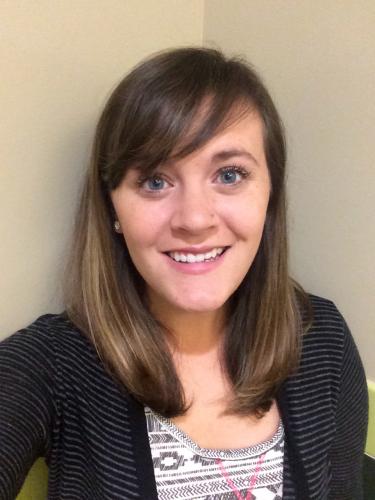 Jamie Pledger’s voice cracks a little as she recalls the woman’s story.

“She was so sad, just so sad,” says Pledger, who provided the woman with short-term counseling. “She was a very strong lady who decided she wasn’t going to allow herself to be treated that way, but there was nothing she could do to take her children with her.”

As part of her graduate work in International Disaster Psychology this spring, she interned at the Colorado Refugee Wellness Center, which is a collaboration between Metro Community Network Providers (MCPN) and Aurora Mental Health Center. Pledger conducted required mental health screenings for newly arrived refugees, in addition to counseling.

From her experience, she outlined some psychological challenges facing refugees as they adapt to their new surroundings. And she dispelled some myths.

“A lot of people think refugees must be so traumatized and so relieved to be in a safe place. But those are both sort of wrong ideas,” she explains. “Many people, despite their difficult past environments, still consider those places to be home, and it is incredibly difficult to be forced from home.”

She emphasized that people are very resilient, but that as individuals, each has a different reaction to hardship.Surprisingly, screenings rarely point to significant mental-health issues. But that doesn’t mean emotional distress or a disorder is absent. Cultural differences and fear of stigma can mask the appearance of post-traumatic stress, depression or psychosis.

“There is a huge issue with refugee psychology testing between venues,” Pledger explains. So conducting a traditional depression screening, like one you might get at the doctor’s office in Boulder might not work in a place like Bhutan.

“These tests have not been validated and normed cross-culturally and the little research we do have shows that people in different parts of the world can display signs of psychological distress quite differently.”

In a multicultural setting, uncovering and treating these conditions involves more than asking psychological questions; it means engaging in life stories that can capture what a test cannot.

“No one takes the time to ask ‘what’s the story behind the disorder?’” Pledger says. “Mental health becomes a label instead of a narrative, when it should be a narrative, because it came from somewhere.”

“When there is conflict in the world, no matter how far away, it affects us all. We can no longer participate in ‘othering’—choosing not to care about the world around us—because in the end, we are all human.”

While the screenings include questions about how clients are adjusting to their new neighborhoods and whether they have found work, Pledger’s interviews gave her more significant insights into her clients’ experiences.

For instance, she commonly encountered clients whose lives and families were threatened in their home countries because they had served as interpreters for the U.S. military.

“With an established client, I might ask questions like, ‘what does it feel like to talk to an American, when my country is responsible for a domino of actions that affected you?’” she says.

It’s important to recognize that refugees have been touched by the United States in some way, positively or negatively. “Most arrive with a complex relationship with, or idea of, the U.S.,” she explains.

Pledger’s keen sense of empathy and broad-mindedness are due, at least in part, to her adventurous childhood.

“My mother loved to travel, so I traveled a lot internationally, where I was exposed to other cultures,” she says. “I always had the idea of wanting to work for the U.N.”

And while she considered studying international relations, she chose to major in psychology at CU because of the personal, hands-on relationship aspect. Honoring her patriotism and roots in the United States, as well as working with international populations were both important in her choice of career.

“It was the idea of being a bridge between that is a perfect blend for me,” she says. “You can connect with people suffering, anywhere.”

While her clients shared their stories, Pledger looked for psychological distress indicators such as severe anxiety, irritability, insomnia or chronic nightmares. These can be signs of adjustment disorder or post-traumatic stress disorder.

“You get concerned when they talk about something over and over, because that can be an indication of distress,” she says, emphasizing that each case is judged individually. “But one of the biggest ways you see mental health come across is somatically. Some people will have a lot of stomach aches and headaches that doctors can’t explain.”

Complaints of chronic stomach pain are one thing, but hearing voices or seeing things that aren’t there is an aspect of health that clients aren’t often willing to discuss.

“There are some people that laugh when you ask about psychosis,” Pledger says. “Mental health is often really taboo in the countries where they are coming from.”

Moreover, there can be fear of punishment.

“In certain communities, there is a view that if you score high on the screening, something bad is going to happen to you, such as being removed from the U.S. or forced to return home,” she explains. Clients are sometimes told by others to answer “no” to all questions.

Cultural differences in navigating mental health represent just a few of the significant challenges to integrating refugees to their new home. Pledger felt the weight of that endeavor with the Iraqi woman.

“We were hoping that getting her to see her own strength would help relieve that depression,” Pledger said. “But she saw herself as a failure because she couldn’t protect her children.”

Although she did not get to see the outcomes of counseling after the woman discontinued counseling, Pledger shared a happy ending for a Bhutanese client who had escaped conscripted military service. He had lost his wife and was the sole caretaker of his young children.

“He had an injury that caused him chronic pain for 15 years,” she recalls. “There was a lot of sadness around that, and the feeling that he was a burden because he was isolated and couldn’t provide for his children.”

Through activities such as mindful coloring and memory games, Pledger and her colleagues at the center helped him realize that his mind wasn’t limited just because he couldn’t physically work. He eventually became confident enough to take English lessons.

“I witnessed him transform,” she says. “He ended up participating in many activities and feeling a lot freer.”

Bhutanese, Burmese, Iraqi and Somali people represent the largest refugee populations in Colorado, according to 2015 statistics from the Colorado’s Division of Refugee Services. Colorado has welcomed a few refugees from the civil war in Syria so far.

An incredibly small number of refugees actually get resettled, Pledger says. “And, on average, refugees spend 17 years in a camp before being resettled.”

Volunteers are needed to help refugees make the transition, and Pledger has some advice for those interested in the refugee crisis abroad and resettlement here. Helping may not mean offering up your house or sending money, although those are options.

Listening can be one of the most powerful tools for recovery.

“When there is conflict in the world, no matter how far away, it affects us all,” Pledger says. “We can no longer participate in ‘othering’—choosing not to care about the world around us—because in the end, we are all human.

“And that’s what you will find if you take the time to listen to the story.” 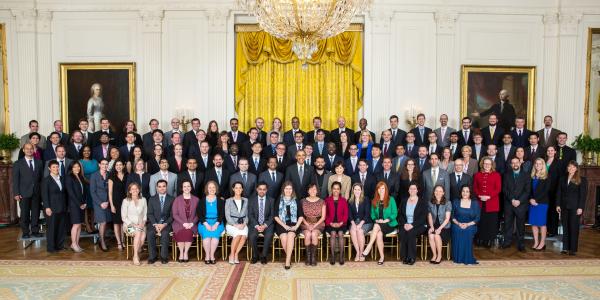 Tina Goldstein, associate professor of psychiatry at the University of Pittsburgh and a CU Boulder alumna, has won the Presidential Early Career Award for Scientists and Engineers. Goldstein is one of a select group of researchers chosen by President Barack Obama to receive this honor. END_OF_DOCUMENT_TOKEN_TO_BE_REPLACED 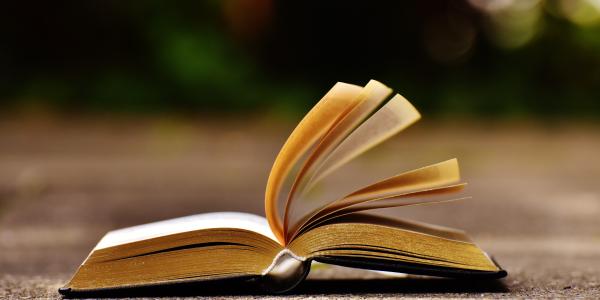 Hamstra will one day be an ecocriticism scholar for an English department not unlike the one here at CU Boulder, “or maybe this exact one,” said Hamstra. END_OF_DOCUMENT_TOKEN_TO_BE_REPLACED 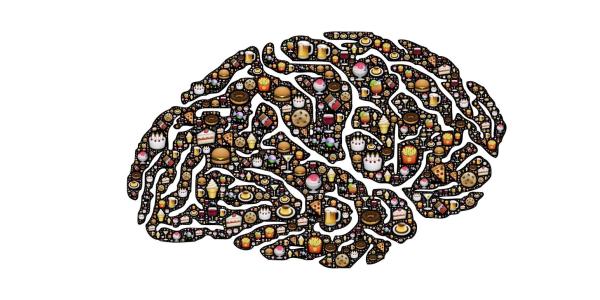 A diet strategy that focuses on the brain

Achieving a healthy weight may be more about what’s going on between your ears than between your lips. That’s according to Eliza Kingsford (Psych’03) in her new book, Brain-Powered Weight Loss. It’s getting rave reviews. END_OF_DOCUMENT_TOKEN_TO_BE_REPLACED
Issue: Fall 2016
Tags:
Return to the top of the page