CU-Boulder dance Professor Michelle Ellsworth is among a diverse group of 178 scholars, artists and scientists from the U.S. and Canada to be awarded a Guggenheim Fellowship this year.

The awardees are appointed on the basis of prior achievement and exceptional promise, and were selected from a group of nearly 3,000 applicants.

According to the John Simon Guggenheim Memorial Foundation, Ellsworth “uses her expansive definition of dance as well as video, text, performance sculptures, and the World Wide Web to explore topics ranging from pharmaceutical art to experimental surveillance.”

Ellsworth said she was “so grateful” to be named a fellow.

“It means I have resources to make a new piece entitled, ‘Post Verbal Social Network,’” she said. “This live performance work investigates what a physically productive, non-language based, non-mediated, pre-industrial, 3D dance/communication looks and feels like.”

Ellsworth did note, however, that a web app accompanies the piece.

For those of us who value dance as more than entertainment, with its inimitable capacity to effect change, Michelle is a gift from the gods.”

Associate Professor Ellsworth earned her MFA in dance from CU-Boulder in 2000, then began teaching as an instructor. She was named assistant professor in 2006. Ellsworth won the Doris Duke Impact Award in 2015; a NEFA National Dance Project Grant in 2014; a Creative Capital Fellowship in 2013; and a USA Artists Knight Fellowship in Dance in 2012.

She has received three National Performance Network Creation Fund Commissions. Ellsworth was also featured in The New York Times’ article Best of Dance 2015 under the heading “Dances With Gadgets.”

"Ellsworth’s work is meticulously designed, thought out and executed,” said CU-Boulder Theatre and Dance Chair Bud Coleman. “She takes unlikely approaches to societal problems and offers options that help break open the receptive patterns of her audience. For those of us who value dance as more than entertainment, with its inimitable capacity to effect change, Michelle is a gift from the gods.”

Since its establishment in 1925, the John Simon Guggenheim Memorial Foundation has granted more than $334 million in fellowships to over 18,000 people, among whom are scores of Nobel laureates, Fields Medalists, Turing Award winners, poets laureate, members of the various national academies and winners of the Pulitzer Prize. 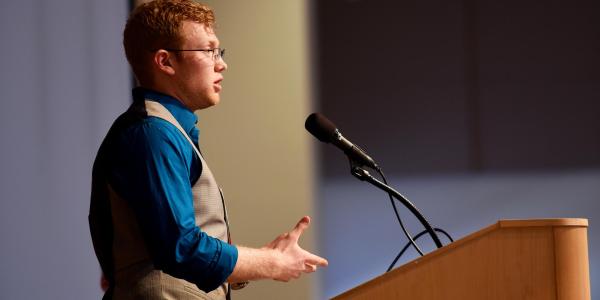 Peter Rock is among scores of students whose tuition costs have been reduced thanks to donors and among the scholarship recipients and scholarship donors who recently shared lunch and conversation. END_OF_DOCUMENT_TOKEN_TO_BE_REPLACED

Sue Baer loves to write, loves children and wants to help others. So it’s no surprise that her newest children’s book tackles a grown-up issue: children with autism. It’s one of many ways she and her husband, Barry, use their time and resources in the service of others. END_OF_DOCUMENT_TOKEN_TO_BE_REPLACED 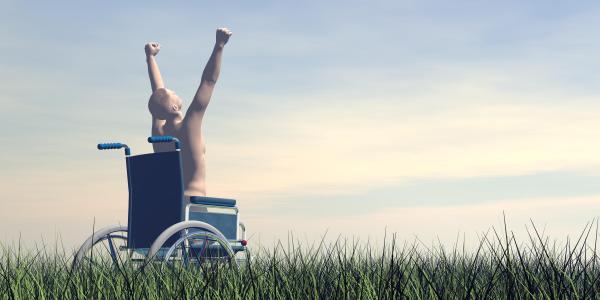 Many scholarships go to the most gifted students: the smartest, the most talented and, of course, the fastest and strongest. CU Boulder’s Robert Wyant Scholarship is granted to students who might be none of the above, but somehow achieve academic success while overcoming the challenges of disability. END_OF_DOCUMENT_TOKEN_TO_BE_REPLACED
Issue: Summer 2016
Tags:
Return to the top of the page