Associate Professor David Gatten became fascinated with cinematography after watching Star Wars at age 7, so it’s no surprise he became a filmmaker. What is remarkable is the work he’s spent his career making and for which he’s widely acclaimed: experimental films using 16 mm film.

Considered one of the foremost filmmakers of his generation, Gatten joined the University of Colorado Boulder Film Studies’ faculty in 2015 as associate director for graduate studies. 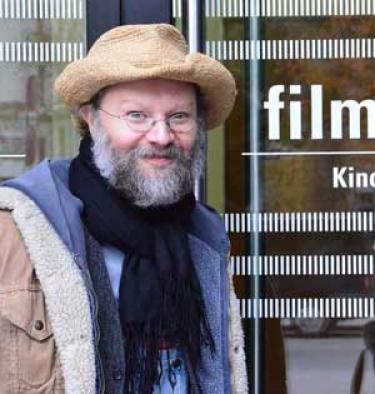 “I am making work that is more in the tradition of visual arts rather than in the tradition of Hollywood cinema,” Gatten said. “Film doesn’t have to be in service of information or entertainment. It can be a way to explore the world. It’s cinema as exploration.”

His journey to a career in experimental film began after he attended a workshop to learn how to process film. The workshop was held on a farm a few hours outside of Toronto. The dark room and processing equipment shared space in the barn with the chickens and cows. Since there was no running water in the barn, participants laid out their film on the ground and rinsed off the processing chemicals with a garden hose.

And the zany experiences didn’t stop there. Gatten’s film was chewed on by the farm dog; it got dirty, and it was stepped on. Though discouraged that his film was ruined, he nevertheless discovered something magical when he processed the film: He loved the visual effects resulting from the wear and tear.

Not only did the film contain the photographic record of what Gatten had shot, but it also bore the impressions of the film’s journey in the world. The dog’s teeth marks were visible, and where Gatten had accidently stepped on the film while the emulsion was wet, the pattern of the barn board was embossed into the film itself.

It all added texture and interest to the film.

“I’m interested in confusion,” he said. “You can’t have discovery or epiphany if you don’t start from a place of confusion or not knowing.”

I’m interested in confusion,” he said. “You can’t have discovery or epiphany if you don’t start from a place of confusion or not knowing.”

For his next project, Gatten wanted to “let the ocean make a movie.” To accomplish this, he put 100 feet of loose film into a crab trap, tied one end of a 50-foot rope to the trap and the other end around his ankle. Then he jumped into the ocean.

The chemical reaction of the salt water with the emulsion and the physical interaction with the waves, sand and fish introduced an experimental quality into the film.

Because 16 mm film is an optical sound format—all sound information is encoded in pulses of light on the film strip—the chemical and physical reactions extend to the sound track. A projector makes the sound based on what happened under the water. No microphone was involved.

Since the projector reads the optical sound, the ocean truly did make the sound as well as the image.

“I continue to be interested in the way materials interact when placed in proximity to one another,” said Gatten, “to have a visual exploration of the properties of a moving image, moving toward something abstract, to have a conversation with the world and with the medium itself.” 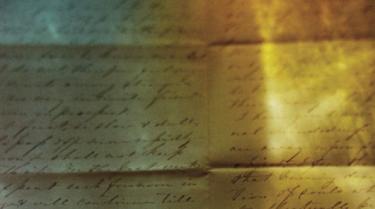 16mm frame still, scanned at 2K from By Pain and Rhyme and Arabesques of Foraging (2012) a David Gatten film. Image courtesy of David Gatten.

Gatten earned his MFA at the School of the Art Institute of Chicago. Prior to joining the CU-Boulder Film Studies’ faculty, he taught film at Duke University. Since 1996, his work has been shown in more than 60 solo exhibitions and screened in more than 1,000 group shows throughout the world.

He is a 2005 Guggenheim Fellow, and his work has twice been included in the Whitney Biennial (2002 and 2006) at the Whitney Museum of American Art, where his work is also in the permanent collection.

Gatten credits two film-studies faculty members with helping launch his career—the late Stan Brakhage and Phil Solomon. Brakhage is considered one of the most important figures in 20th-century experimental, contemporary film. Solomon is an internationally recognized filmmaker whose work has been screened throughout the United States and Europe.

“I met them both 20 years ago,” said Gatten. “It is thanks to them that my work was first shown in New York in 1996. So it’s quite moving to me that 20 years later, here I am at The Brakhage Center in the Film Studies Program.”

Kenna Bruner is an editor at the CU Office of News Services. See related story here. 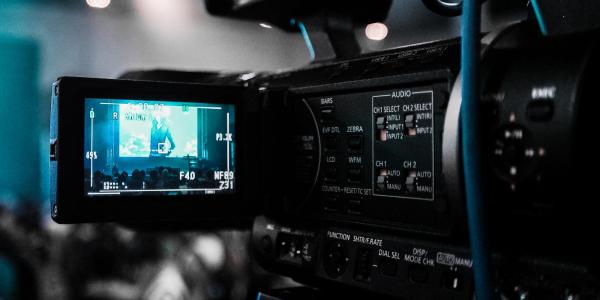 The CU Boulder Department of Cinema Studies & Moving Image Arts has made The Hollywood Reporter’s list of the top 25 film programsin the nation. END_OF_DOCUMENT_TOKEN_TO_BE_REPLACED 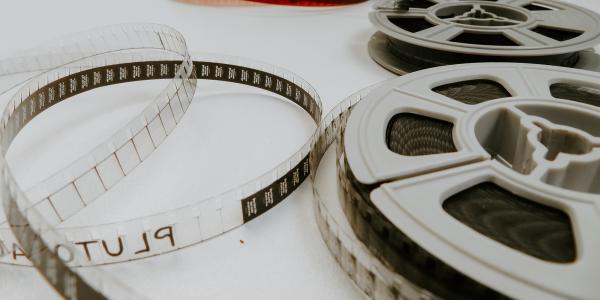 The $188k grant will help develop curricula to give undergraduates hands-on experiences in film archiving and preservation. END_OF_DOCUMENT_TOKEN_TO_BE_REPLACED 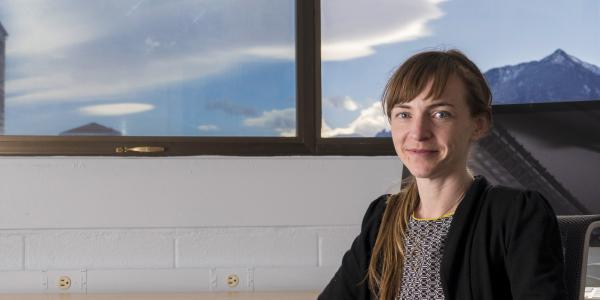 At some point in your life you’ve likely heard that “too much of a good thing” can be bad for you. June Gruber has used science to prove this old adage true. END_OF_DOCUMENT_TOKEN_TO_BE_REPLACED
Issue: Spring 2016
Tags:
Return to the top of the page