Strong and light carbon-fiber composites can be easily and cost-effectively recycled into new material just as strong as the originals, a team of researchers led by the University of Colorado Boulder has found.

Additionally, both the fabrication and the recycling are energy-efficient and comparatively fast, potentially addressing barriers to wider use in manufacturing. For these reasons, the team’s carbon-fiber composites are “unprecedented,” said Wei Zhang, CU-Boulder associate professor of chemistry and biochemistry.

The findings, published in the journal Advanced Materials, address a growing issue with carbon-fiber composites, used in components ranging from jetliners to fishing poles. The composites are popular because they are lighter than aluminum and stronger than steel. 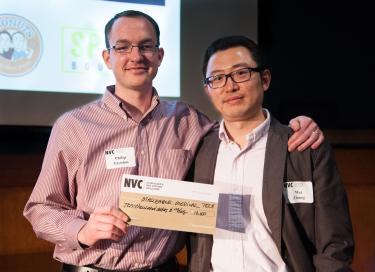 Unlike metal, however, carbon-fiber composite is generally not recyclable.

Millions of pounds of carbon-fiber composites are therefore destined for landfills.

However, “we can achieve complete recyclability” of both the glue and the carbon fiber, Zhang said.

Philip Taynton, who earned his PhD in Zhang’s laboratory last year, is lead author on the paper in Advanced Materials and co-founder of a start-up company working to bring the novel carbon-fiber composites to market.

We reuse all of the stuff that we recycle, that we reclaim. … There’s nothing we have to throw away..."

The company’s name — Mallinda — is itself a composite of the words “malleable” and “industries.” Taynton and Zhang have also discovered a way to make hard but malleable plastics that can be refashioned into new, equally strong plastic using just heat or water.

Recycling the team’s carbon-fiber composites is also simple, Zhang said: “at room temperature, soaking in an organic solution for some time, that’s it. It’s really energy-efficient and eco-friendly.”

Taynton added, “We reuse all of the stuff that we recycle, that we reclaim. … There’s nothing we have to throw away.”

Carbon fibers have high tensile strength but are brittle. Adding a strong glue to the carbon filaments holds the fibers in place, yielding a composite that’s stronger than either of its components. “It’s like soaking your T-shirt in glue and letting it dry,” Taynton said.

The CU-Boulder team’s composites can be formed in 60 seconds. 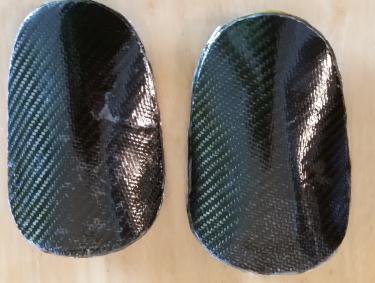 Mallinda LLC, which Zhang and Taynton co-founded with CU-Boulder alumnus Chris Kaffer, has gotten $150,000 in support from an NSF Small Business Innovative Research Grant. Kaffer holds an MBA from CU-Boulder and a PhD in immunology from the University of California, Berkeley.

The company’s first marketing target will be sporting gear such as shin guards. “You can mold it directly to your body, but it will take whatever impact you can throw at it,” Taynton said.

Co-authors on the Advanced Materials paper are Chengpu Zhu, Samuel Loob and Yinghua Jin at CU-Boulder; Huagang Ni at Zhejiang Sci-Tech University in Hangzhou, China; and Kai Yu and H. Jerry Qi at the Georgia Institute of Technology.

The research was funded by the National Science Foundation and the Colorado Advanced Industries Accelerator Grant program.

The Old Main Cottonwood is indeed getting new life. In October, cuttings were taken from the canopy of the tree by Facilities Management arborists Aquino and Joel Serafin. END_OF_DOCUMENT_TOKEN_TO_BE_REPLACED

Professors in theatre, biology and environmental studies team up to focus on creatively communicating climate science through the arts and social sciences. END_OF_DOCUMENT_TOKEN_TO_BE_REPLACED