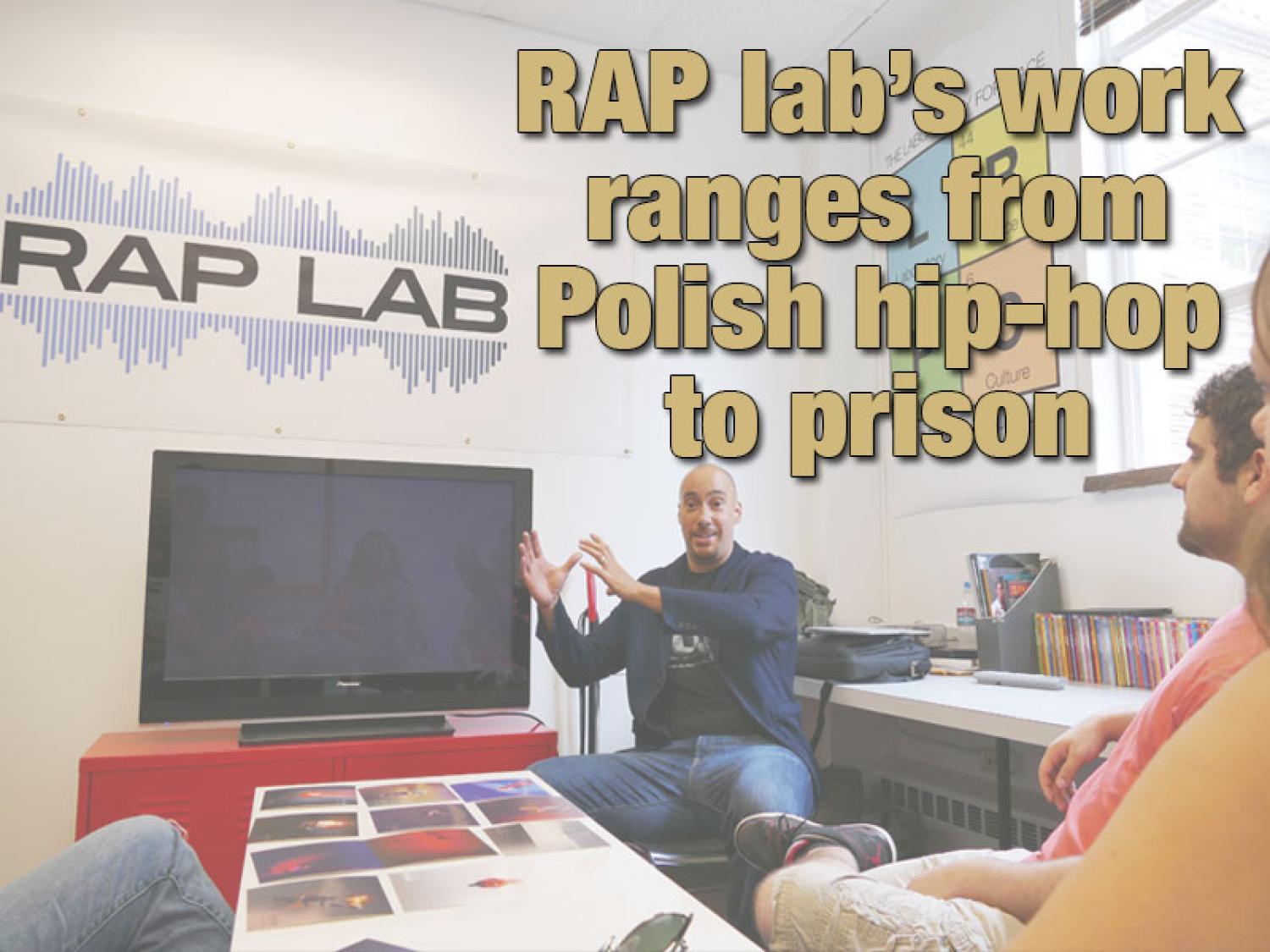 Adam Bradley is a study in contrasts: a hip-hop expert who grew up in Salt Lake City, dissecting the literary devices of Shakespeare in one breath and Slick Rick in the next. He teaches in English, but his RAP Lab is in the chemistry building

Relatively few sentences juxtapose the words “professor” and “hip-hop.” Ditto for “Mozart” and “Mos Def” or “Emily Dickinson” and “Lauryn Hill,” or even “literature” and “laboratory.” Adam Bradley, an associate professor of English at the University of Colorado Boulder, is assiduously changing that. 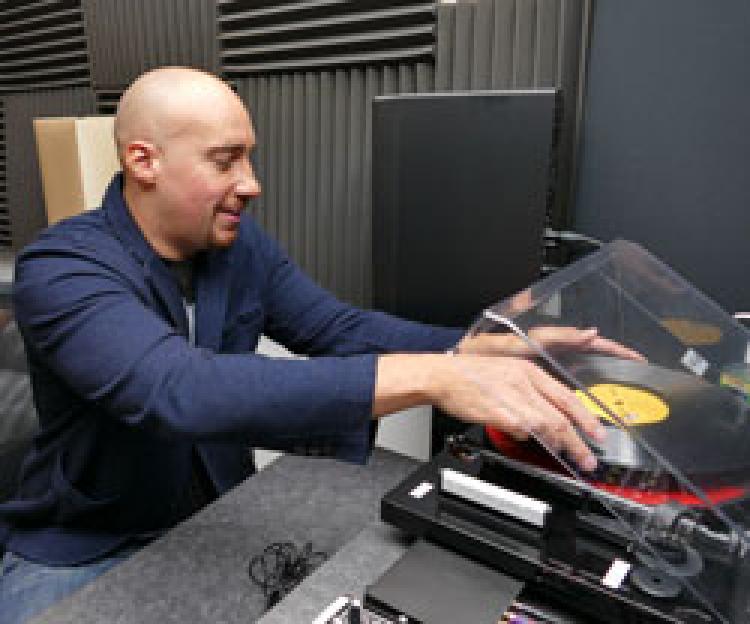 Adam Bradley in the RAP Lab, which is in the Cristol Chemistry Building. Photo by Glenn Asakawa.

Now beginning its third year, Bradley’s Laboratory for Race and Popular Culture—or RAP Lab—at CU-Boulder is spreading the scholarship of hip-hop around the world and into K-12 classrooms.

Like his scholarship, Bradley is a study in contrasts. He’s a hip-hop expert who grew up in Salt Lake City. He can dissect the literary devices of Shakespeare in one breath and Slick Rick in the next. He teaches in the English Department, but his RAP Lab is in the Cristol Chemistry Building, bustling with chemists wearing lab coats and eye protection.

"We want to understand what’s going on with the language and the flow of lyrics, but also what’s going on culturally when something like hip-hop, which is born in an African-American context, gets taken over to a country like Poland, which is 98 percent white.”

The RAP Lab is a “humanities hothouse” for cutting-edge research, teaching and outreach. Here, Bradley and a cadre of student and post-doctoral researchers are striving to understand the differences and similarities between American hip-hop and Polish hip-hop.

“We want to understand what’s going on with the language and the flow of lyrics, but also what’s going on culturally when something like hip-hop, which is born in an African-American context, gets taken over to a country like Poland, which is 98 percent white,” Bradley says.

For now, the Colorado-Poland work is in the “proof of concept” stage—to show there’s valuable information to be gleaned by comparing American and Polish rap.

Bradley and a colleague in Poland are compiling a global catalog of artists and scholars. So far, they’ve found potential collaborators in 26 countries; they could help answer questions about how hip-hop is expressed in other cultures and countries.

Why start with Poland? A Polish scholar of hip-hop contacted Bradley and told the CU-Boulder professor how much his scholarship had influenced him. 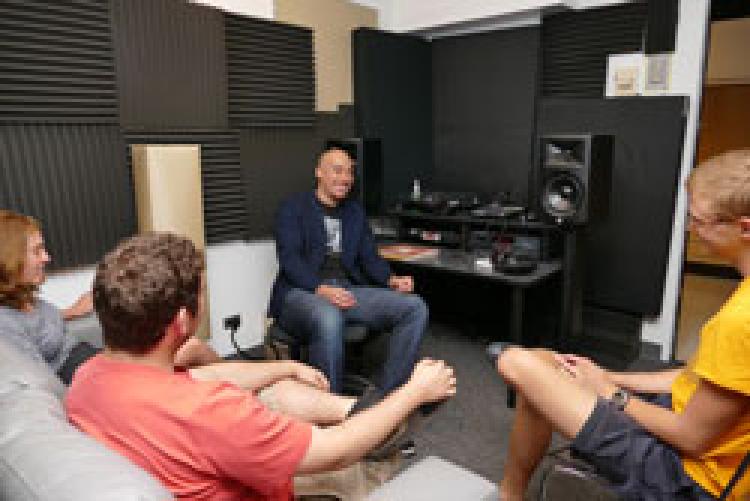 Adam Bradley works with students in the RAP lab. Photo by Glenn Asakawa.

The Polish scholar had even published two books that mirrored two of Bradley’s own, Book of Rhymes: The Poetics of Hip-hop, which Bradley wrote, and The Anthology of Rap, which he co-edited.

Like the global hip-hop initiative, the RAP Lab got involved with Colorado prison inmates after an unsolicited contact.

Lisi Owen, executive director of the Colorado Prison Law Project, heard Bradley on Colorado Public Radio discussing his Hip-hop in the Classroom initiative, which helps students understand how hip-hop and literature employ many of the same devices—thereby helping students relate to and possibly even study literature.

Owen told Bradley that two inmates had been developing something called the Gang Awareness Program (GAP) and suggested that Bradley make a hip-hop-related presentation to them.

After extensive discussions with the inmates, Bradley decided what they needed was not “for me to go in and run my own little show, but rather to support what they’d already done.”

This differs from most gang-related programs, which insist that inmates renounce their gang affiliations, resulting in very low rates of success.

The inmates have created a program that allows for self-transformation, “sometimes revolutionary change, without renunciation.”

The RAP Lab’s role is primarily supporting the inmates’ work: sending books, making connections to outside experts, providing an ear. Bradley’s students are also researching other prison programs’ efficacy so as better to support GAP’s development.

Bradley emphasizes that the work with inmates reflects a common theme in literature, “that people are complex, far more capacious than we allow—that they can contain contradictions and can transform themselves.”

To learn more about the RAP Lab, see http://raplab.colorado.edu. 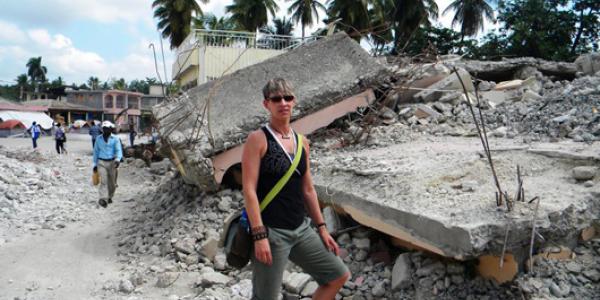 In a national project designed to help communities cope with extreme events, Liesel Ritchie, associate director for research at the Natural Hazards Center in the Institute of Behavioral Science at the University of Colorado Boulder, has been chosen by the National Institute of Standards and Technology (NIST) to serve as a Disaster Resilience Fellow. END_OF_DOCUMENT_TOKEN_TO_BE_REPLACED 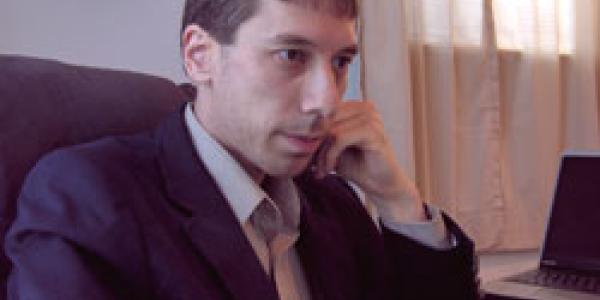 The ‘moral illusion’ of governmental authority

Michael Huemer asks his students to imagine being a neighborhood vigilante. Suppose, he says, you... END_OF_DOCUMENT_TOKEN_TO_BE_REPLACED 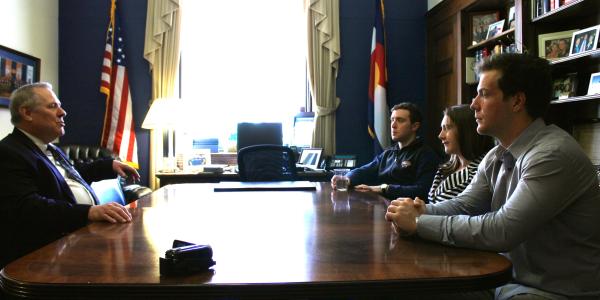 How to launch a career? Maybe we'll CU in D.C.

The CU in D.C. Program gives students the chance to live, study and work in the capital, and while it attracts political science majors, it’s open to all majors, and internships run the gamut from the humanities, sciences, nonprofits to government service. Just ask these students. END_OF_DOCUMENT_TOKEN_TO_BE_REPLACED
Issue: Fall 2015
Tags:
Return to the top of the page