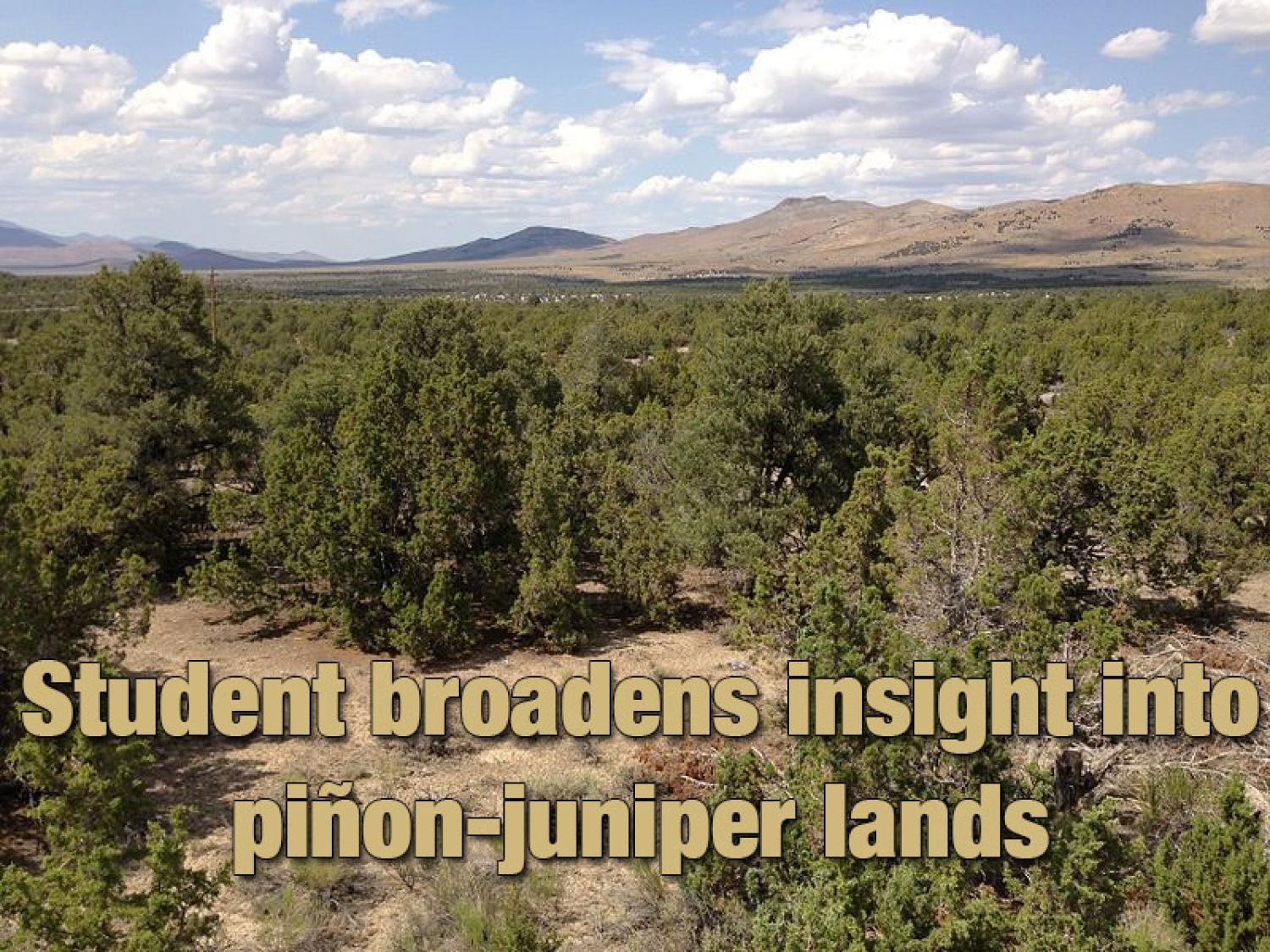 From crusts and dust to nuts and chains to climate and cattle, grad student aims to fill gaps in knowledge of vast and important woodlands

Ecosystems dominated by species of piñon and juniper, a spatially extensive vegetation type in the United States, are among the most predominant vegetation types administered by U.S. land management agencies.

That means, among other things, that millions of acres of piñon-juniper woodlands have been subjected to numerous land-management techniques since 1950, including various methods of tree removal.

The long-term consequences of those actions are still poorly understood, but Miranda Redmond, a doctoral student in the University of Colorado Boulder Department of Ecology and Evolutionary Biology (EBIO) has been working hard to change that. 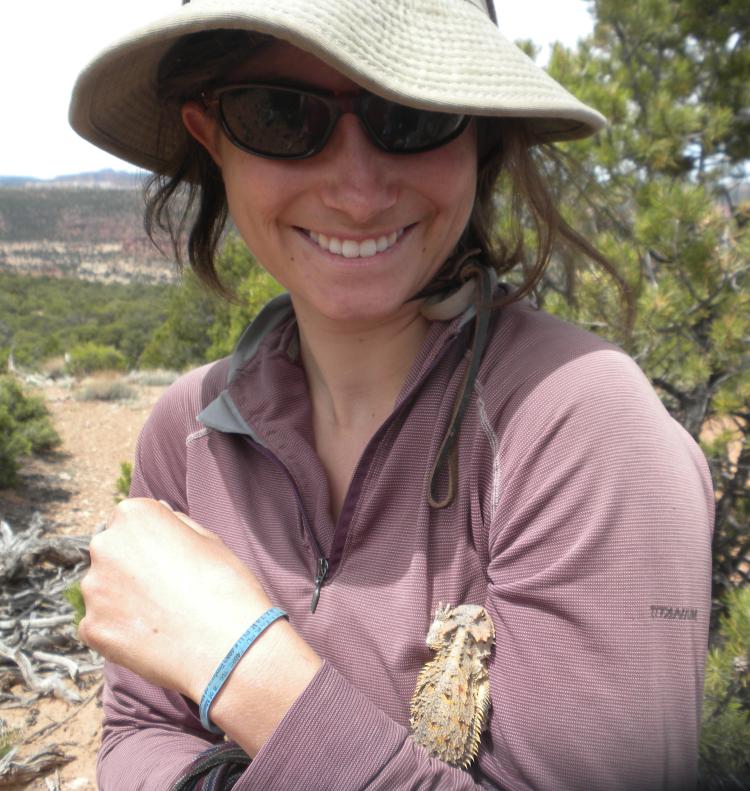 Miranda Redmond pauses for a moment with a horned lizard on her arm in 2011 as she works on Wray Mesa, Utah, near the La Sal Mountains. Photo courtesy of Miranda Redmond.

In just the past two years Redmond has been the lead author on several papers examining the precipitous decline of piñon-nut production and the effects of vegetation management on Bureau of Land Management lands, including the effects of burning, chaining and “mastication” to remove woody plants in an effort to increase grasses for grazing livestock, restore wildlife habitat, and reduce the risk of wildland fires.

“We use our national lands pretty heavily. We enjoy them and the services they provide”—everything from recreation to livestock grazing to water management—“and it’s important to know how to effectively manage them for both the increased resilience of ecosystems in the future and to maintain them today,” says Redmond from Cape Town, South Africa, where she currently is studying invasive woody species.

Redmond and her frequent co-author, EBIO Assistant Professor Nichole Barger, have carved out something of a niche as piñon specialists, from the effects of climate change on piñon-nut production to management techniques and tree regeneration following mortality from pine beetles and drought.

In one recent paper, published in Ecosphere, co-authored by Barger and Frank Forcella of the U.S. Agricultural Research Service, the researchers found that piñon-pine seed production has declined by 40 percent at nine study sites across New Mexico and northwestern Oklahoma since 1970. The study was the first to look at the effects of climate change on piñon cone production.

The nuts, a small but culturally and economically important product in the Southwest, particularly among American Indians and other harvesters, take two years to mature. Production is higher when late-summer temperatures are cool, Redmond says.

“The biggest declines in cone production we measured were in areas with greater increases in temperatures over the past several decades during the March to October growing season,” she says.

Redmond also was lead author on a paper in the July 2014 issue of Environmental Management that examined how three “woody fuel reduction” techniques affect herbaceous understory in piñon-juniper woodlands two years after they are applied.

Another paper, published in the June 2013 issue of Forest Ecology and Management, found that “chaining” to reduce piñon-juniper cover resulted in increased long-term grass growth. But chaining and/or post-treatment grazing patterns also reduced “biocrust cover,” which stabilize soils and can provide an important source of nitrogen to these semi-arid ecosystems.

Other researchers are investigating the implications of diminished biological soil crusts, including possible links to dust storms, which, in turn, may have unforeseen consequences. For example, red dust from a hundred miles away accumulates on high-mountain snowfields and glaciers, causing faster snowmelt. Dust storms also can cause traffic accidents, breathing problems and asthma in metropolitan areas.

Crusts and dust, nuts and chains, climate and cattle—Redmond ultimately sees herself as connecting these and other myriad dots.

As Barger observes: “Pinon-juniper ecosystems are important vegetation type across the western U.S. providing critical wildlife habitat and resources for human (e.g. firewood, pine nuts). Over the past decade we have observed substantial mortality across some regions.

“The important question is, what comes next after a significant mortality event and what will vegetation response to these mortaility events look like in a world that is warmer and drier than when many of these very old trees were born? Miranda’s work is critically important in answering these questions.”

“The goal of my dissertation is to understand the effects of climate change and land management on piñon-juniper ecosystems. I want to highlight that we really do need more research to understand the implications, the longer-term and shorter-term effects,” she says.

Clay Evans is director of public relations for CU Presents. 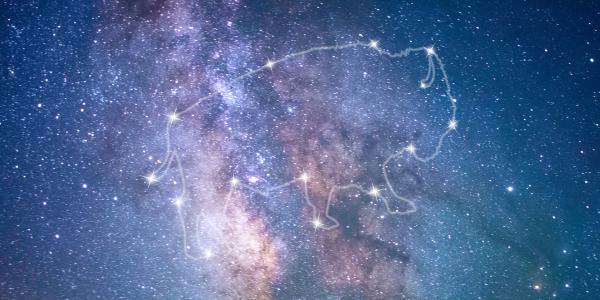 Alumni are making a difference across the globe; meet a trio of them. END_OF_DOCUMENT_TOKEN_TO_BE_REPLACED

The Old Main Cottonwood is indeed getting new life. In October, cuttings were taken from the canopy of the tree by Facilities Management arborists Aquino and Joel Serafin. END_OF_DOCUMENT_TOKEN_TO_BE_REPLACED
Issue: Spring 2015
Tags:
Return to the top of the page