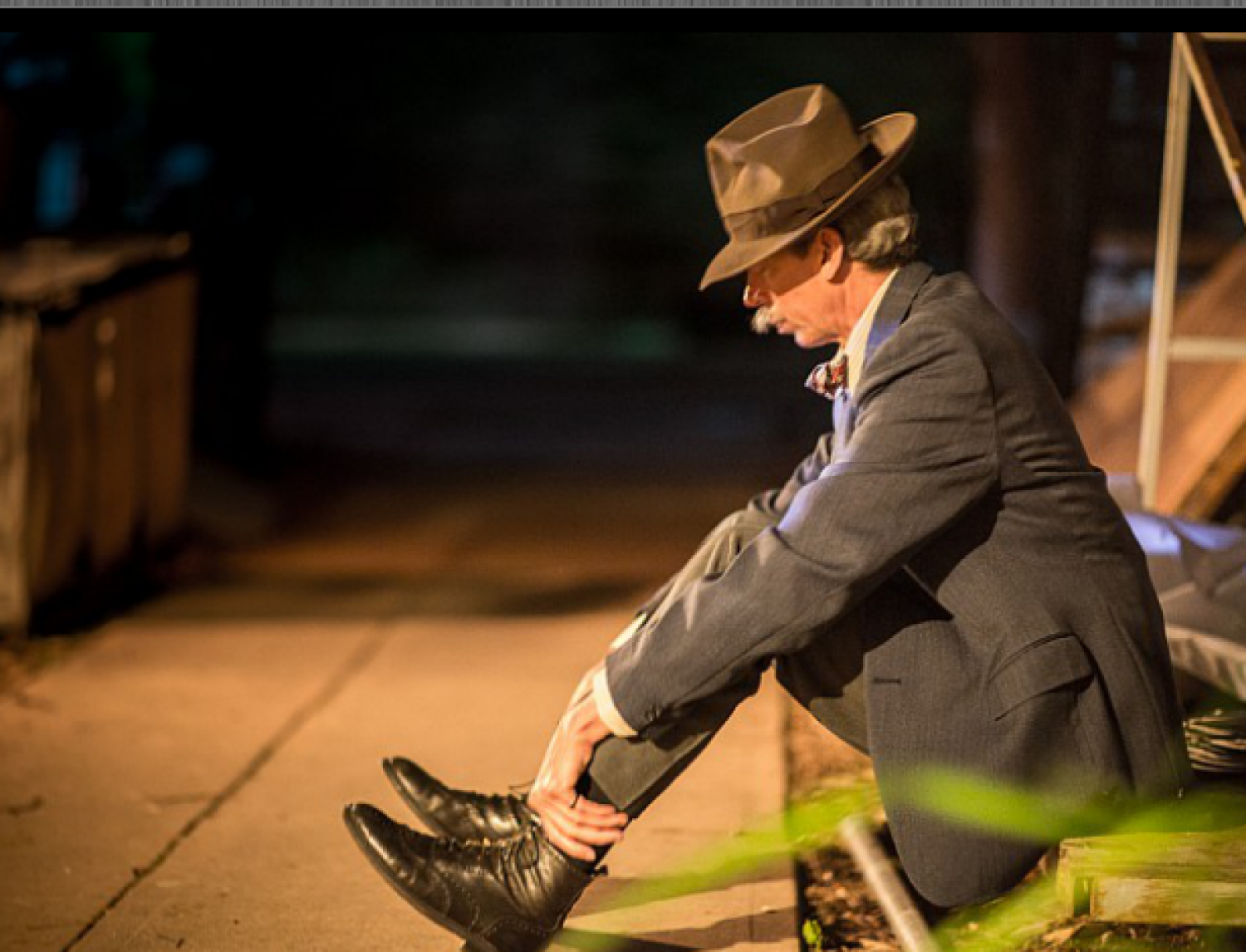 Bud Coleman, as Robin Starveling, prepares himself backstage before the final dress rehearsal of “A Midsummer Night’s Dream.” Photo by Zach Andrews.

Oberon and Titania are going at it in the middle of a hot May afternoon, trading thinly veiled — and not so — insults during a rehearsal of the Colorado Shakespeare Festival’s production of “A Midsummer Night’s Dream.”

While other actors not involved with the scene lie in the sun outside the University Theatre building or fiddle with their iPhones, Bud Coleman is rapidly ticky-tacking away on his laptop outside the Charlotte Irey Theatre. 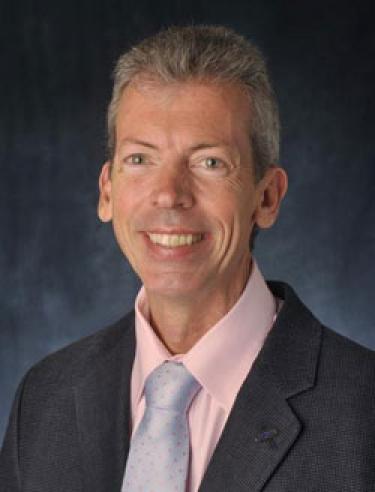 “Fortunately I do like to multitask,” says Coleman, who is chair of the Department of Theatre and Dance and who also is playing Robin Starveling in the play this summer. “It doesn’t upset me to change projects on a dime, so if we have a break in rehearsal, I’ll get online and take care of emails.”

Actually, he does a lot more than that. In the midst of this hectic schedule, he’s also going over galley proofs of “Back Stage Pass: A Survey of American Musical Theater” (Kendall Hunt), a textbook he co-authored with Pamyla A. Stiehl. He’s also traveling to London in July for a conference.

That makes him one busy man this summer. During rehearsals, Coleman says he was rising at 6:30 a.m. and going to bed after midnight.

“If I really thought about it, I would collapse,” he says. “But working alongside people like Nigel Gore” — the English actor playing Bottom in “Midsummer” and the title role in “Macbeth” — “and all these unbelievably talented people gets me through the day. That really feeds me.”

Coleman is chair of the executive committee that oversees CSF and has been at CU-Boulder since 1993, but this is the first time he’s performing for the festival.

“Bud is such a talented performer with a long resume of professional credits. We just didn’t have the right fit within our company for the fairly small, but important, comedic role of Robin Starveling in ‘Midsummer.’ So I called in a favor and asked Bud if he would step, in and he didn’t hesitate. And he’s absolutely fantastic to watch on stage,” says Tim Orr, interim producing artistic director for CSF.

Coleman, a former professional dancer and actor, has numerous directing and choreographic credits at CU. But he began acting in department productions only in 2011, when he took a role in “You Can’t Take It With You.” This spring, he played Queen Elizabeth I in “As You Like It.”

“As an undergraduate I played Lysander (in ‘Midsummer’) but I wasn’t any good,” he says. Playing one of the comical “rude mechanicals” suits him perfectly. “I’m a funny guy, a character actor, so this part is definitely a fit for me. … I’m loving this. Shakespeare really is similar to musical theater in that there are larger-than-life characters and a lot of imagery in the language that you really have to make sense of.”

Being a part of the long, proud CSF tradition, he says, is deeply gratifying.

“With my direct involvement recently as chair of the (CSF) executive committee, it’s incredibly exciting to be a part of this legacy in a different way,” he says. “To be part of this continuum is really an honor.”

For more information on the Colorado Shakespeare Festival, see www.coloradoshakes.org

The Old Main Cottonwood is indeed getting new life. In October, cuttings were taken from the canopy of the tree by Facilities Management arborists Aquino and Joel Serafin. END_OF_DOCUMENT_TOKEN_TO_BE_REPLACED

Professors in theatre, biology and environmental studies team up to focus on creatively communicating climate science through the arts and social sciences. END_OF_DOCUMENT_TOKEN_TO_BE_REPLACED