From Mozart to Mos Def (and Dr. Seuss) 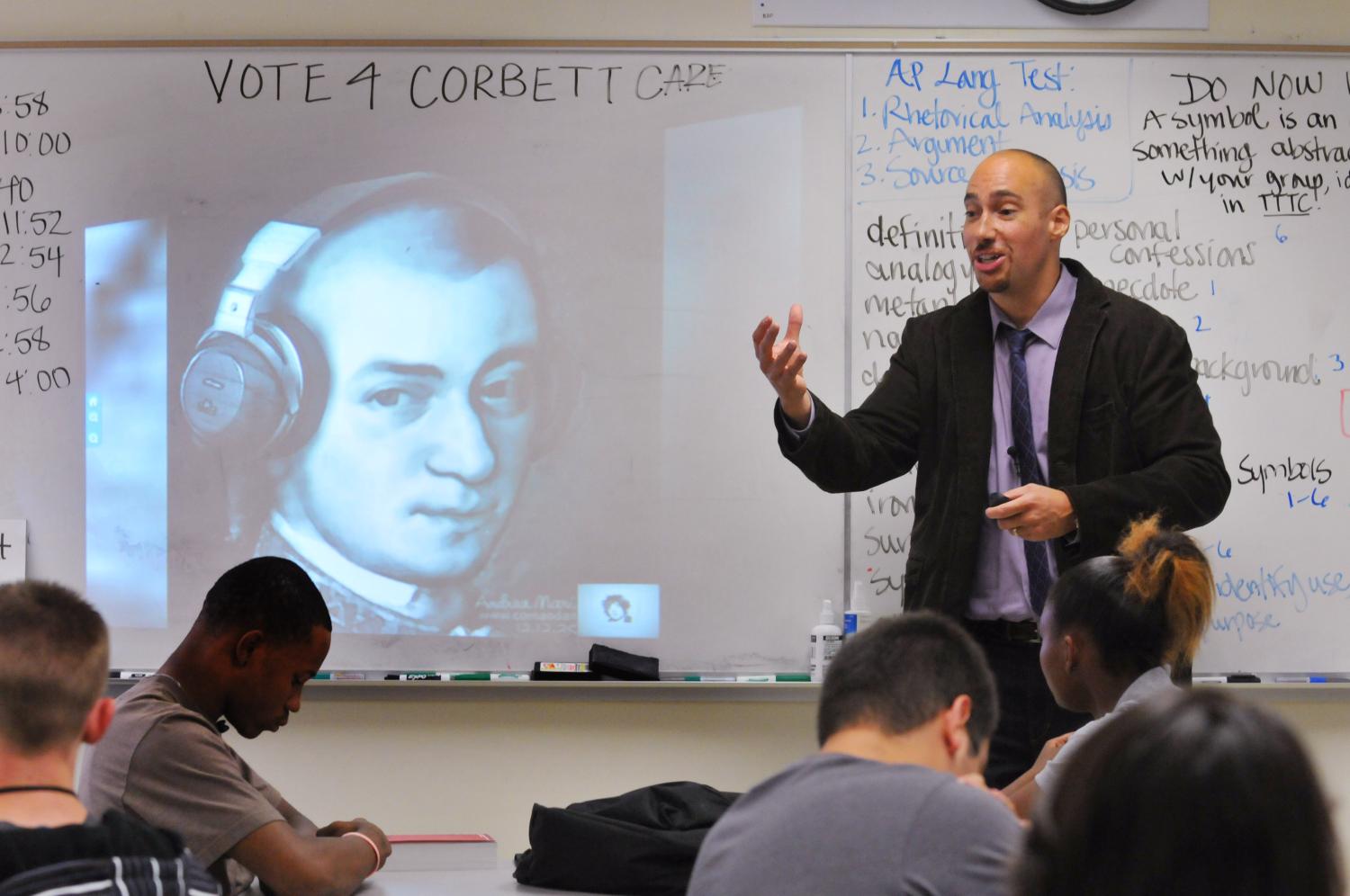 Not just anyone can vividly trace a thread weaving through a zebra’s stripes, a partly crumbling brick wall, a Jackson Pollock painting, a Mozart piano sonata, Dr. Seuss’ “Fox in Socks,” Gwendolyn Brooks’ “We Real Cool,” and even a rap duet by Mos Def and Slick Rick.

CU-Boulder’s Adam Bradley can, and the students along for his literary road trip seem to relish the ride. That’s the point.

Bradley, an associate professor of English at the University of Colorado Boulder, is on a mission: to unlock the students’ innate understanding of literary forms and, with luck, to unleash a desire to go to college.

During a recent class at Denver’s Montbello High School, Bradley homed in on patterns. In his examples—Pollock, Mozart, Dr. Seuss and Brooks—patterns and breaks in patterns are intentional and artistic. After listening to “Auditorium,” by Mos Def and Slick Rick, students in CU alum Alison Corbett’s English class at Montbello split into four groups and spent a half-hour trying to formulate the most insightful analysis of the rap song.

This is “Hip Hop in the Classroom,” Bradley’s initiative to enhance diversity on the CU-Boulder campus. The program is funded by an $8,000 fellowship from the College of Arts and Sciences.

The program links Bradley’s own scholarly research of hip hop with efforts to diversify curricula in metro-area middle schools and high schools, particularly those whose students include ethnic groups under-represented in higher education. 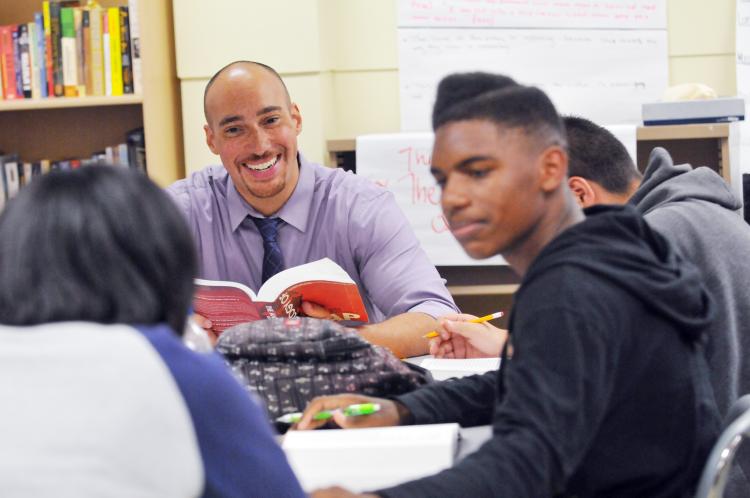 Montbello, a low-performing school scheduled for closure in 2014, fits this criterion. But the students in this class are engaged and excited, intensely debating the patterns they hear in “Auditorium.”

Before class, Bradley had explained his lesson plan: “Patterns are an essential way of understanding literary forms, whether the patterns are of rhyme or rhythm or repetition, they show us how literature is shaped.”

Precociously, Bradley noticed the overlap of hip and hoary literature.

“From a very early age, I was struck by the connection between rap lyrics and more conventional poetry,” Bradley said. His grandmother taught him at home until high school, introducing him to Shelley, Keats, Wordsworth and Coleridge.

“I remember reading those poets as a 10-, 11-year-old and then listening to the music that was in my ears at the time—De La Soul, Public Enemy, artists like that—and seeing that there was a bridge between what these disparate poetic communities were up to.”

“Hip Hop in the Classroom” targets “communities of students who may not necessarily consider CU an option for their education,” said Bradley, whose credentials include editing Yale University Press’ “Anthology of Rap.”

“My personal investment in this program is to make sure that we have a number of voices from different communities singing in different keys that all can be heard on this campus.”

Anisah Ali and Miles Farmer are CU students who served as “near peers” in the Montbello classroom and helped Bradley pursue that goal.

“Students have an inherent body of knowledge that is really quite sophisticated when it comes to poetic matters,” Bradley said. “The goal is to make them aware of it and to empower them to use the knowledge that they already possess.”

“When you make that connection, it’s explosive,” Bradley said. Making that tie can open up new understanding of literature, ranging from lyrics by Jay-Z or Kanye West to poetry by Robert Frost or Emily Dickinson.

“Rap lyrics in some ways can be a kind of literary gateway drug. They can provide avenues of entry, points of access to literature that students might not otherwise naturally be drawn to.”

A teacher’s job is “to make the familiar unfamiliar, and to make the unfamiliar familiar,” Bradley said. To teach “Hamlet,” a professor must acclimatize students to the language and historical context.

But when teaching hip hop, “You have to take something that the students feel as if they already know intuitively and implicitly and to open it up and make it a subject of further exploration, so it isn’t just music that they’ll casually listen to and not think about but is actually a place to direct thought, to direct critical attention.”

At least in some respects, Bradley sees evidence that “Hip Hop in the Classroom” is succeeding. After his second visit to Montbello, he drove away thinking, “Man, this is one of the greatest teaching experiences I’ve ever had.”

The Old Main Cottonwood is indeed getting new life. In October, cuttings were taken from the canopy of the tree by Facilities Management arborists Aquino and Joel Serafin. END_OF_DOCUMENT_TOKEN_TO_BE_REPLACED

This summer, undergraduate students Max Wasser and Grace Kendziorski are spending time hiking in the mountains—and trapping pikas and counting flowers. They are participating in the Research Experiences for Undergraduates program at CU Boulder. END_OF_DOCUMENT_TOKEN_TO_BE_REPLACED 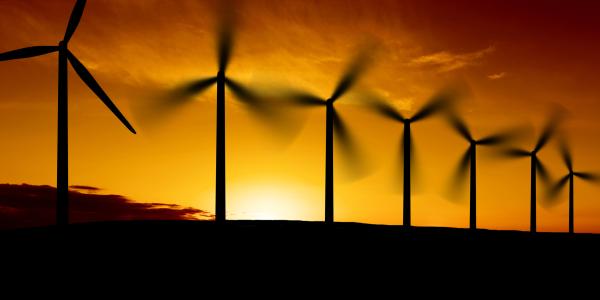 Wind power you can bank on

Incorporating wind energy into today’s electrical grid raises a host of questions about wind forecasting, wind-turbine siting, wind-turbine design in hurricane zones; CU Boulder lab is investigating these and other questions. END_OF_DOCUMENT_TOKEN_TO_BE_REPLACED
Issue: Winter 2012
Return to the top of the page