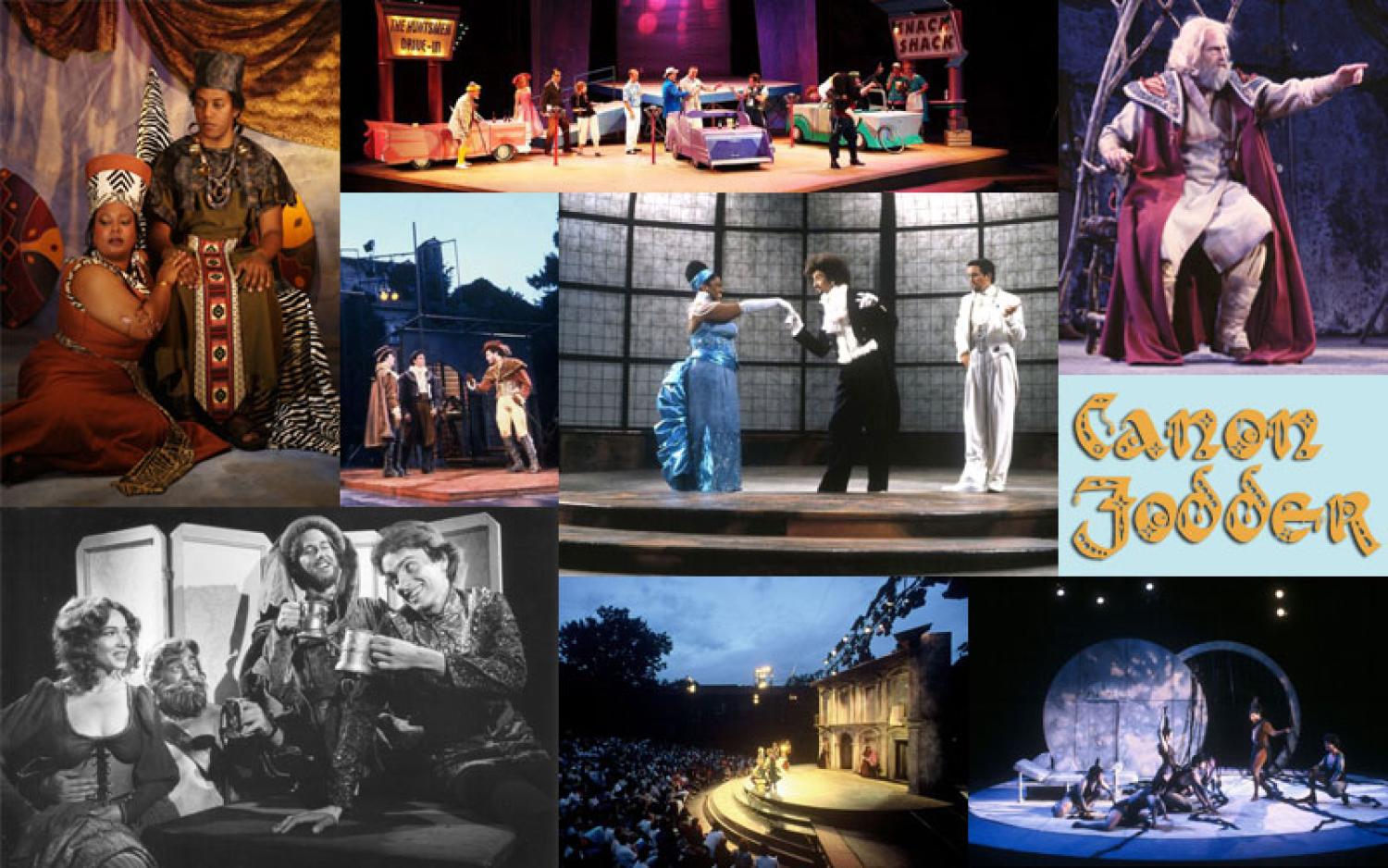 For Shakespeare festival, where there’s a Will, there’s a way, new leader hopes

The Colorado Shakespeare Festival’s credentials run deep and wide. In 1975, for instance, it became the first American Shakespeare company to perform all 37 plays of the canon.

Today, the festival is four plays away from completing the canon a second time.

But as bard-o-philes may note, the Colorado Shakespeare Festival of today frequently stages non-Shakespearean plays. In the last two years, six of 12 of the CSF’s plays were not written by Shakespeare. 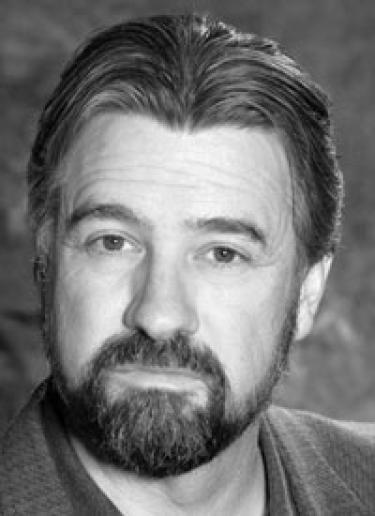 Between 1958 and 2006, by contrast, 152 of 162 performances were Shakespeare plays; half of the other 10 were plays about Shakespeare. In short, the percentage of Shakespearean plays in the Shakespeare festival has shifted from 94 percent to 50 percent.

Why the sharp turn from tradition?

Though it may seem madness, yet there is method in it.

So emphasizes Philip Sneed, the festival’s producing artistic director. Sneed, who became the festival’s leader in late 2006, says adding different plays is not, in fact, groundbreaking.

“We’re actually behind the times in this,” Sneed says. “Most of the festivals moved beyond Shakespeare years ago.”

The CSF is making the transition quickly, committing to performing at least two non-Shakespeare plays a year.

As Sneed sees it, the addition of other works is a way to broaden the appeal of the festival, and, ultimately, the audience for Shakespeare himself.

In the ‘70s, seeing Shakespeare under the stars was unusual, and outdoor festivals “took off,” Sneed says. “It was novel. Then theaters started realizing that they couldn’t do just Shakespeare” and expect to retain large audiences.

“The Three Musketeers” is a classic French farce. It’s also a way to introduce younger audiences to the theater. “It’s a great story, but it’s also something kids can follow,” Sneed says.

“What we hope is that someone who comes and sees ‘The Three Musketeers’ with a 10-year-old will maybe try the Shakespeare comedy next year,” Sneed observes. 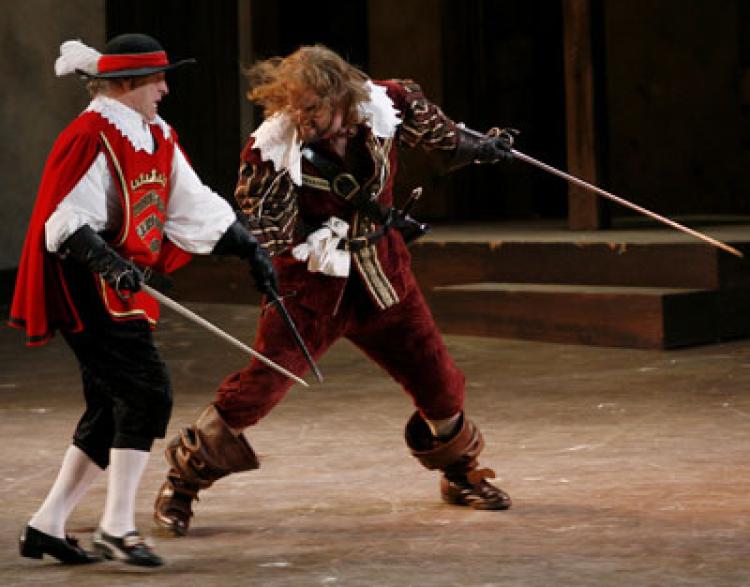 A dramatic sword fight from the 2008 performance of "The Three Musketeers."

That plan may be working. In the last two years, the portion of CSF audiences under the age of 18 has increased by a factor of five, from 2 percent to more than 10 percent.

And there’s reason to believe that these young audiences may try Shakespeare.

“Young kids understand Shakespeare sometimes better than the adults, because they don’t freak out about words they don’t understand,” Sneed says.

Neither young nor old should worry about words, he contends. The plays were meant to be watched, not read. In the hands of good actors, Shakespeare’s meaning is clear.

Sneed does admit that he’s never had a problem with the Bard’s language. The son of a Southern Baptist preacher, Sneed grew up reciting the verses of the King James Bible.

In an important moment, for instance, Macbeth muses that “the greatest is behind.” Macbeth means that the greatest promise (becoming king) will follow those prophesies that have already come true. But this meaning of “behind” is lost on today’s audiences, so Sneed changed it to “the greatest is to come.”

But such changes are rarely necessary, Sneed emphasizes. People quickly understand “thee” and “thou,” and they get Shakespeare’s risqué humor. “I think people sometimes don’t realize what a bawdy playwright Shakespeare was.”

They do, however, realize the value of Shakespeare. Sneed notes that after 400 years, Shakespeare is still the world’s most-produced playwright. Last year, the CSF produced “Henry VIII,” one of the Bard’s least-produced plays, and attracted audiences “from all over who couldn’t see it anywhere else.”

These are people who want to see the entire canon. Sneed likens them to peak- baggers who climb (and dutifully record their ascent of) all of Colorado’s “fourteeners,” mountains higher than 14,000 feet above sea level.

That kind of passion appears in his expansive vision. One reason to stage plays by other writers is that it’s entertaining, he says. Many playwrights have been influenced by Shakespeare, and, “It’s fun to see Shakespeare in context with other writers.”

Sneed hopes to stage plays from Russia, Cuba, Britain and other cultures. He is collaborating with other artistic groups to commission a new cycle of history plays, based on American history. The collaborative group has applied to the National Endowment for the Arts for funding.

Those are big ideas. But these are tough times. And while Sneed has managed to attract more people to the festival, he’s not projecting growth this year. The pressures of the recession and lower-than-expected ticket sales for the holiday production caused Sneed to drop plans to produce a Russian play this summer.

Instead, the CSF will produce “The Complete Works of William Shakespeare (Abridged),” a popular comedy that, fiscally speaking, is more likely to generate black ink.

Even while scaling back, Sneed continues to aim high. He says Shakespeare’s theater, and all great theaters throughout history, have comprised artists working together for long periods. “We’re doing everything we can to put artists at the center of the work. We don’t want it to be run by bureaucrats.”

Sneed seems to embrace that value. Though he runs the festival (and serves as president of the Shakespeare Theatre Association of America), Sneed is still acting. Last year, he played Macbeth, a role he’s now done three times. He notes that in Britain, actors routinely perform roles multiple times.

He’s been at it a long time. In junior high, Sneed knew he wanted to be an actor—not a movie star, but a classical stage actor. He hoped to be as good as Lawrence Olivier. As a CU student in 1978, he auditioned for the CSF, expecting to be cast in a leading role. Instead, he got a walk-on part.

He says he learned a lesson about being “a small fish in a big pond.” But it didn’t dim his passion for the stage. Even after three decades, the play’s still the thing.

For more information about the Colorado Shakespeare Festival, see www.coloradoshakes.org. To support the festival, please contact Tara Olney, director of development, CU Foundation, at 303-492-6018, or tara.olney@cufund.org. 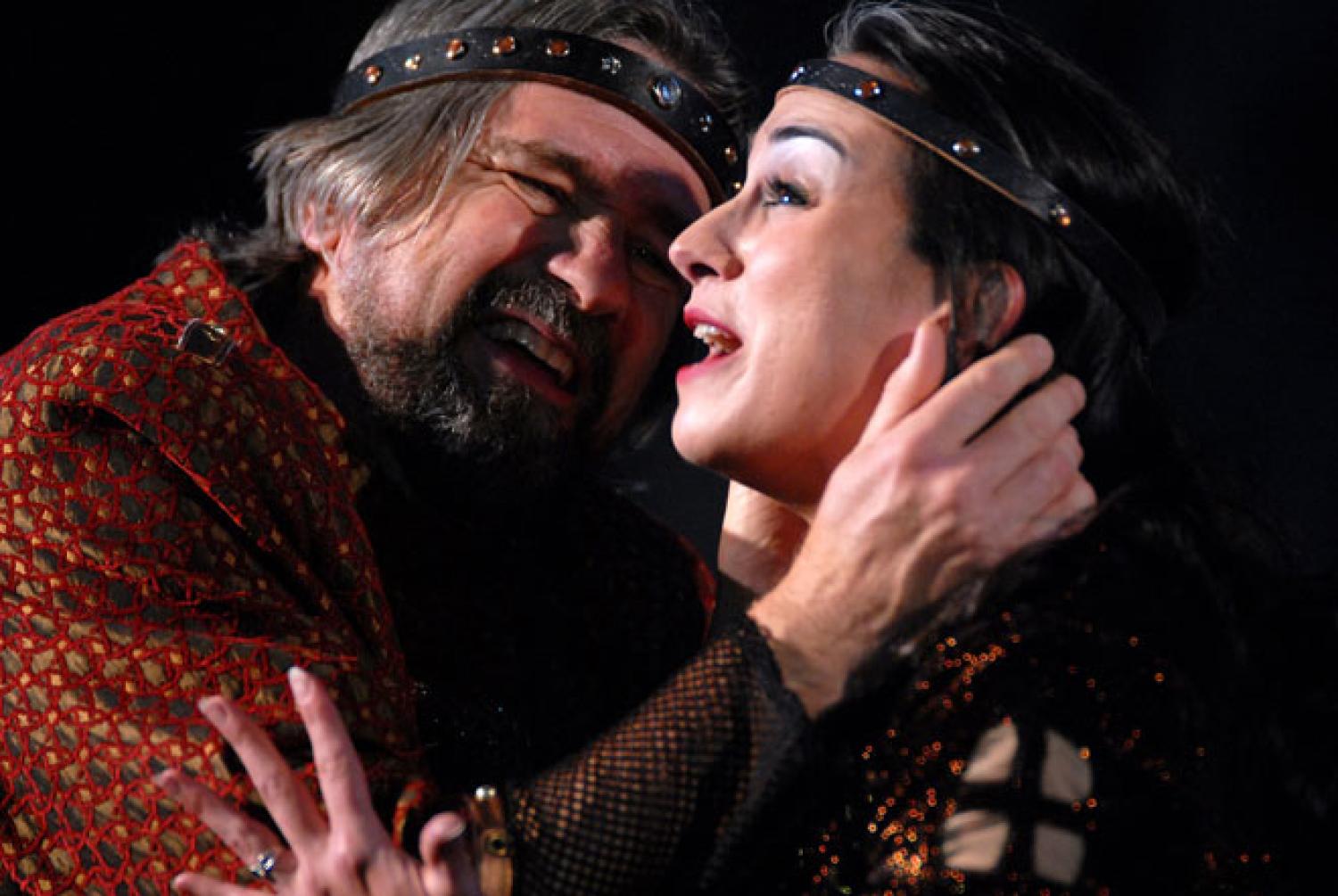 The Old Main Cottonwood is indeed getting new life. In October, cuttings were taken from the canopy of the tree by Facilities Management arborists Aquino and Joel Serafin. END_OF_DOCUMENT_TOKEN_TO_BE_REPLACED

Professors in theatre, biology and environmental studies team up to focus on creatively communicating climate science through the arts and social sciences. END_OF_DOCUMENT_TOKEN_TO_BE_REPLACED