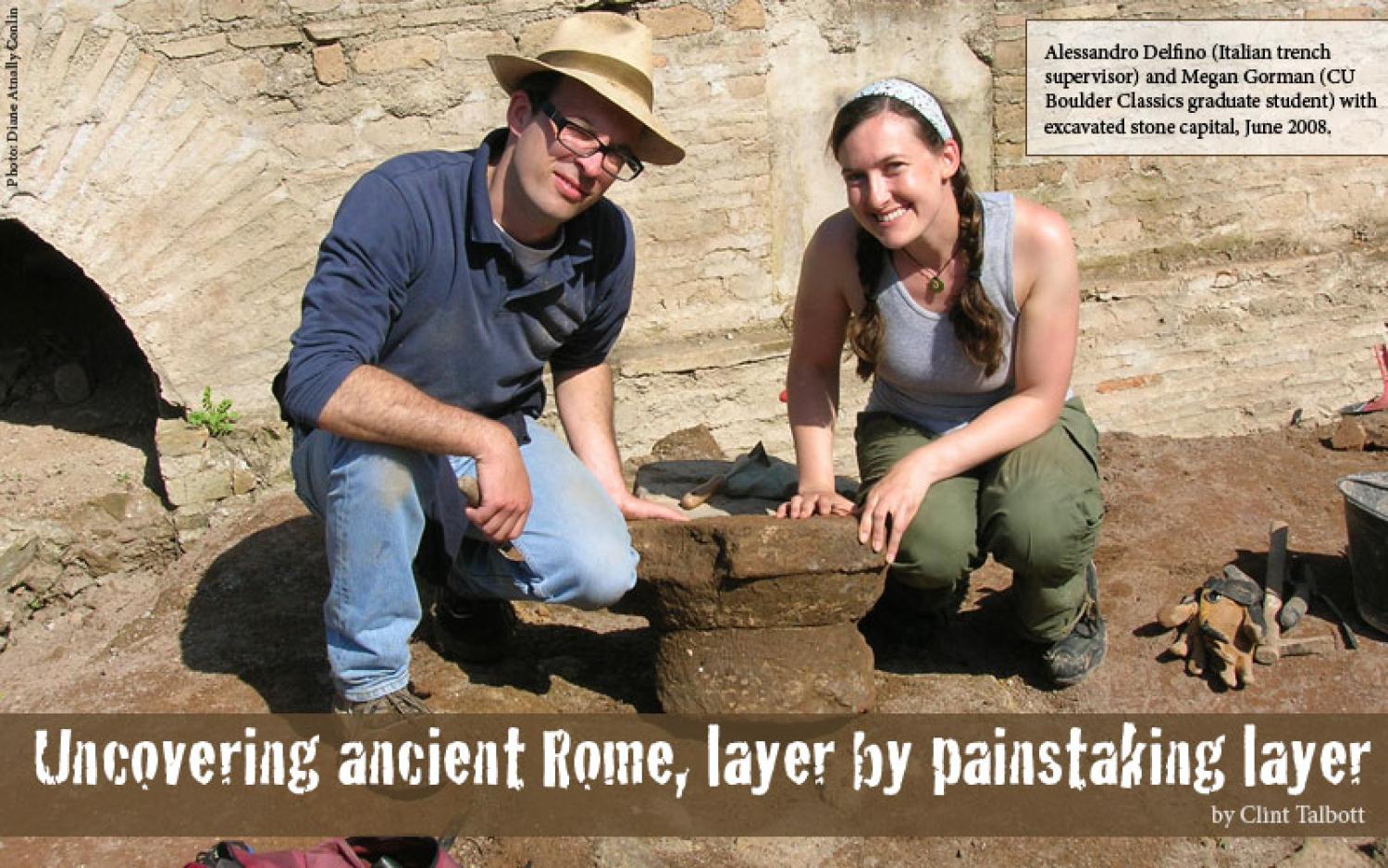 First was a riddle: Why did Maxentius, the last pagan emperor of Rome, never occupy his 80-acre villa outside the great city?

Then came a mystery: Was the Villa of Maxentius built atop a structure from two centuries before?

Now there are new, tantalizing data. The site might straddle an aqueduct dating to Julius Caesar. So who was the first builder?

Those questions have emerged gradually since 2005 as a CU-led team has excavated the Villa of Maxentius near Rome. 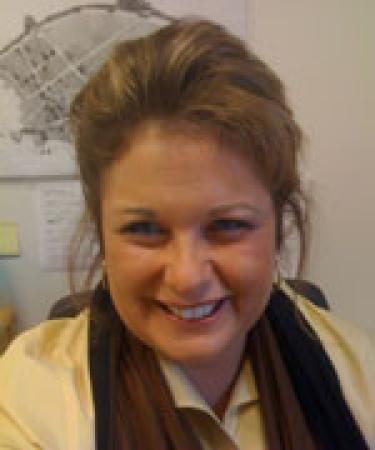 Diane Atnally Conlin, associate professor of art and art history and classics at the University of Colorado and co-director of the Maxentius project, marvels at the unfolding scenario.

“We have close to 1,000 years of Roman history within a depth of 15 feet at our site,” Conlin says. Since its inception, when the project was focused on the Maxentian period, the picture has broadened considerably.

Marcus Aurelius Valerius Maxentius ruled Rome at the end of its great period, from A.D. 306 to 312. Maxentius has long been characterized as a contemptible tyrant.

But victors write history, and the surviving narrative derives from Rome’s first Christian emperor, Constantine, who conquered Maxentius — and lopped off his head — at the Battle of Milvian Bridge.

For Conlin and others, the Villa of Maxentius raised intriguing questions. During his short reign, Maxentius was a prolific builder. “And the pattern — up to our project — is that Constantine either finishes the buildings and takes them over, or he demolishes them and builds something anew,” she told the Rocky Mountain News.

But the villa was neither completed nor razed. As Conlin’s team discovered in 2005, it was merely abandoned.

After returning from Rome this summer, Conlin mused on the difficulty of determining why Constantine did not treat this rival edifice the way he handled others.

“I don’t know if we’ll find the smoking gun,” she says.

But her team has found much else. In 2006, the team found steps but wanted to find the wall to which they surely pointed. Using “farmers’ knowledge,” that trees tend to grow atop buried walls, the team found the wall.

They discovered that the wall dated to the Hadrianic period, in the second century A.D. “Now it’s the earlier phases that we’re interested in,” Conlin observes.

Her team also found channels in the room that, they hypothesized, irrigated a garden. 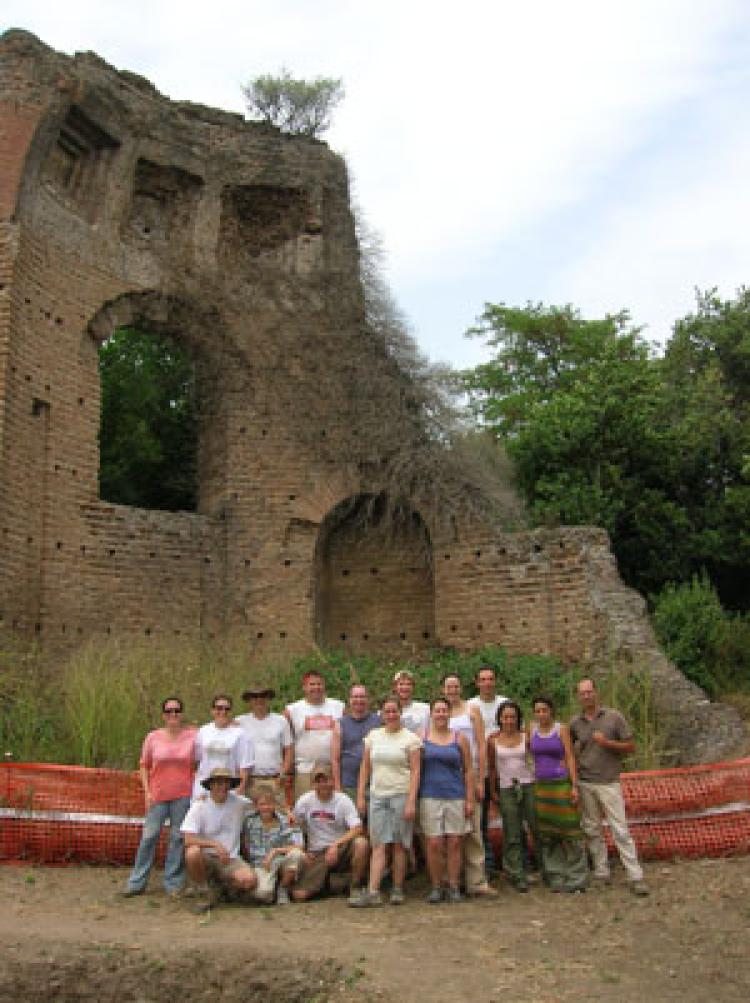 CU and Italian archaeological team in front of the Maxentian apse of the great hall of the Villa in June, 2007.

After using 2007 as a study season, Conlin returned to Rome this summer. Her team included 20 CU students, both undergraduate and graduate, and five students from other U.S. universities. The students were recruited and selected with the help of CU’s Study Abroad Programs.

CU is one of “a very few” American schools running a field program in Rome, notes Conlin.

Though Rome was rainy this year (thereby hindering excavation at times), the team found columns along a walkway in the room dating to the second century. They supported a porticus, a covered walkway, which was consistent with the architecture of the period.

The tumultuous transition from pagan to Christian Rome is compelling, but so is the more placid era of the second century. “It’s almost the antithesis of the Maxentius era,” Conlin says.

This year, the team also discovered a well. At the bottom of the well, there are fragments of sculpture, architecture and pottery, plus vaulted ceilings and tunnels going in two directions. The hypothesis is that they’ve found aqueduct channels dating to the period of Julius Caesar.

It is possible, Conlin says, that the estate they’ve uncovered once belonged to Herodes Atticus, a wealthy Athenian who owned property nearby. He is famous because, though Greek, he joined the imperial court of Rome.

Establishing the identity of the earlier builders could be assisted by yet-to-be-found inscriptions or images.

Each fragment of pottery, each portion of sculpture, every section of a column that is deemed significant enough to record is entered into a database. In three years of excavation, the team has amassed five separate databases with a total of 15,000 records. Additionally, there are data from GIS mapping.

Numbers like that underscore the fact that archaeology is not, in contrast to celluloid depictions, a one-person operation. (See sidebar on Indiana Jones and “reel to real” archaeology.) For the Maxentius project, for instance, there is a co-director who lives in Rome and deals with communications with the Italian government.

The project needs someone who can “read pottery,” a skill that Conlin says is “worth a gazillion dollars.” It also needs a sculpture expert, which Conlin is.

Trench supervisors must know geology, geography, statistics and computer technology. People who dig must have advanced understanding of spatial relationships and be acutely aware of changes in soil strata.

“It’s a merging of science and the humanities,” Conlin notes.

Uncovering layers of history is exciting and instructive. Students, Conlin says, “really get a sense of how archaeology works.”

Conlin knows about teaching. In 2007, she won the Boulder Faculty Assembly Award for Excellence in Teaching, and this summer she was named a CU President’s Teaching Scholar.

Conlin won’t return to Rome next summer. She’ll take a publication hiatus and seek grants and other funding. The 2007 and 2008 seasons were funded by the Innovative Seed Grant Program administered by the vice chancellor for research at CU. At the earliest, she’ll return in 2010.

The large site and its buried history will wait. “I could dig here the rest of my life,” she observes matter-of-factly. Patience, it seems, is a lesson she’s well-prepared to teach. 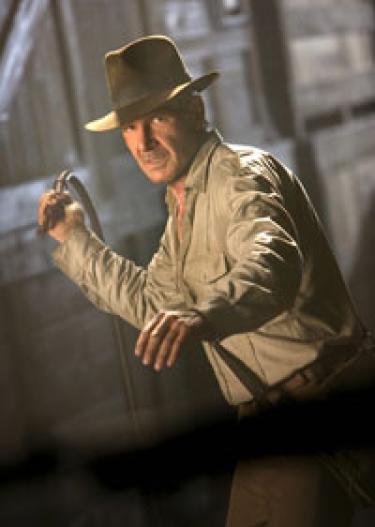 The swashbuckling, fictional life of Indiana Jones bears scant resemblance to the careful, scholarly work of real archaeologists. So says a National Science Foundation report that cites a University of Colorado anthropologist.

In May, the NSF released a special report to coincide with the latest Indiana Jones movie. “Archaeology from Reel to Real” noted that — entertainment value aside — the differences far outweigh the similarities between Hollywood depictions and actual archaeological research.

Matt Sponheimer, a CU associate professor of anthropology, conceded that there are elements of danger in archaeology. “I find it almost incomprehensible that anyone would be doing this,” he says. “We have to travel constantly, occasionally deal with disease and poisonous snakes, and people shooting at you from time to time.”

In contrast to that of Indy, Sponheimer’s quest is not treasure. He seeks knowledge of prehistoric human migration in Africa. His work involves lasers to analyze the isotropic composition of human teeth. The results yield clues about what and where ancient people ate.

“Unlike Indiana, we don’t have whips and guns,” Sponheimer told the NSF. “But we have an archaeological record out there. It’s got a story; we have to make it speak, and we have this tool, which is science, to do that. We can now answer questions that would have been relegated to the fantasy bin years ago.”

The Old Main Cottonwood is indeed getting new life. In October, cuttings were taken from the canopy of the tree by Facilities Management arborists Aquino and Joel Serafin. END_OF_DOCUMENT_TOKEN_TO_BE_REPLACED

Professors in theatre, biology and environmental studies team up to focus on creatively communicating climate science through the arts and social sciences. END_OF_DOCUMENT_TOKEN_TO_BE_REPLACED