In 1917, a dressmaker with an eighth-grade education named Sarah Schenirer opened a girls’ school in her studio, hoping to stem the tide of Orthodox girls who were abandoning tradition in droves through the force of her own religious passion. Within a few years, the Bais Yaakov system had grown to dozens of schools, founded, directed and led by her adolescent students. In 1923, the Agudath Israel, the political organization of world Orthodoxy, took over operations, but the radical spirit that shaped the earliest years continued. By the time Sarah Schenirer died at 51, in 1935, there were over 30,000 students in over 200 schools spread through Poland and far beyond.

Bais Yaakov was far more than these elementary schools. The movement encompassed vocational training institutes where one could study bookkeeping, nursing, and other such subjects; a chain of colonies and summer camps; three teachers’ seminaries (in Krakow, Czernowitz and Vienna); a monthly literary journal and other periodicals serving schools or regions; publishing houses supplying literature for the movement; the Bnos youth movement, with its libraries, clubhouses, leadership programs, employment bureaus, clothing collectives, kibbutzim and the youth movement for younger children run by Bnos leaders; the woman’s movement of the Agudath Israel; a culture of theater productions for female audiences; slogans, special movement holidays and rituals, and Bais Yaakov songs. By the 1930s, Bais Yaakov had branches in the Land of Israel and North America, the two centers of the movement today. Although there is no longer a central Bais Yaakov office or newspaper, the network of schools maintains its symbolic ties with its past and with each other, gathering for conventions and to commemorate the anniversaries of Sarah Schenirer’s death (for the 80th anniversary in 2015, the mass memorial was held in Brooklyn’s Barclay Center), and traveling to Poland on pilgrimages to sites of Bais Yaakov interest.

Despite this vibrant memorial culture and the continued fascination with Sarah Schenirer and Bais Yaakov origins, much of what constituted the movement in its interwar heyday has been lost. Bais Yaakov no longer has a central office to document and preserve its pre-Holocaust history. Publications, documents, and photos of the movement are scattered in archives across three continents. Yiddish, the lingua franca of the movement in the interwar period, has given way to English and Hebrew as the main languages. The growing conservatism of the movement in its post-Holocaust revival has shaped the way this history is remembered, obscuring the more radical features of interwar Bais Yaakov. For all these reasons, this history, so significant for so many, has still hardly begun to be told.

The Bais Yaakov Project aims to mine the archives of interwar Bais Yaakov and make this history available to the public through a dedicated website, www.thebaisyaakovproject.com.

The Bais Yaakov Project is dedicated to reviving, restaging, and recording the interwar musical repertoire of Bais Yaakov for contemporary audiences. The archives include descriptions of public performances, scripts for plays, photos of performances, and many songs and anthems. Many of these songs are complex and beautiful, but only one is still remembered and sung in Bais Yaakov today.

The Bais Yaakov Project aims to provide academic and general public forums for scholarly exchanges among those interested in Bais Yaakov, through public lectures and conferences and on virtual platforms.

The Bais Yaakov Project aims to present and preserve the artistic creativity of Bais Yaakov students and graduates past and present, on the website and in other public forums.

Naomi Seidman is the Chancellor Jackman Professor of the Arts in the Department for the Study of Religion at the University of Toronto and a 2016 Guggenheim Fellow; her 2019 book, Sarah Schenirer and the Bais Yaakov Movement: A Revolution in the Name of Tradition, explores the history of the movement in the interwar period.

Basya Schechter (Pharaoh’s Daughter) is a musician and composer who has toured extensively throughout North America and Europe, played many prestigious stages, and won numerous grants for her work. Her sound has been cultivated by her Hasidic music background and travels through the Middle East, Africa, Israel, Egypt, Central Africa, Turkey, Kurdistan and Greece. Through The Bais Yaakov Project, Basya will take a deep dive into the repertoire of interwar and post-Holocaust Bais Yaakov music, arranging, performing and recording this music.

Dainy Bernstein, Digital Content and Web Designer of www.thebaisyaakovproject.com, is a PhD Candidate at the CUNY Graduate Center, finishing her dissertation, ""Chanoch La'Na'ar: American Haredi Children's Literature and Education, 1980-2000." She teaches composition and literature at Lehman College and tutors private students from middle school through college.

A challenge and opportunity that presents itself to this project is to bridge the gap between secular/academic presentations and the world of Bais Yaakov graduates (those that did not defect, as we did), an audience that does not normally attend academic or “secular” events, and would avoid singing to mixed-sex audiences, or attending a mixed-sex concert (the website, for obvious reasons, is less problematic). Still, we believe that there are bridges that can be built: Within the Bais Yaakov world, there are a number of feminist activists attempting to mobilize the history of the movement in an attempt to revive its more radical potential, and militate against such new stringencies as the erasure of women’s faces from public media (a stringency unknown in the interwar period).

But the music of Bais Yaakov has intrinsic interest, beyond this potential audience. We think the songs are beautiful, and capture something of what it meant to a young girl in interwar Poland, burning with a revolutionary passion for learning Torah and for the Jewish tradition. Bais Yaakov sees itself as a direct descendant of this movement, but maybe we—as scholars and artists—also owe something to this history. 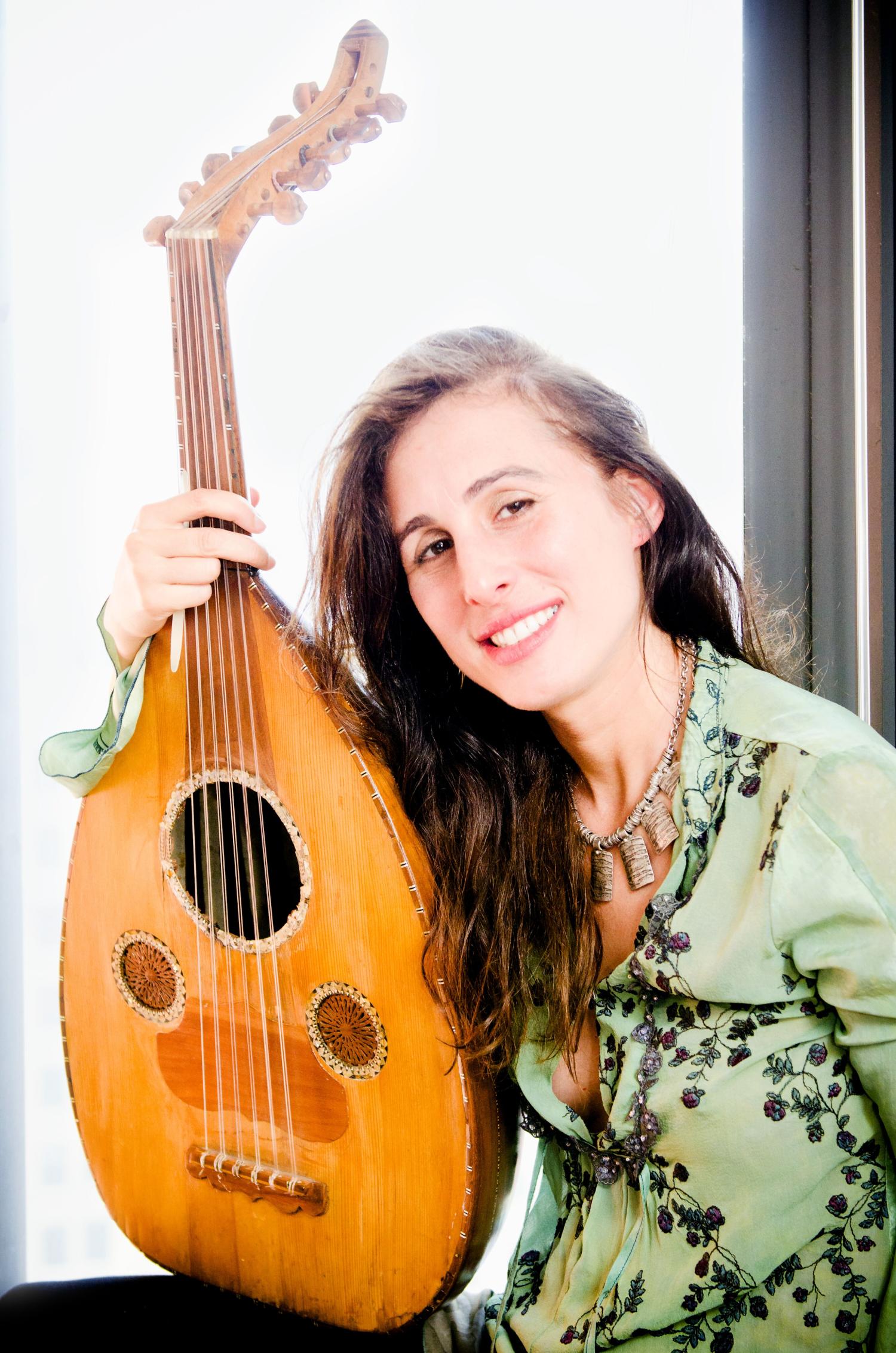 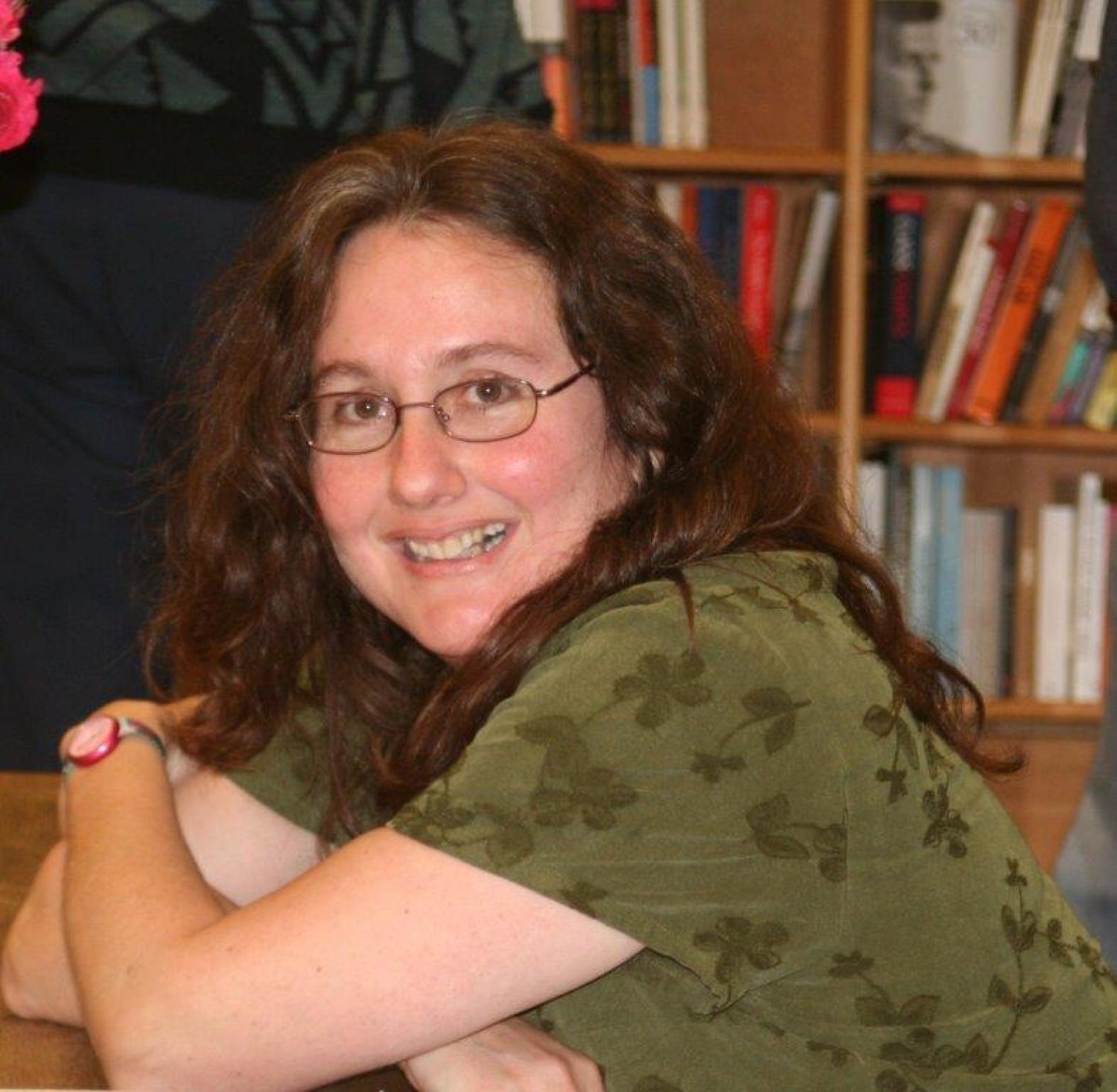 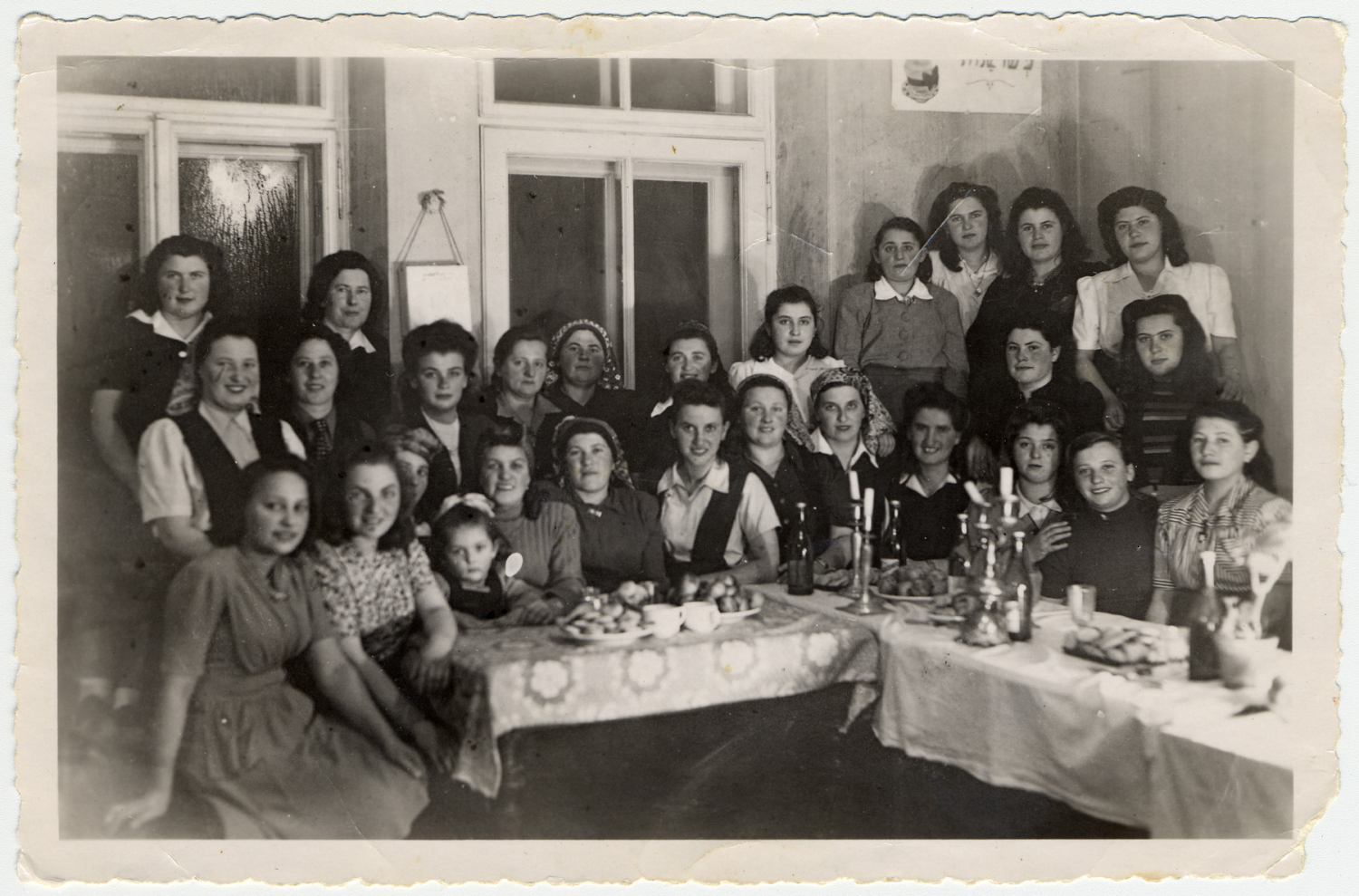 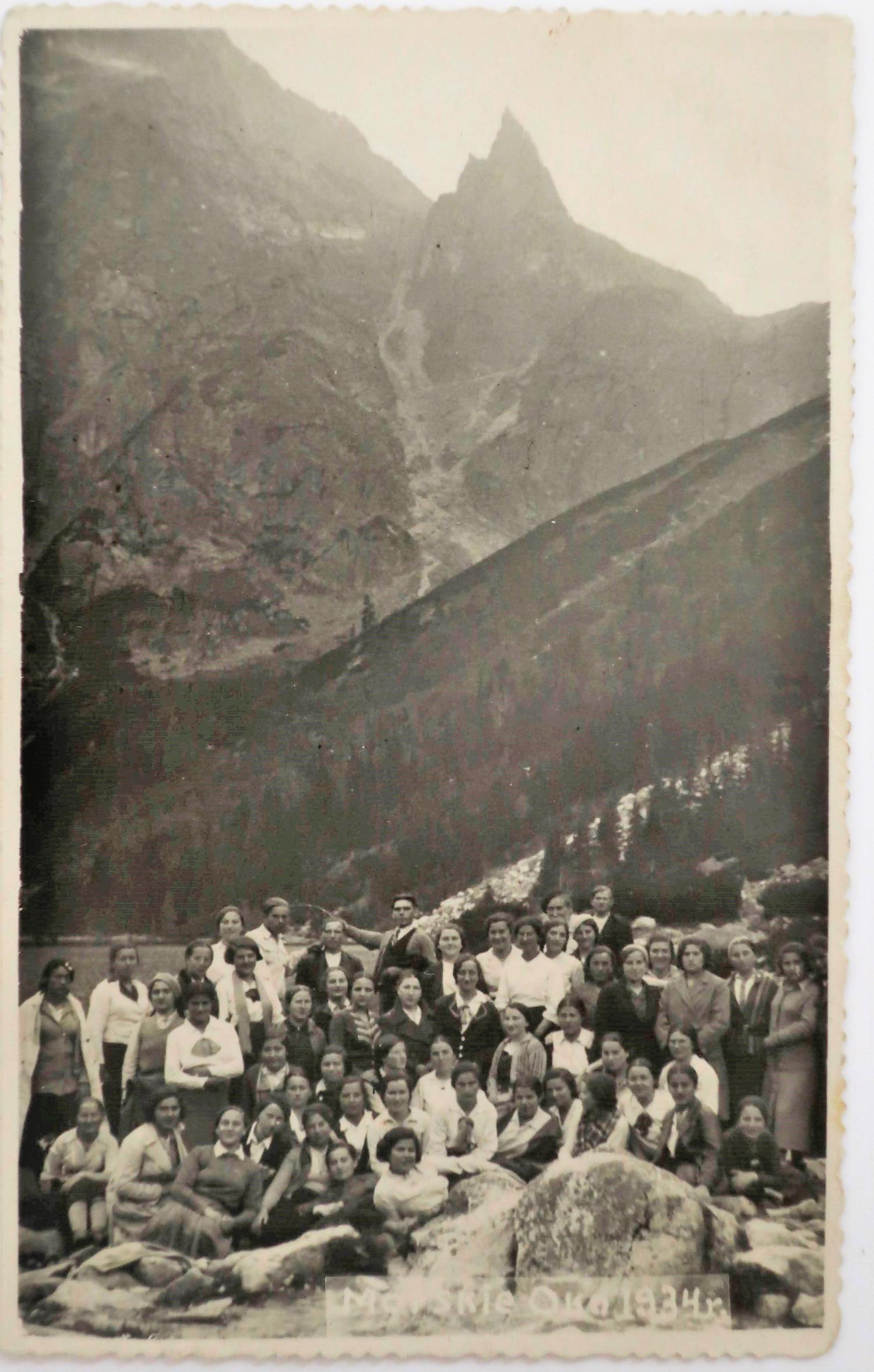