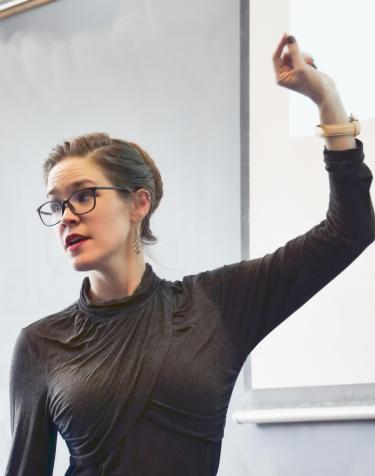 Mondays 12-1pm on Zoom or by appointment

Katherine Alexander received a BA with honors in Physics and East Asian Languages and Cultures from Beloit College, and an MA and PhD in East Asian Languages and Civilizations from the University of Chicago. Her PhD dissertation, "Virtues of the Vernacular: Moral Reconstruction in late Qing Jiangnan and the Revitalization of Baojuan" addresses popular religious literature and culture in Jiangnan during and after the Taiping War. Many caught up in the turmoil believed the destruction to be heaven-sent judgment for society’s ills. The perceived high stakes of moral reform – averting future disasters and shoring up the Qing against collapse – made for a fertile environment in which vernacular morality literature like baojuan proliferated. In addition to revising this dissertation for publication, she is currently working on a project addressing how Qing imperial narratives of female chastity were interpreted and adopted in the frontier city Taiwanfu (present day Tainan, Taiwan), building on the themes developed in her dissertation about the role of religion in supporting or destabilizing the state and prescriptive moralities aimed at female audiences.