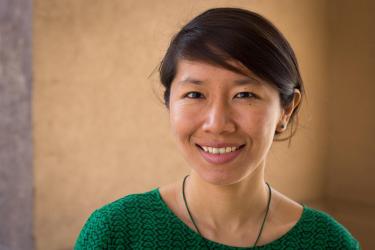 Tenzin Dickie is a poet, writer and translator. Her work has appeared in Cultural Anthropology, The Washington Post online, Words Without Borders and Modern Poetry in Translation, among other places, and are forthcoming in The Tibet Reader by Duke University Press and Modern English Poetry by Younger Indians from Sahitya Akademi. She is editor of Old Demons, New Deities published by OR Books, which is the first English-language anthology of modern Tibetan fiction published in the west. She is editor of The Treasury of Lives, a biographical encyclopedia of Tibet, Inner Asia and the Himalayan Region. A 2014-2015 fellow of the American Literary Translators' Association, she holds an MFA in Fiction and Literary Translation from Columbia University where she was a Hertog fellow, and a BA in English literature from Harvard University.

Ms. Tenzin Dickie is a Tibetan who grew up in exile in India. She worked for the Dalai Lama for a time. She eventually settled in the US where she attended Harvard and Columbia and works to preserve Tibetan culture, including literature. She has published many essays and works of fiction herself. She is a wonderful speaker who can personally speak of being a Tibetan in exile. I recorded some of her presentation and can send it to you.   Here are links to her presentation on YouTube and her writing:

This event is co-sponsored by the CU Boulder Department of Anthropology and Center for Asian Studies. 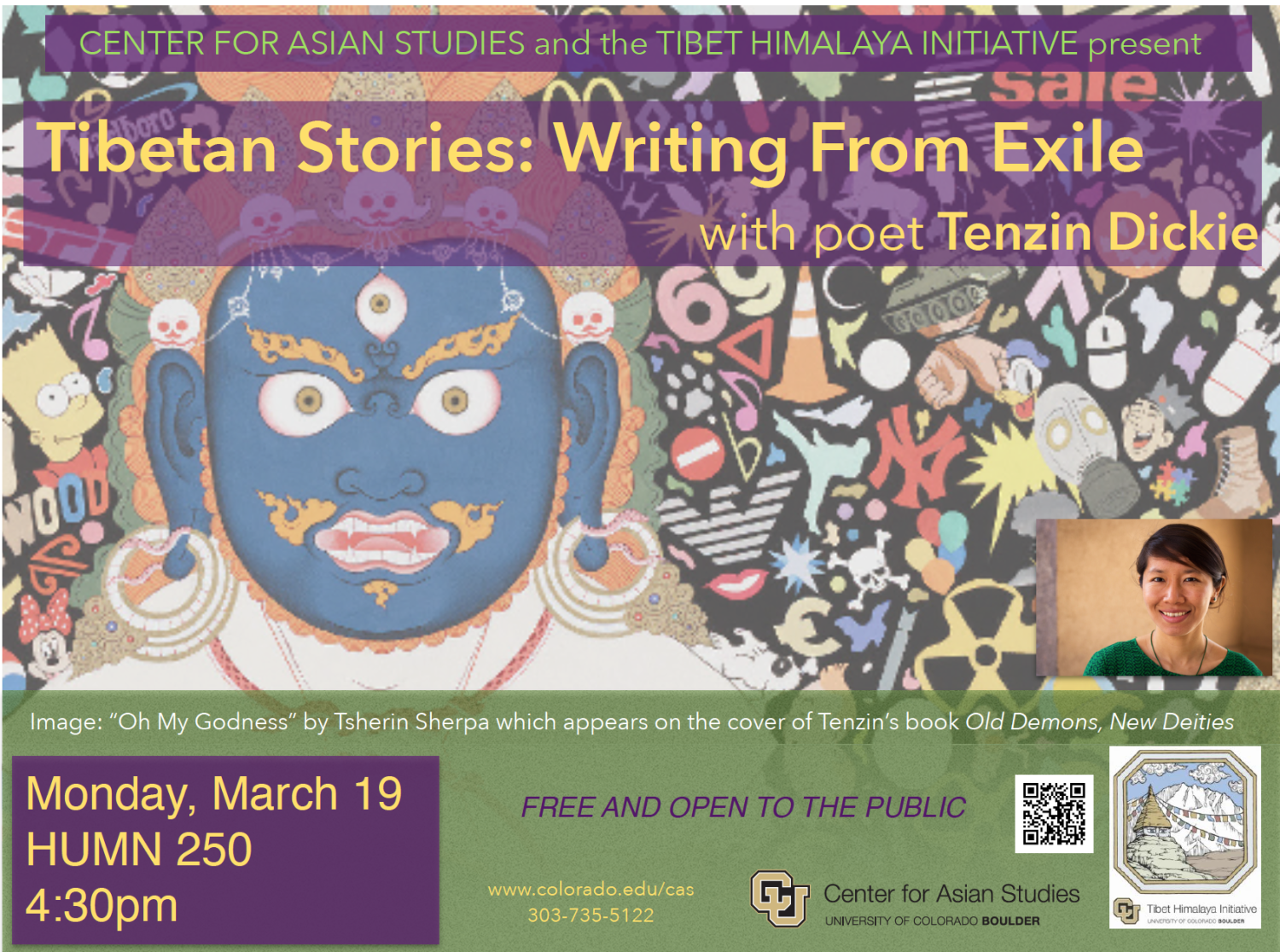