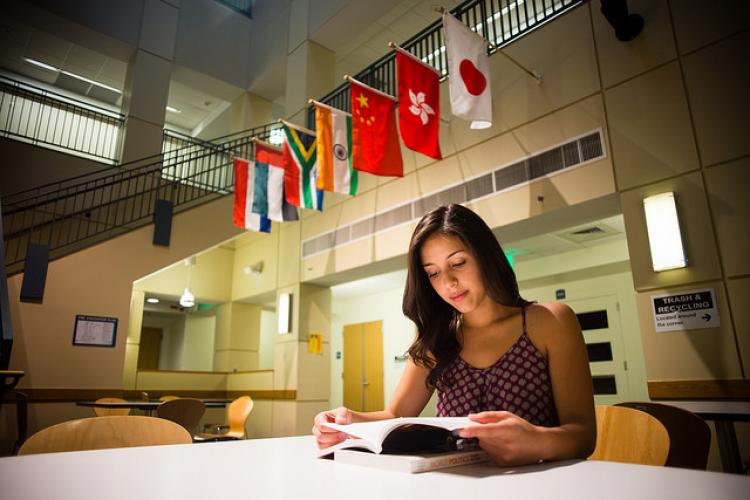 When faced with the challenge of choosing a major among more than 90 options at CU Boulder, what can a student do? The task might seem daunting, especially for students interested in multiple subjects.

Such was the case for senior Haelena Bondi-Camacho. She was interested in Business, Anthropology, Political Science, and International Affairs, but wasn’t sure which degree to choose.

“I didn’t feel like I had time during the fall and spring semesters to explore different degree options given scheduling conflicts and the availability of certain courses,” Haelena said. “I used Summer Session to investigate courses that interested me while also knocking out a few core requirements.”

During Summer Sessions 2014 and 2015, Haelena took Maymester and online classes covering topics that interested her the most: Principles of Business, Global Islam, and Beginning Italian. These experiences helped her decide on a Political Science major with a minor in Business.

“I was relatively late in deciding a major,” Haelena said. “I didn’t declare myself a Political Science major until the middle of my sophomore year. I originally declared myself an International Relations major, but decided to change to Political Science because I wanted to graduate in four years and couldn’t complete the foreign language requirement in that time.”

Her major declared, Haelena’s Summer Session goals changed. She transitioned from using summer to explore different programs to staying on track to graduate. During summer 2016, she took two classes that satisfied major requirements, which set her firmly on a path to graduate in May 2017.

“I love Summer Session for a number of reasons. It is quieter; there’s always a place to sit in the library and printing is always open. I loved knocking out three credits in three weeks, which still gave me time to see friends, travel, and work during the summer.”

“I know for a lot of students money is a big issue,” Haelena admitted. “They don’t want to spend money in the summer when they can just take courses during the fall and spring, but I’m glad I did it because it opened doors. There are so many different paths to take and I bought myself time to explore and learn.”