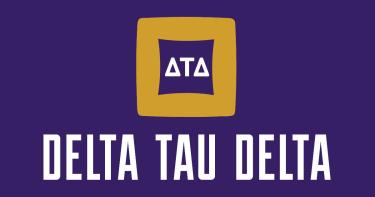 CU Boulder has welcomed its tenth fraternity to the CU Interfraternity Council (CUIFC). Delta Tau Delta affiliated with the university this fall and is welcoming new members. Here are four things to know about the fraternity and CUIFC University Affiliation.

Joining Fraternity & Sorority Life (FSL) can help you build lifelong connections to make your college experience more memorable. The friends you meet will make campus feel like a home-away-from-home. Engaging in Greek life can also help you stay focused on school, find leadership and career opportunities, or make a difference on campus and in the Boulder community.

Delta Tau Delta’s mission is in line with that. The chapter’s goal is to help members find their paths to a life of excellence. The fraternity aims to use their values and programs to give members the confidence and tools to serve their communities and set a 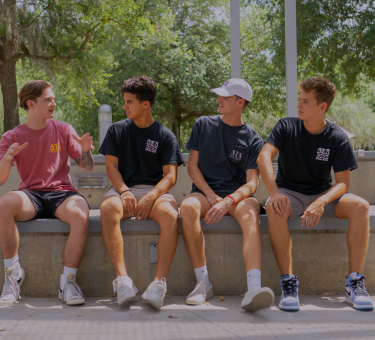 positive example for others.

Those programs include alcohol and hazing prevention education to create a safe environment, in addition to personal growth and leadership programs. Delta Tau Delta also has an academic emphasis by offering scholarships that are supported by alumni.

Delta Tau Delta’s affiliation is actually a return to campus

Trumbo’s legacy remains on the CU Boulder campus. In 1993, the university dedicated the fountain space near the University Memorial Center to Trumbo and named it the Dalton Trumbo Fountain Court in honor of his accomplishments. Today, the space remains a site of free expression.

While the CU Boulder Delta Tau Delta chapter closed more than 30 years ago, the fraternity’s connections continued. A group of alums began meeting every other year in Boulder for a fall football game. It gave them the opportunity to stay in touch and celebrate the Buffs with lifelong friends.

Now that Delta Tau Delta has returned to CU Boulder as an affiliated fraternity with CUIFC, the chapter will have access to various benefits, including:

We welcome new and returning fraternities to affiliate with CU Boulder

New fraternities are invited to expand and affiliate directly with the university. FSL has also invited the fraternities in the Boulder community that are not members of CUIFC to re-affiliate.

In order to become a university-affiliated fraternity and receive the benefits listed above, fraternities must sign a Recognized Social Greek Organizations (RSGO) agreement that includes provisions to follow all university policy. The agreements also outline certain conditions aimed to increase safety, accountability and student success.

Fraternities in the Boulder area that have not signed a RSGO agreement are not currently affiliated with CU Boulder. Learn more about CUIFC University Affiliation on the FSL website.