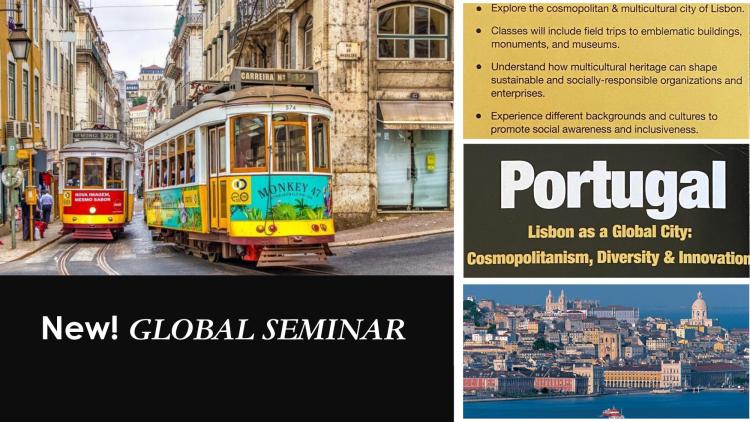 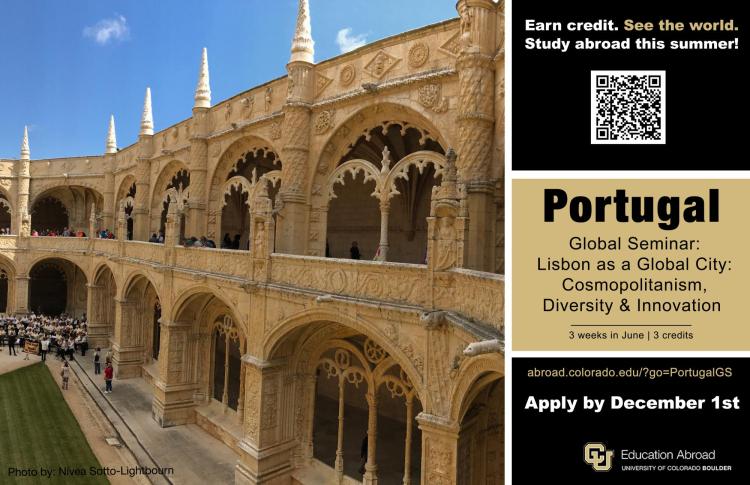 Why Have a Minor in Portuguese?

- “Some of my best friendships and professional opportunities in college were possible only because I chose to study Portuguese. Speaking Portuguese will bring a world of spectacular people and excitement into your life.”

- “Knowing Portuguese and having that down on a resume sets you apart from other candidates. Many employers are looking for diversity and need different skills that will contribute to the job.”

- “After being in the Portuguese minor for a couple years now, I have greatly enjoyed the community it brings (on campus & in Boulder) and learning about the culture and story behind the language.”

-“You get expose to the culture of Portuguese-speaking countries (which are more than Brazil and Portugal!); you learn in depth about their traditions, history, music, literature and art styles; Portuguese classes are never monotonous; Brazil is a complex economy and thus learning Portuguese is becoming very handy; learning a language makes you smarter.”

- "CU's Portuguese teachers are extremely passionate about what they do.  They create a warm learning atmosphere where students are excited to engage in learning. They are very approachable and have high FCQ scores. Students love working with Professors Tania Martuscelli and Marcelo Schincariol! My whole week is better when I know I'm going to Portuguese!"

1. More than 200 million people around the globe speak Portuguese. It is the 6th most spoken language in the world, and the official language of Angola, Brazil, Cape Verde, East Timor, Guinea Bissau, Mozambique, Portugal, and Saint Tomé and Príncipe.

2. The economy of Brazil is the world’s 9th largest by nominal GPD.

4. Brazil is a global leader in bio-fuels.

5. Cape Verde is one of the world’s top countries for renewable energy.

6. Angola is the 2nd largest oil producer in Sub-Sahara Africa. Its national oil company (Sonangol) is expanding operations to Brazil, Cuba, Iraq, Saint Tomé and Príncipe, Venezuela, and the Gulf of Mexico.

7. Mozambique has become one of the most promising countries in Africa in terms of natural gas and coal resources.

8. The New York Times describes Portugal as one of the hippest places in Europe. The country is known for good food, good wine, stunning nature, historic sites, and world-reckoned architects and designers. Besides, the best waves to surf in Europe are in Nazaré, a fishing village 75 miles from Lisbon.

9. Cape Verde is one of the fastest growing tourism industries in the world because of its blissful way-of-life, and paradisiacal islands. The country is also an example among African nations for its stability and economic growth despite its lack of natural resources.

10. With a minor in Portuguese, you can go to the most exciting corners of the world!