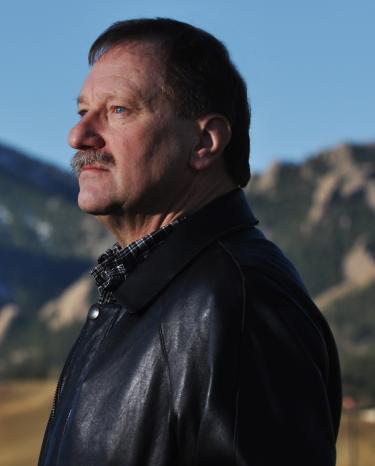 Alan (Al) Weimer, H.T. Sears Memorial Professor of Chemical Engineering, joined the faculty of the University of Colorado in 1996 after a 16 year career with the Dow Chemical Company.  He was named Dow Research Inventor of the Year in 1993 and received Dow’s “Excellence in Science Award” in 1995 for commercializing high temperature processing to produce advanced non-oxide materials.  The Rapid Carbothermal Reduction (“RCR”)process, sold to Sandvik Coromant, produces tungsten carbide powders for fabricating the majority of microdrills used throughout the world today.  At the University of Colorado, he directs a research team of 12 in the areas of functionalized nanomaterials and solarthermal chemical processing.   He is recipient of the 2005 DOE Hydrogen Program R&D Award for Solarthermal Process Development, and more recently received the 2009 AIChE Baron Award in Fluid-Particle Systems and the 2010 AIChE Excellence in Process Development Research Award.   His research team has spun two companies out of his university lab – ALD NanoSolutions (www.ALDNanoSolutions.com) in 2001 and Copernican Energy, now Sundrop Fuels (www.SundropFuels.com), in 2006.