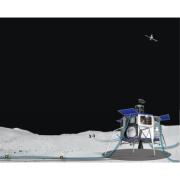 From Discover: Some 13.8 billion years ago, our universe burst into being. In a fraction of a second, it ballooned from subatomic to the size of a grapefruit. And as the cosmos grew and grew, it also cooled, until the building blocks of matter — subatomic particles called quarks and gluons — could form. Eventually, this quark soup aggregated into atoms. Atoms merged into larger molecules. Gas filled the universe. Yet the cosmos would sit like this — dark — for hundreds of millions of years before light shone from the first stars and galaxies.

We understand parts of what happened in the early universe. But a huge blank still haunts astronomers. They call it the “dark ages” because, with no starlight to study, they’re left guessing where all the familiar stuff came from. How did we go from a gas-filled universe to the one we now see in the night sky?

“The early universe had no galaxies, just hot stuff. As things cooled off, something had to happen before the galaxies formed,” says Nobel Prize-winning astrophysicist John Mather of NASA’s Goddard Space Flight Center. “Honestly, we’ve got lots of stories and lots of predictions, but no measurements.”

Unravelling this mystery is “one of the great objectives of modern-day astronomy,” he adds.

To solve it, scientists and engineers have identified an unlikely location for their work, one that could help shape the next generation of astronomical research: the farside of the moon. Read more...