The University of Colorado Boulder Police Department (CUPD) recently summonsed an individual following a series of harassment incidents, which 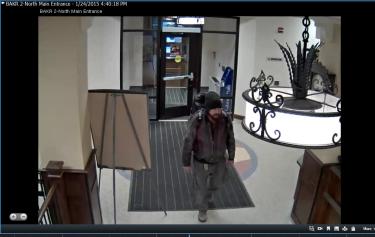 In the series of incidents, the suspect made contact with and followed female students, including one incident on January 26, 2015 where the suspect entered a residence hall without authorization while following three female students. Subsequent investigation led to the identification of the male suspect, Alan Bruce Smith, who is a transient and unaffiliated with the CU-Boulder campus. Officers from CUPD made contact with Smith on the evening of January 27, 2015, at which time he was summonsed for 2nd Degree Trespass and Harassment charges stemming from the series of incidents.

Smith is a white male, 45 years old, 5’11” tall, 200 pounds, with brown hair and brown eyes. A photograph of Smith has been included with this press release.

If you have witnessed any incidents involving this suspect or have been approached by this suspect, please call Detective Sergeant Steve Cowles at (303) 492-8168 or CUPD Dispatch at (303) 492-6666.

If you should be approached or followed by someone you don’t know, CUPD advises you to take the following safety measures: