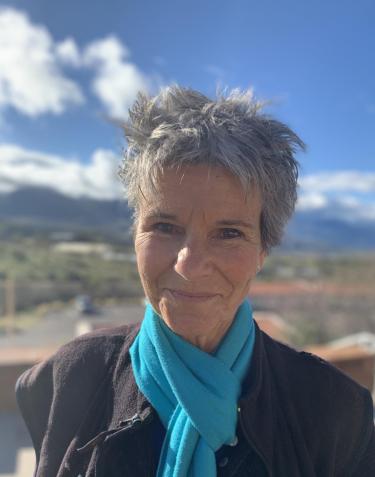 Marda Kirn is the founding director of EcoArts Connections (EAC), which brings the arts together with science, social justice, Indigenous, and other ways of knowing to inspire people to live sustainably – environmentally, economically, socially/culturally and personally. EAC commissions, produces, and presents collaborative activities including performances, exhibits, talks, tours, convenings and other events held in both traditional and non-traditional venues. EAC activities are based in Colorado, with special projects held nationally and sometimes internationally. Kirn was the founding director of the Colorado Dance Festival, which was considered one of the top three dance festivals in the United States during her 14-year tenure, bringing artists to Colorado from across the country and the world. She was also a founder and former director of the International Tap Association. Kirn has written for various publications, received several awards, and has been a speaker, panelist, and/or consultant for organizations in six continents.