The Denver Scholarship Foundation (DSF) recently selected CU Boulder as its College Partner of the Year. 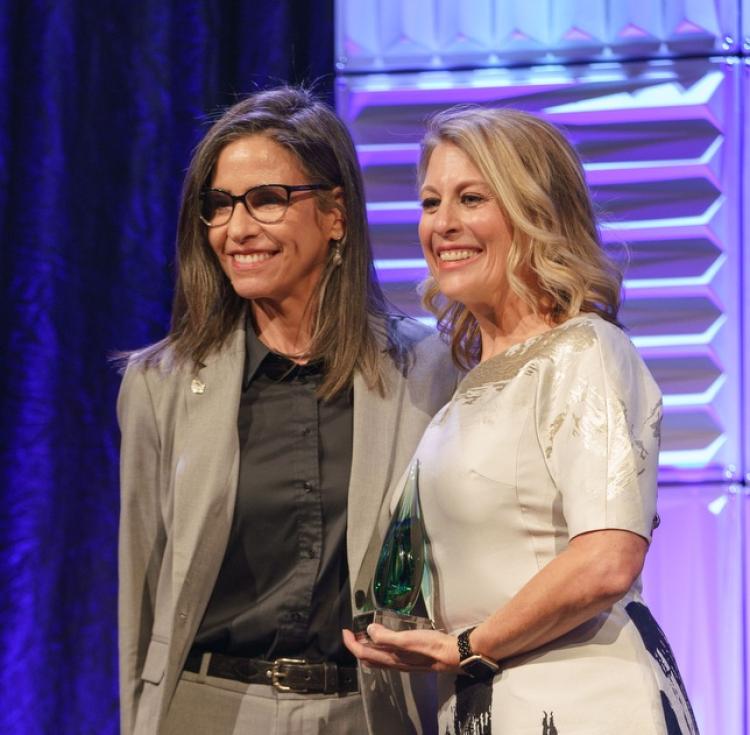 The foundation, which seeks to inspire and empower Denver Public Schools students to enroll in and graduate from postsecondary institutions, works with 31 college partners, including technical and community colleges and universities across Colorado. CU Boulder received the award on Oct. 13 at the DSF annual gala in Denver.

CU Boulder was selected because of its commitment to creating an especially welcoming and supportive college community, one where DSF scholars can thrive and achieve their educational goals, according to the foundation.

CU Boulder’s Office of Diversity, Equity and Community Engagement and the CU LEAD Alliance have partnered with DSF since 2007, working closely with the foundation and other college partners to invest resources in scholars and student communities through college graduation. 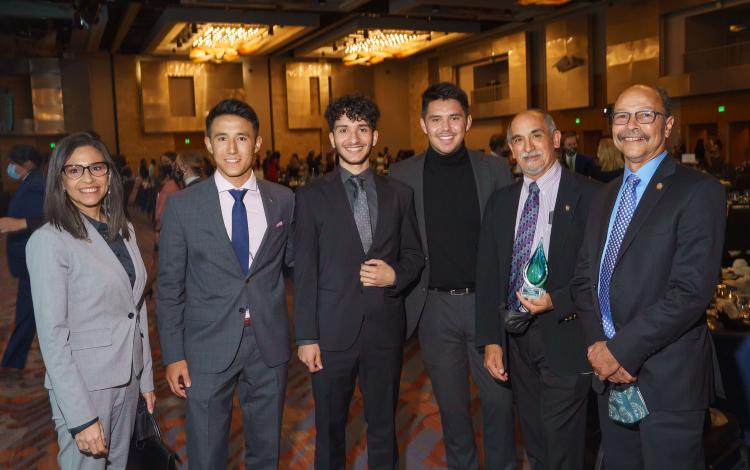 According to the foundation, more DSF scholars are choosing CU Boulder than ever before, partially because of the university’s dedication to student success. During the 2019–20 academic year, 216 DSF scholars were enrolled at CU Boulder and received a total of $588,100 in scholarship awards. Since DSF’s 2006 founding, 703 DSF scholars have received funds to attend CU Boulder.

The award recognizes how the university partners with DSF to support first-generation and low-income students before college, through their college careers and as they work toward graduation.

“Their academic talent and rich social culture enhance the programs they join at CU Boulder and add to the overall vibrance of the university community,” said Pacheco, whose precollege outreach and engagement programs provide academic enrichment, starting in middle school, to about 1,400 first-generation and low-income students and families from across the state and beyond each year.

During the gala, Pacheco and Camila Taylor, a former CU Boulder admissions counselor, were thanked publicly for their work with DSF scholars. In addition, a video featuring CU Boulder seniors and DSF scholars Samariddin Meliboev, Jamal Giornazi and Kai Suematsu was premiered at the event.

Along with a comprehensive blend of admissions outreach and on-campus services, CU Boulder provides significant financial resources to its DSF scholars. On average, for every dollar awarded by the DSF scholarship, CU Boulder awards $3.59 in institutional aid to these scholars.

The DSF scholar persistence rate at CU Boulder is 95%, with the majority of students on track to graduate. Since its inception, DSF has supported more than 41,000 DPS students and awarded $48 million in need-based scholarships and comprehensive support services to 7,676 DPS graduates.