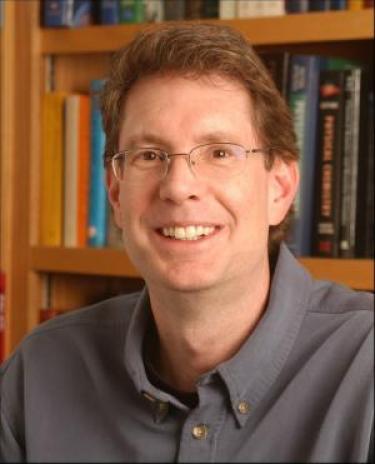 The broad goal of the Falke group is a molecular understanding of biological signaling pathways, using chemosensory pathways as a model. Motile cells possess chemosensory pathways that control cell movement, enabling migration up or down gradients of chemical attractants and repellents, respectively. The chemosensory pathway is a biological integrated circuit in which receptors detect specific attractants or repellents to activate the circuit. Each protein component of the circuit serves as an on-off switch that controls the activity of the next component in the pathway, and the output signal of the curcuit ultimately regulates the motility machinery that propels the cell. Current studies in the Falke group, funded by two separate but equal NIH grants, focus on the chemosensory circuits that (i) bacteria use to find their way to a food source or wound, and (ii) human macrophage (a type of white blood cell) use to track down a bacterial infection or tissue damage.

More specifically, the Falke group is using a structure-based approach to probe the switching of receptors and signaling proteins between their 'on' and 'off' signaling states at the molecular level in the working biological circuit. The approach involves the development of novel techniques to analyze the structural dynamics of switch proteins, as well as the molecular docking events regulated by their on-off switching. Of particular interest are on-off switching events at membrane surfaces, which play a central role in regulating chemsensory and most other biological signaling circuits and, in medical applications, are the targets of most pharmaceuticals. The group employs biophysical, biochemical, and molecular biological methods including: FRET, bulk and single molecule fluorescence, EPR, X-ray crystallography, mass spec, site-directed mutagenesis, cysteine chemistry, molecular modeling, and intracellular fluorescence microscopy.