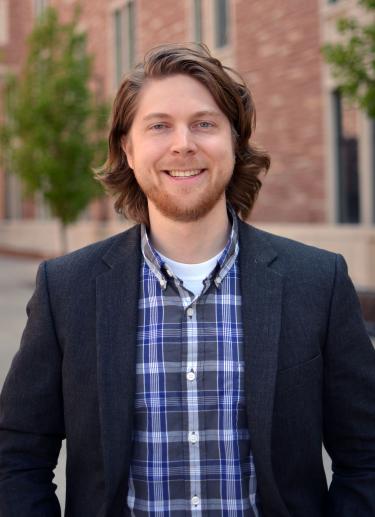 Daniel Szafir is an Assistant Professor working in both the Department of Computer Science and the ATLAS Institute at the University of Colorado Boulder. He joined CU-Boulder in 2015 after receiving his Ph.D. from the University of Wisconsin–Madison.

Dr. Szafir's research is focused on building knowledge of how we can design novel sensing, interactive, and robotic technologies that enable new forms of human assistance. His work blends methods from computer science, design, engineering, and cognitive science to develop human-centered methods and principles for developing technologies that adapt to and augment human activities. His research is aimed at leveraging emerging technologies, including small flying robots, wearable brain-computer interface sensors, and immersive virtual environments, to enhance human capabilities in application domains including collaborative work, education, and space exploration. His research has produced new algorithms to govern robot behaviors, computer interface technologies to enhance student learning, design guidelines that can improve robot usability and safety, and insights regarding human psychology and work practices.