Take 2, the McNeill Spring Retreat was a success! 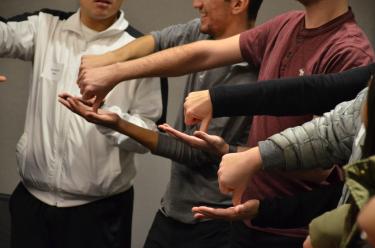 Take 2, the McNeill Spring Retreat was a success! McNeill freshman students were invited to participate at this event on February 3rd to celebrate their accomplishments from their first semester, to reflect on strategies that helped them succeed, and to use that information to propel them forward to a successful spring semester.

Alexis Dominguez (Junior, Economics Major) and Veronica Perez (Senior, Spanish for the Professions Major), both McNeill Academic Program Scholars, opened the event by sharing their own experiences as students at CU Boulder. Alexis and Veronica talked about their personal struggles that ranged from changing majors, having to drop courses to take them at a later time, to having a relatively easy experience as a student at first but then encountering struggles later. They encouraged their audience to take advantage of all the resources that are available to them as McNeill Scholars. Their main message was that every student might encounter 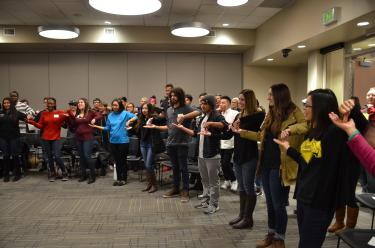 struggles along the way, but it is important to realize they are not alone, and should seek out the resources that will help them.

During this event, several students were nominated for McNeill Community awards, which acknowledged students who have had an impact on the McNeill community because of their openness to work with others, positive attitude, and who stood out as leaders in this community. Several students also received an academic award, that celebrated students with GPA’s of 3.5 and above. 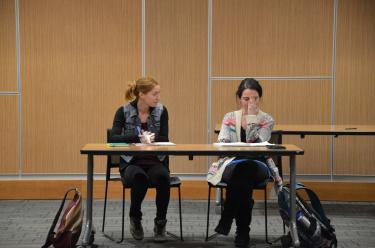 The retreat kicked off with an activity called “Concentric Circles,” a relationship-building exercise that allowed students to connect with other students. This powerful bonding exercise gave the students an opportunity to engage in conversation with one another, with prompts such as: How was CU different than you expected? When did you feel defeated last semester? When did you feel proud? The activity was facilitated by Rebecca Machen, McNeill Math Coordinator, as well as McNeill Peer Mentor volunteers.

Special guests included an interactive discussion led by Affinity Arts Consulting (AAC). McNeill freshman students were presented with a mini-skit depicting a scenario between two college students who had grown apart due to social, academic and family pressures. After the skit ended, students were allowed to ask the actors questions about the scenario they portrayed, which prompted debate and conversation about the intricacies of student life. 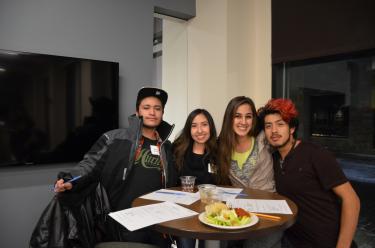 Students were asked for feedback on their experiences at this event, and to share one thing that they learned and will use to support their academic success this semester. Some students said that they were glad to learn that they were not alone in what they were experiencing and others said they were inspired to reach out to their instructors more. Some students said that the discussion and activities from Take 2 inspired them to take better care of themselves, to seek out the many resources available to them, and to not give up if things didn’t go as planned.

The afternoon event ended with music, lively conversations and a pasta dinner and dessert.