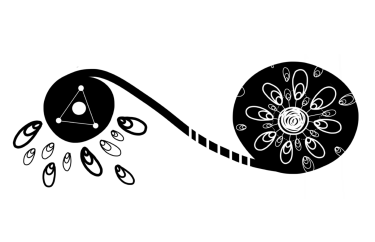 In 1948, ten workers at an Iowa meatpacking plant began Dupaco Credit Union by putting their mutual trust and around $150 in a shoebox. In 2017, I attended a credit union conference where Dupaco’s head of marketing David Klavitter said his key metric is still just as simple: 0% stock photos, only candid images of real members. However, in creating new financial products, much less envisioning their future, I found that Dupaco leadership leaves members out of the process.

This memo explains how co-ops engage members as a competitive advantage in product design.

Historically, and on principle, co-ops grow through open and voluntary member engagement. But as co-ops and credit unions reach enterprise-level scale, leaders close off member input. In my research, I’ve heard concerns about “too many cooks in the kitchen” or “complete chaos when everyone chimes in.” As a result, member representation is reduced to event photos like Dupaco. A top-down, closed approach to cooperative design is a lost opportunity to leverage what co-ops can do best: embrace member leadership.

How might credit unions build a future with their members at the center? How can executives, board directors, and staff include members in real cooperative leadership, not just photos? How might members co-design their own products and services?

As part of a project by the Institute for the Future on the future for credit unions, I researched the role members play in two successful cooperative enterprises: Stocksy, a digital content platform, and Loomio, an online tool for making group decisions. Both Stocksy and Loomio found a competitive advantage by putting their members at the center of their product development, from gathering insights to expanding into new markets. Compared to most credit unions, Stocksy and Loomio are still in their first generation; they’re organized around a single product; and, they have a membership that is a fraction of the size. But with their vibrant, digital-first approach to co-designing products, both Stocksy and Loomio offer useful lessons for credit unions and all large co-ops. This memo explains why and how.

Scaling Trust by Trusting the Process

Stocksy United is an online repository where over 1,000 members sell their stock photo and video content. Founded in 2013 by an executive with deep knowledge of the industry, Stocksy’s staff, board, and membership helped the Victoria, British Columbia-based co-op build a successful brand and enterprise.

Stocksy’s lesson: by engaging members like investors and making small bets in a democratic process, Stocksy cultivates profitable changes to their core business.

Member governance in Stocksy evolved from a simple online voting system. According to former VP of Operations and current CEO Mike Cook, Stocksy’s board and staff “treat members like trusted investors and advisors.” Their annual report is beautiful, interactive, and provides business insight for members to make educated decisions about future product direction – for example, investing in-house staff time to build capacity for stock video.

According to former Head of Product Nuno Silva, Stocksy’s main advantage is that their members are a large group of professionals who seek and follow trends in their industry. VP of Governance and Legal Margaret Vincent says this intimate knowledge of the digital content industry boosts their members’ ability to “make smart decisions for themselves, and together, for the co-op.”

Today, Stocksy develops proposals that improve their overall operations through a complex, multi-part workflow. It started with staff and board cultivating proposals in their online member engagement portal.

Making Member Problems Our Own

Loomio is a web-based tool helping thousands of groups of all sizes to make decisions together. Launched in 2012 by political organizers in New Zealand, Loomio’s leadership overcame messy tendencies of democracy by clarifying their business strategy with fresh perspective.

Loomio’s lesson: by listening to their core users’ struggles around group facilitation and adopting it as their own, Loomio creates a product that continues to compete with major enterprises.

Loomio grew by embracing the specific struggle facing group facilitators. The need for better decision-making tools emerged among a group of friends participating in a public protest in New Zealand.

According to co-founder Rich Bartlett, when Loomio first launched, over-eager users had many strong opinions. Rich and Loomio’s leadership found it difficult to understand what might affect how they “grow or go bankrupt as a result.” However, as the team communicated their business strategy more clearly, they were able to filter selectively for valuable feedback from groups using the platform in a variety of contexts. The Loomio team also fell in love with problems facing professional facilitators, the users who initiate new groups – and who might otherwise use collaboration tools by large-scale, venture-backed competitors.

Today, Loomio’s designers and developers have accelerated their rate of learning exponentially. They conduct user research with a representative sample of new users, visit select groups in-person, and most importantly for marketing, they nurture a network of facilitators who depend on their platform – which is close to how they started in the first place.

With so few examples of competitive and democratic initiatives, it’s fair for leaders of large organizations to assume member engagement can slow down or derail progress.

As we can see with Stocksy and Loomio, their future is enabled by embracing a more functional role for members as leaders. Members can propose new ways to be served if leadership can trust the process, and members can advance the overall business if leadership includes them in strategy conversations that might feel risky or uncertain.

To get started, credit union and co-op leaders can leverage their existing democratic structure by adding capacity for deeper engagement. This might include a trial program to invite and cultivate proposals from members for special projects, centering them in co-designing products they care about, and partnering with community organizations and industry associations to bring them to market, and the broader movement.

This research memo was prepared by Danny Spitzberg for a group of credit union leaders convened by Members Development Company and the Institute for the Future as part of a year-long strategic foresight project on the future of the credit union sector. Spitzberg is a MEDLab Community Fellow.