Many believe that solar panels will need to have a power conversion efficiency greater than 25% and a cost below $0.4/W to revolutionize how the world's population obtains its electricity. We believe that the most promising approach to reaching this goal is to make tandem solar cells with a high band gap solar cell harvesting the high-energy photons and a lower bandgap solar cell harvesting the low-energy photons. This approach has already been used to make solar cells with power conversion efficiency greater than 45%. The remaining challenge is to figure out how to make the tandems at low cost.

In the last few years perovskite semiconductors have emerged as one of the most promising materials for solar cells. The power conversion efficiency has soared from a few percent to over 22%. Perovskites have tunable band gaps and function well even as polycrystalline thin films, making them highly attractive for tandems.

One of our primary goals is to develop semitransparent perovskite solar cells with a bandgap around 1.8 eV that can be deposited on top of silicon solar cells to make tandems. Our group and our collaborators were the first to demonstrate mechanically stacked and monolithic two-terminal perovskite-silicon solar cells. In June 2016 along with Zach Holman's team at Arizona State University we achieved an NREL certified record 23.6% power conversion efficiency for monolithic perovskite-silicon tandems.

In 2016 we reported in Science that we developed a new 1.2 eV band gap perovskite in collaboration with Henry Snaith's group and used it to make an all-perovskite tandem with > 20% efficiency. These perovskites that contain both lead and tin have enabled us to make solar cells with remarkably low voltage loss. Understanding these materials and making thicker films that absorb light more effectively is of great interest to our group.

Our group was one of the first to discover that perovskite solar cells often have hysteretic current-voltage curves and was the first to realize that perovskites that contain both iodine and bromine undergo phase separation under illumination. These discoveries led to the conclusion that halogens are mobile in perovskite films. One of our research priorities is understanding the implications of this complexity that is not found in most semiconductors. This research involves nanocharacterization, spectroscopy and device modeling. With this fundamental research we hope to figure out how to push the efficiency of perovskite solar cells towards their theoretical limit.

Since perovskite solar cells already have the efficiency that is needed for commercialization and can almost certainly be manufactured at a highly attractive cost, the primary barrier to commercialization is going to be obtaining long-term stability. The challenge appears to be that the films are highly reactive with water and have a tendency to emit methylammonium iodide when heated. We are developing a comprehensive program to study the mechanisms of degradation and make highly stable devices. By replacing methylammonium with a combination of cesium and formamidinium, replacing metal electrodes with indium tin oxide and packaging the solar cells, our group was able to pass the industry standard 1000 hour 85°C 85% humidity damp heat test during the summer of 2016. We have also passed aggressive thermal shock and ultraviolet radiation tests. 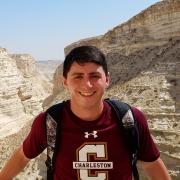 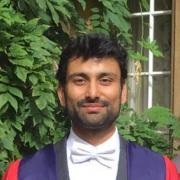 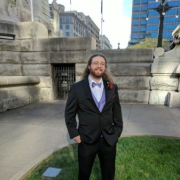 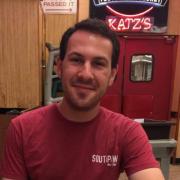 Eli Wolf
Return to the top of the page