Former member of the Dukovic group, Amanda Grennell, has been selected for the 2018 Mass Media Science and Engineering Fellows Program through the American Association for the Advancement of Science (AAAS). As a fellow, Amanda, who graduated last summer, will spend 10 weeks this summer reporting for the science section of PBS NewsHou 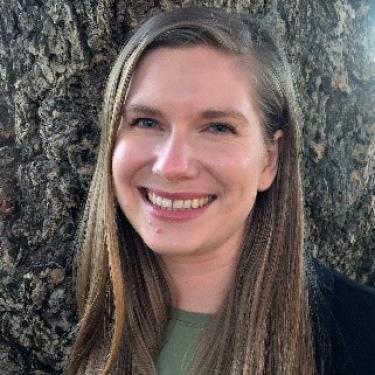 The AAAS Mass Media Fellowship places science, engineering, and mathematics graduate students (or recent grads) at media organizations nationwide. From magazines like WIRED and Discovery to newspapers like The LA Times and The Washington Post, fellows use their academic training as they research, write, and report today’s science headlines.

During her time at CU, Amanda acted as a senior editor for Science Buffs, where she sharpened her writing skills for a broad audience and became passionate about communicating science. She also acted as artistic director for last year’s inaugural ComSciCon Rocky Mountain West, a science communication workshop for graduate students.

“As kids, we are all scientists – examining the world around us and asking lots of questions. But many people forget this as they become adults, and think science is too hard for them to understand. But it’s not. I want my writing to invite people back in to the amazing world of science and discovery” said Amanda. “At PBS NewsHour I will learn and practice critical reporting of science – a kind of ‘trial-by-fire’ training in journalism. It’s going to be tough, but also very rewarding.”

Each year, 15-20 students are selected for the fellowship by AAAS and sponsored by a group of generous science societies and foundations. Amanda is elated to be sponsored by the American Chemical Society, which she has been a member of since she was an undergraduate. Fellows receive a weekly stipend of $500 and travel expenses to orientation and wrap-up sessions that provide training, career panels (with experts like AAAS CEO Rush Holt!), and bonding with other fellows.

The 2019 fellowship program will be announced this fall. Find out more about the AAAS Mass Media Fellowship.