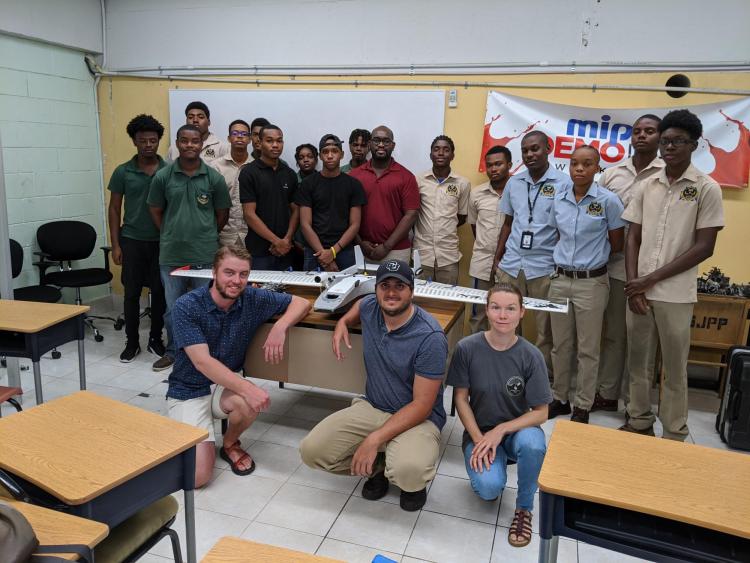 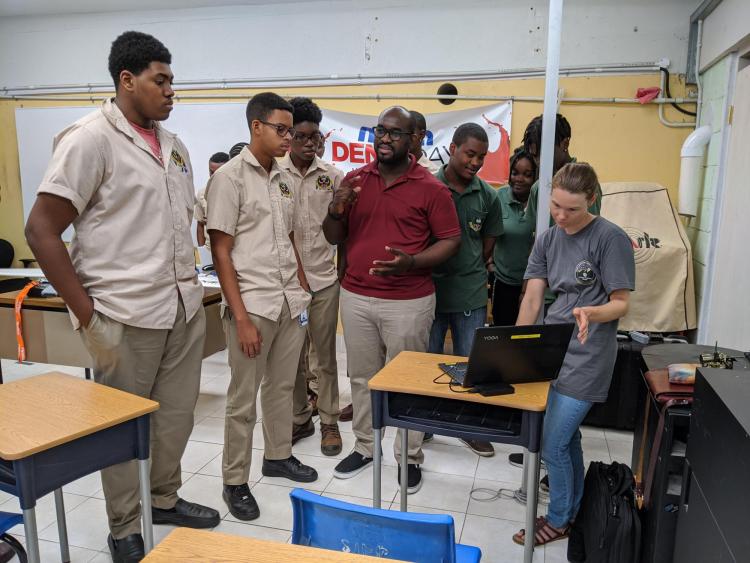 This past Thursday, IRISS had the opportunity to work in conjunction with the US Embassy in Barbados and NOAA to participate in an outreach event to Samuel Jackman Prescod Institute of Technology (SJPI). The use of UAVs has been highly controversial in Barbados, and this outreach opportunity provided a chance for SJPI students to further their knowledge of this technology.

IRISS staff member Chris Choate, CIRES researcher Radiance Calmer, and RECUV student Jonathan Hamilton spent Thursday morning demonstrating the advantages of UAVs, which include small tight orbits, low altitudes, and low cost to high return. They explained the basics of the RAAVEN system deployed on project ATOMIC, which had been granted special permission from the government of Barbados to perform this particular research. IRISS is hoping to build a relationship with SJPI and is looking forward to potential future collaboration with similar teams around the world.

When meeting with the SJPI, IRISS conducted a class presentation in a hands-on environment to engage the students. They were able to interact with the aircraft to understand the structure of the vehicle. They were also able to interact with the ground station to see how the system controls and communicates with the aircraft. This allowed the class to have well-rounded knowledge regarding the overall Unmanned Aircraft System. In the end, there was a discussion held that was open to questions that sparked engagement for both teams.

Ian Drakes, Principal of SJPI, thanked the team, saying, "we look forward to greater collaboration and positive development for our nation's children in these drone technologies."