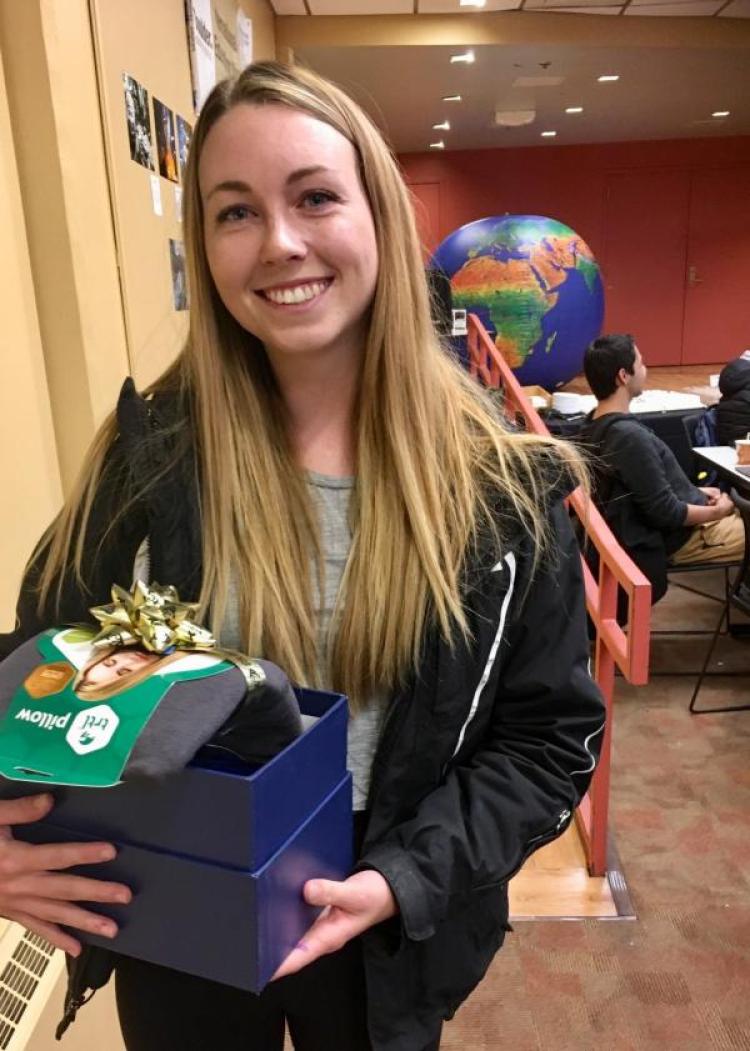 Hagewood was awarded a Rotary Scholarship for her language study in Morocco and while there, she worked diligently to improve her Arabic not only in her classes, but in her daily interactions with locals. Her time in Morocco left her committed to wanting to help with the global refugee crisis that has been centered around migration from the Islamic world into Europe. To this end, she has been studying not just Arabic but also German (in addition to her fluent Spanish). She hopes after graduation to return to that part of the world and contribute to assisting refugee travel and resettlement.

Hagewood is described by superiors as fun to work with, reliable, and showing great insight and intelligence in everything that she does. She has been very involved in the CU Boulder community before and after studying abroad. A few examples of her service include: interning at the Center for Western Civilization, Thought & Policy, serving as Flag Organizer for the Conference on World Affairs, and interning at both the UN Association of Boulder County and the Global Studies Residential Academic Program.

Since returning to CU after studying abroad, she has been active in founding a chapter of the Slow Food Youth movement, which advocates for farmers’ rights and environmental initiatives. The organization seeks to connect the pleasures of the table with a commitment to the communities, cultures, knowledge, and environment that make this pleasure possible.

Congratulations to Natalie Hagewood for receiving the 2018 Education Abroad Student of the Year Global Citizen award!