Narrative Truthiness explores the complex nature of truth by adapting Stephen Colbert’s concept of truthiness (which on its own repudiates complexity) into something nuanced and positive, what Annjeanette Wiese calls “narrative truthiness.” Narrative truthiness holds on to the importance of facts while complicating them by looking at different types of truth, as well as the complexity, contradictions, and consequences of truth in the context of human experience.

Narrative Truthiness foregrounds the complexity that is inherent in human understanding and experience and in the process demonstrates the significance of the complex tensions between what we feel to be true and what is true, and how we are shaped by both.

Praise for the book:

“Beautifully written, Narrative Truthiness takes the reader on a trip through lies, hoaxes, satire, the search for origins, the fabrication of memories, the construction of the verisimilar, and—through all these narrative modes and themes—the quest for authenticity. Wiese makes a powerful plea in favor of a literary conception of truth that acknowledges the complexity of truth and does not limit it to the accurate presentation of facts, without, however, rejecting any kind of factuality.”—Marie-Laure Ryan, coeditor of Possible Worlds Theory and Contemporary Narratology

“Narrative Truthiness provides a new window into thinking about the interactions between fact and fiction, and how we need one to understand the other, through a focus on texts that straddle the line between representative and fictional narrative. It is well researched and theoretically sophisticated.”—Marjorie Worthington, author of The Story of “Me”: Contemporary American Autofiction 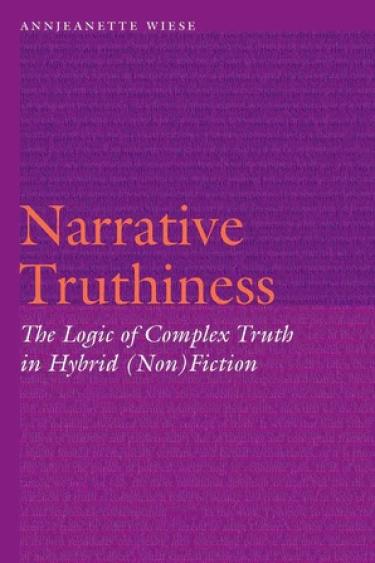