The Pacific Coast Highway travels along the entire coast of California, traveling through a myriad of cultures and ecosystems. The highway itself is a medium for many to connect over a similar drive to see California's differences. 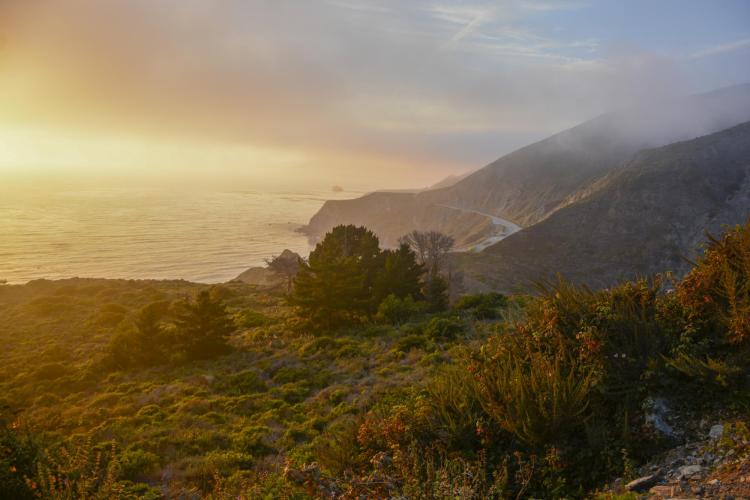 The weekend of the 2017 solar eclipse, my father and I drove up to Wyoming and stayed with some friends amongst some of the most incredible sandstone geology I've ever seen. That morning, we all hiked up to a large basin and sat amongst the rock formations. As the eclipse progressed, the world began to look stranger and stranger. It felt overcast, though there wasn't a cloud in the sky. As totality approached, all sorts of strange tricks of the light happened around us.

In the last seconds before totality, the moon had eclipsed all but a single pinpoint of piercing light, creating what's known as the "diamond ring" effect. THis is represented in the music by the strums in the extreme upper register of the piano. It was this moment of the eclipse that I remember most vividly, seeing the sun focused to a laser-like point, which quickly faded into the magical disc of the corona. Upon experiencing totality, I began to cry for reasons I still cannot explain. As totality drew to a close, the second "diamond ring" effect pierced through the sky, leaving my father and I to watch as the steps reversed and the light slowly returned to the world.

I could have sat under that solar eclipse for hours, feeling the slight breeze on my skin, seeing the horizon lit up in an eerie sort of twilight glow from all directions, and witnessing the immense celestial coincidence happning above. 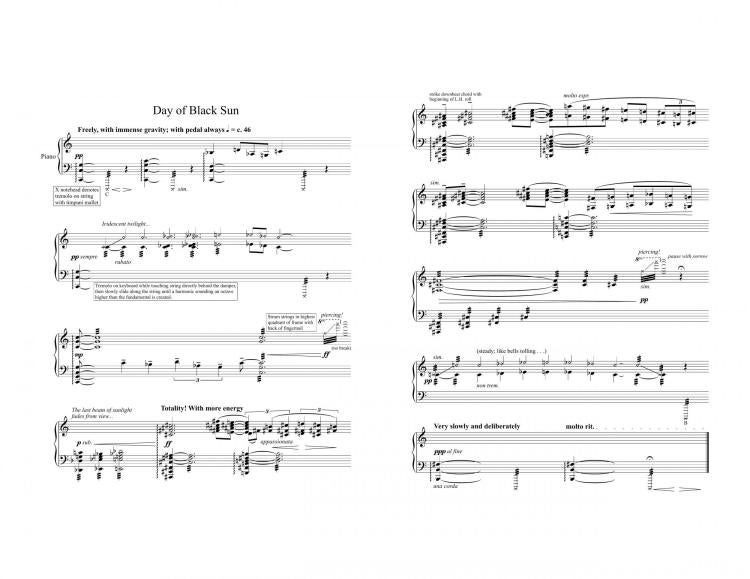