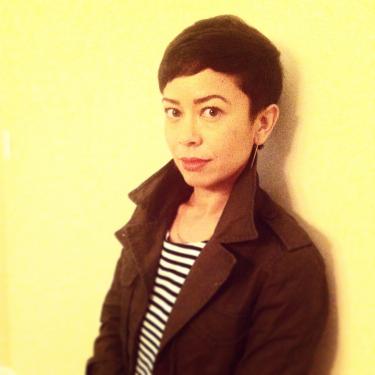 Lauren Shizuko Stone is an Assistant Professor of German whose research and teaching interests include literature and culture from the  late 18th to the early 20th centuries and their points of intersection with the German philosophical tradition since Kant. She received her MA at Johns Hopkins University in 2008 and her PhD at New York University in 2013. Her research focuses on representations of marginal figures in quotidian culture, with an emphasis on short format prose (e.g., fragments, letters, short stories, and novellas) produced during the rise and solidification of the bourgeois class. Broadly speaking, her work is animated by an interest in how literature renders a range of intractable philosophical problems through poetic language—from the re-appearance of Leibniz’ monad in early 20th century representations of childhood to the construction of gender in expressions of female same-sex desire before Freud. Recently, her  work has ranged in topic from flirtation as a question for ordinary language philosophy to the aesthetic production of the non-traditional “family.” And although her research and teaching draw on philosophical ideas, her methodology consistently combines close readings with cultural and historical context.

Flirtations: Rhetoric and Aesthetics this Side of Seduction. (Fordham University Press: 2015) Introduction and Co-Editor (with Daniel Hoffman-Schwartz and Barbara Natalie Nagel).

“The ‘Irreducible Double-Stroke’: Flirtation, Felicity, and Sincerity” in Flirtations: Rhetoric and Aesthetics this Side of Seduction. (Fordham University Press: 2015).

"Approximate Family: The Taxonomy of Motherhood in Theodor Storm’s Viola Tricolor” in The Germanic Review, vol 92, no. 1 (2017)

“Die Kinderstube. The Space of Poesis in Rilke’s Prose Work” on the relationship between representations of ordinary child-like intuition of the home and the poetic imagination.” in German Quarterly (Forthcoming: 2017).

Kinderstuben. The “Small Worlds” of Childhood in Stifter, Rilke, and Benjamin examines tropes of containment and circumscription in representations of childhood spaces. The book argues that these serve as experimental zones for working out the relationship between empirical, everyday experience and synthetic notions such as fantasy, history, or transcendence. (In-progress)

Love Letters: Translating ‘Freundschaft' and ‘Frauenliebe' between Romanticism and Freud on translation, metaphor, and infelicity, in the poetry and letters of the Droste-Schopenhauer circle. (In-Progress).