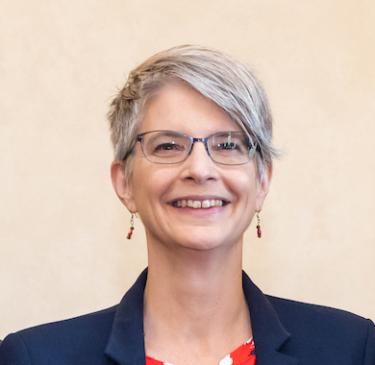 Laura Olson Osterman (Laura J. Olson) received her Ph.D. in Slavic Languages and Literatures from Yale University in 1994 and has an M.A. in Comparative Literature from Indiana University (1990). Her first trip to Russia, as a senior in college in 1982, convinced her that she wanted to study the endlessly fascinating Russian culture. Upon her return from Moscow she wrote her senior thesis on contemporary Soviet female-authored short stories. In graduate school and beyond, she continued to pursue her interests in 19th and 20th century Russian literature and culture. In her dissertation she took a new look at a classic novel, Tolstoy's War and Peace.

She has published papers on representations of gender in Russian texts, and the role of parody in Soviet culture. Her first book, Performing Russia: Folk Revival and Russian Identity (RoutledgeCurzon, 2004), investigates how and why intellectuals, entrepreneurs, and government policymakers reinvented Russian folk music and dance performance from the nineteenth century to the 2000s. Her second book, The Worlds of Russian Village Women: Tradition, Transgression, Compromise (University of Wisconsin Press 2012) coauthored with Svetlana Adonyeva of St. Petersburg State University, follows three generations of Russian village women and shows how they claim their considerable social power through rituals, everyday acts, and discourses. The book focuses on traditional practices associated with marriage, childbirth and death, as well as romance songs, satirical ditties, and healing and harmful magic. It was awarded the Chicago Folklore Prize for the best book-length work of folklore scholarship for 2013, and the Elli Köngäs-Maranda Prize by the Women’s Section of the American Folklore Society.

Prof. Osterman is currently at work on her third book, on the ways that Bulgarian Muslims (Pomaks) have begun to rewrite their history and reclaim their traditional culture and religion in order to reconstruct their ethno-religious identity.

At CU Prof. Osterman teaches courses on Slavic folk culture, Russian fairytales, women in Russian culture; the absurd and supernatural in Russian culture. When not teaching or researching, she might be found singing Russian or Bulgarian folk songs. Prof. Osterman sings with Planina: Songs of Eastern Europe. She continues to travel to Bulgaria and Russia to research folk culture.