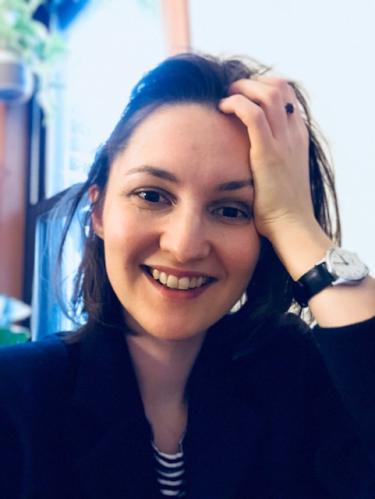 Anastasiya Osipova is scholar of Soviet and contemporary Russian and Ukrainian cultures, with a focus on materialist aesthetics. Her first book, Survival and Mobilization: The Genre Memory of Soviet Prison Writing explores inter-generational aesthetic influence among political prisoners from 1920s to 2020s.

In addition to her academic work, she is active as a writer, translator, and publisher of contemporary art and poetry in Russia and Ukraine. In 2013 she co-founded Cicada Press, an imprint committed to publishing formally experimental Eastern European writing.

“DOXA and the Strategies of Non-Melancholic Confinement” (forthcoming)

“The Forced Conversion of Varlam Shalamov,” The Los Angeles Review of Books (July 2019).

“The End of The Soviet Baroque: Historical Poetics in Olesha’s Envy and Tynianov’s The Wax Person,” Transcultural Studies: A Journal in Interdisciplinary Research, vol.13, (2017): 2.

“Difficult Facts: Esfir Shub and the Problem of Realism.” The Brooklyn Rail (September 2011).

American Association of Teachers of Slavic and East European Languages