Nobel Prize in Literature: A New Series in the Boulder Book Store 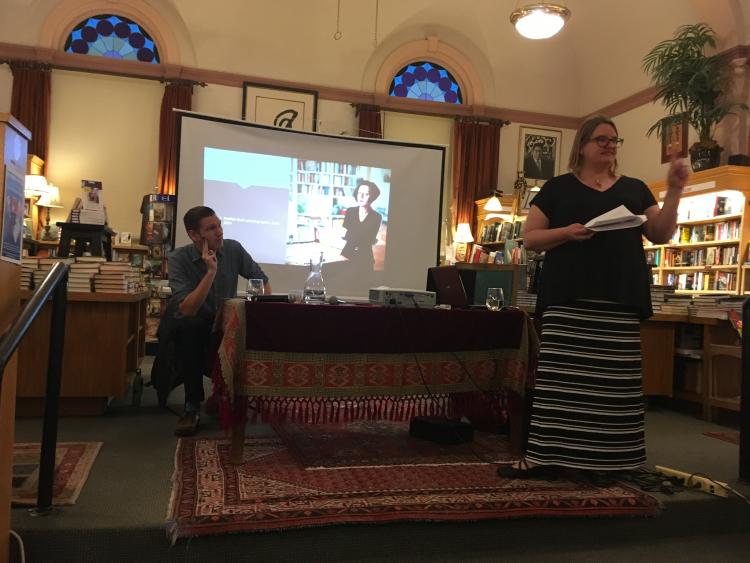 It all began in October 2015 when Svetlana Alexievich, the Belorussian author writing in Russian, recieved the Nobel Prize in Literature. For the introduction of our students and community members to this writer, Senior Instructor of Russian Studies Tatiana Mikhailova organized an event, in which she and Mark Leiderman introduced Alexievich, and Tom Roberts and his students read selected fragments from Alexievich's books. In early Spring 2016, Tatiana transfered this event to Boulder Book Store  with the same crew, ehanced by Professor Laura Osterman's emotional reading of Alexievich.

De facto, the Alexievich event has. started a new series in Boulder Book Store dedicated to winners of the Nobel Prize in Literature. Furthermore, the structure of the event consisting of short lectures and readings of the writer's works, also has defined the format of almost all subsequent presentations. In Spring 2016, there was one more presentation in Boulder Book Store - on the Chinese writer Mo Yan, winner of the 2012 Nobel Prize in Literature by his tranlsator, Howard Goldblatt, who discovered this writer to the anglophonic world.

In academic year 2016-17, in collaboration with Stephanie Schindlelm, Boulder Book Store's organizer of events, and with the support of the Arts and Humanities Outreach grant, the series continued on a monthly basis. In Fall 2016, David Atherton (professor of EALC) presented on Kenzaburo Oe (prize of 1994), Warren Motte (professor of FRIT) on Albert Camus (prize of 1957), and Peter Elmore (professor and chair of Spanish and Portugese) on Mario Vargas Llosa (2010).

In October 2017 a new winner of the Nobel Prize in Literature was announced - many were surprised to learn that this was Bob Dylan. Simultaneously, a new tradition was born. We decided to begin each new calendar year with the presentation on the most recent winner of the Prize. Thus, Adam Bradley (professor of English) began 2017 with his most exciting presentation on Bob Dylan. Also, in 2017 the series presented Valerio Ferme (professor of FRIT and divisional dean in Humanties and Arts) with the talk on Dario Fo (1997), Beverly Weber (professor of GSLL) with the lecture on Herta Mueller (2009), and Mark Leiderman (professor and chair of  GSLL) on Joseph Brodsky (1987).

All these lectures were highly successful. Some of them - such as Warren Motte on Camus or Adam Bradley on Dylan - were better attended than others, but there was always excited and highly interested audience, eager to learn about the given writer and enjoying literature in its dicersity. Thus, the series effectively established a steady channel of communication between CU professors of literature and Boulder community interested in the world literature. The series will continue next year. At the "Nobel dinner"  (another new tradition) participants and activists of the series outlined subjects and presenters. Keep an eye on the coming attractions!