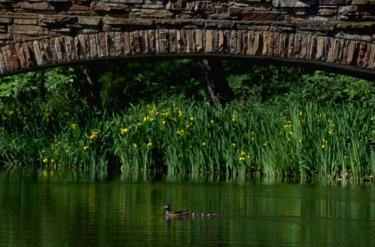 Kelsey Ann Fuller, a second year Swedish language student and doctoral student in music ethnology, is the recipient of the SWEA MAME (Middle Americas Region) 2017 scholarship. SWEA MAME is awarding Kelsey a $2000 scholarship/travel grant to support her research on Sami music and culture, and her Swedish and Sami language studies. Kelsey will be working in Sweden with Professor Krister Stoor at University of Umeå this summer.

“Kelsey has for several years contributed to research in Swedish music, including Sami music, joiking and Swedish folk jazz. She will be developing her research and her doctoral thesis further through the Umeå project. Her intention is also to learn the Sami language, and study gender equality in the Sami culture and Sami rights as an indigenous population in Sweden.

Kelsey has a bright future as a scholar and it is with joy and high expectations that SWEA MAME awards her this support.”

SWEA is a GLOBAL NETWORK with 7,000 Swedish speaking women in more than 70 chapters in over 30 countries.  SWEA is the largest organization outside Sweden promoting Swedish language, culture and tradition.

The GSLL Nordic Program congratulates Kelsey on her award.