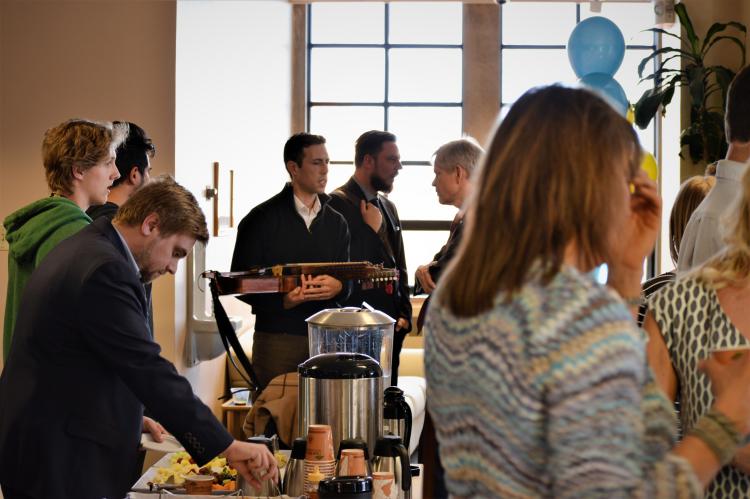 The Swedish Ambassador to the U.S., Björn Lyrvall, visited GSLL on March 10, 2017. The department hosted a reception for the Ambassador in the UMC 5th Floor Terrace. Accompanying the ambassador were Andreas Ershammar, Embassy Counselor of Trade and Commercial Affairs, and Honorary Counsel Don Pedersen of the Swedish Consulate in Denver. In his remarks, the ambassador spoke of the importance of the relationship between Sweden and US, alluding to the challenges of the recent changes in the US administration, while emphasizing the strength of this long-standing relationship. He commented on collaborative initiatives in the areas of security in Northern Europe, climate control, migration, and infrastructure development in Africa. At the ensuing QA session, the ambassador answered questions on Sweden´s relationship with president Trump, trade issues and Sami rights. Guests were treated to music on the nyckelharpa, a traditional Swedish instrument, played by Benjamin Teitelbaum, CU College of Music.