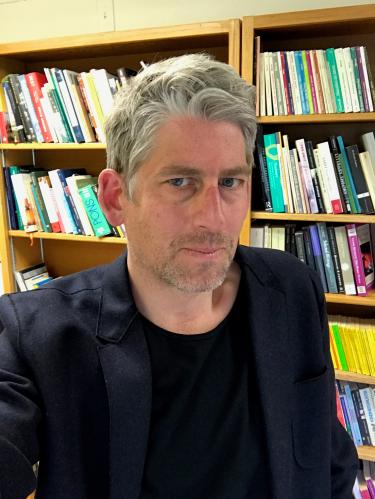 Arne Höcker has been awarded a 2017-18 CHA Faculty Fellowship from the Center for the Humanities and the Arts. During his time as a CHA Faculty Fellow, Professor Höcker plans to complete a book project titled “The Case of Literature: Literary Case Histories from Goethe to Kafka”. The book examines the interplay between fictional literature and the emerging human sciences from the end of the 18th to the beginning of the 20th century. Drawing on literary texts from Goethe, Schiller, and Büchner, to Döblin, Musil, and Kafka, and analyzing them in the context of contemporary scientific discourses—from 18th century pedagogy and psychology to 19th century criminology and sexology, and 20th century psychoanalysis—the book proposes a new assessment of fictional literary discourses. The book argues that fictional literature since the 18th century not only contributed to the differentiation of the human sciences, but that literature establishes itself in this process as the privileged medium for the modern style of “reasoning in cases”.