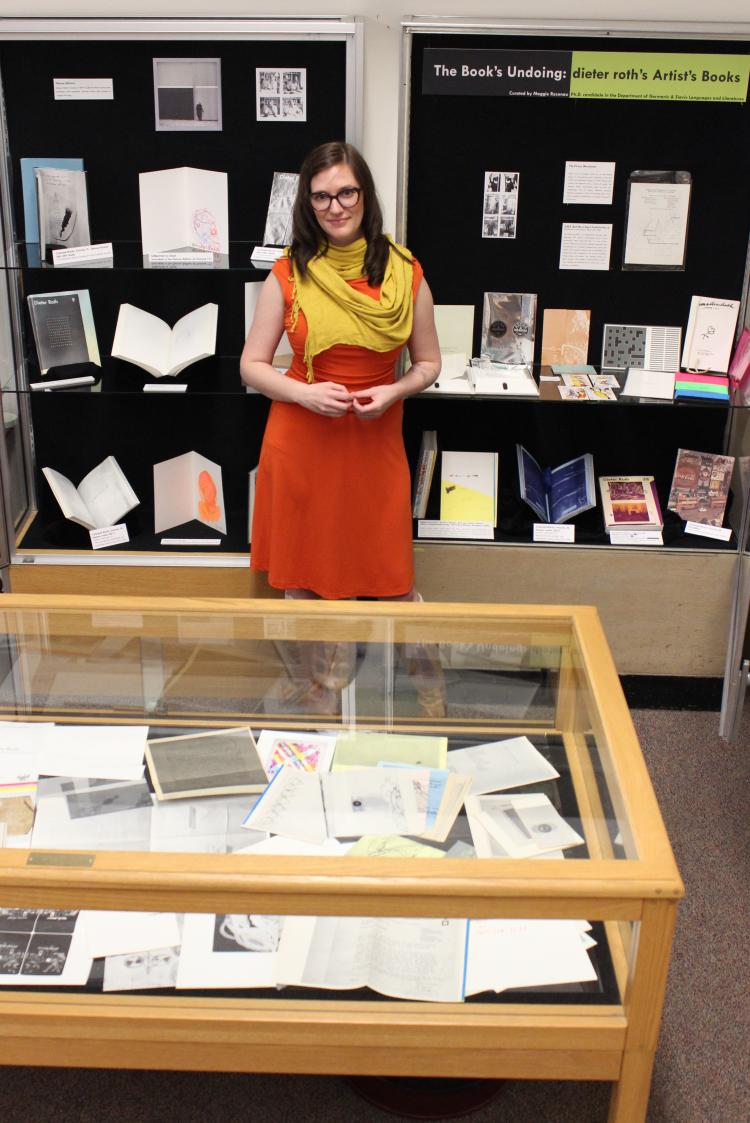 The Book’s Undoing: Dieter Roth’s Artist’s Books will be on display January 26-May 15, 2015 at the University of Colorado Boulder Special Collections Reading Room at Norlin Library. The show exhibits Dieter Roth’s Gesammelte Werke (Collected Works), a 26 volume self-published catalogue of reconstructed versions of his own artist’s books. Launched in 1969, its production took Roth 16 years and involved collecting, editing, revising, expanding, and in some cases embellishing unique and previously published works. Gesammelte Werke is not a chronological presentation of Roth’s activities, but rather an artistic archival undertaking.

Dieter Roth (1930-1998) was a poet, artist, and master printmaker. Born in Hannover, Germany to a Swiss father and German mother, Roth was evacuated at age 13 from war-torn Germany to Zürich. During the several years he was separated from his parents, his pursuit of art and poetry began. Roth’s interests would lead him to collaborate with concrete poet Eugen Gomringer, artist Daniel Spoerri, and many other influential figures in the decades after World War II. His acute fascination with poetry, design, and print compelled him to experiment with the book and with bookmaking.

Roth’s innovative use of the book as an artistic medium has contributed to his reputation as one of the most original and imaginative post-war European book artists. His early works, which he thought of as visual poetry, interrogate the book through experimentation with materiality and form. Many of Roth’s books function as diaries documenting his daily activities and obsessive creative outpouring. Other books, made by collaging accumulated studio waste, serve as tribute to the singularity of his own life and artistic pursuits.