Home/Learn/Technology may prevent the worst climate scenarios, but how do we adapt now?

Ask a room full of experts for their solutions on addressing the climate crisis, and talk of promising new technologies often takes center stage.

Indeed, things like expanded solar and wind power and alternative transportation systems will play a critical role in mitigating some of the worst-case scenarios a warming planet could bring. But for those already living those scenarios, the time to adapt is now. It’s often the quieter, grass-roots strategies—like implementing new farming practices, financially empowering women and including the most vulnerable when making plans for the future—that can have a big impact, experts say.

According to a new survey by the World Economic Forum, more than half of adults on the planet believe climate change has already had a severe impact on their part of the world, and 35% fear it may force them from their homes in the next 25 years. In 2020 alone, weather-related events displaced 30 million people.

“The reality is, we have already warmed the planet a lot and we need to be thinking about a world where climate-related disruptions are the new steady state,” said sociologist Lori Peek, director of the Natural Hazards Center at the University of Colorado Boulder. “Technical fixes are important, but they can only get us so far. We need social fixes, too.”

“The reality is, we have already warmed the planet a lot and we need to be thinking about a world where climate-related disruptions are the new steady state.”

For Constance Okollet, summit panelist and founder of the Osokura United Women Network, that means empowering women, who, as the traditional family caregivers in many areas, tend to bear the brunt of climate change impacts.

“The woman is the engine of the home,” Okollet said via Zoom from her home in Asinget village, Uganda. “If you want something to change, look to the woman.”

Three-quarters of Uganda’s population relies on subsistence agriculture, with farmers using the money from selling surplus crops to pay for basics like children’s school fees and medicine. When crops fail, the effects ripple.

“When I was growing up, we had good yields and times were good,” recalled Okollet, a 58-year-old mother of seven.

Now, people must travel long distances for water, and scorching droughts are followed by floods that wash away crops. Every season is a gamble.

“Now, there is no food,” she said. “People go to sleep hungry. People are dying.”

She helped establish the Osokura United Women Network in the late 2000s, after lethal floods washed away crops, livestock and homes in her own village. At the time, she didn’t know what climate change was. When she learned that pollution from industrialized nations was essentially killing her neighbors, she was stunned. People in her region didn’t cause the problem, but she had ideas on how to help solve it.

With about 2,000 members, the group sends participants across the region to educate their neighbors about climate change and how to adapt. They teach them how to pool and save money so they can survive when crops fail, start small businesses, and manage their farmland in ways that make it more resilient.

Meanwhile, Okollet travels the world encouraging policymakers to invest in and replicate grassroots programs like hers.

About 2,000  miles to the south, in Johannesburg, panelist Ndivile Mokoena, project coordinator for Gender CC Southern Africa, takes a similar approach. The organization brings women from different regions and generations together to learn from one another about how to handle new pests, extended dry spells or torrential rains in their kitchen gardens or farms.

If a particular seed isn’t working in one area anymore but working in another, they trade.

They teach one another how to preserve and can, so if there is no harvest, they have food  to live on. They learn how to get credit or even buy their own land, a practice once unheard of due to patriarchal traditions. And they learn how to engage in the political process.

“We are teaching them to be a part of the dialogue around climate change, so that no decisions are made about them without them,” Mokoena said. 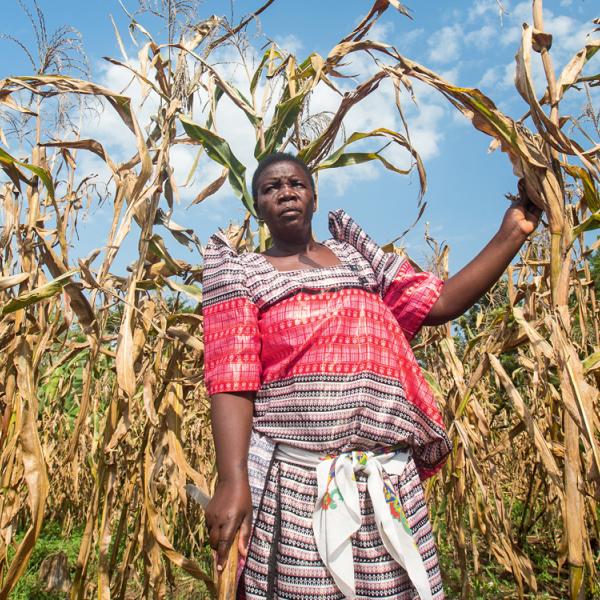 Some models project that as many as 340 million people in coastal areas could be displaced by rising sea waters by 2050.

For many of these communities, adaptation will mean picking up and permanently leaving home.

To ensure that relocation is successful and just, policymakers around the world should be making plans now, inviting communities to talk about what this migration might look like, said Jola Ajibade, an associate professor of geography at Portland State University who studies managed retreat due to climate change.

In one recent analysis of 138 case studies of relocations, she concluded that just 46% were successful. All of the relocations came with unintended consequences.

In one case in Lagos, where Ajibade is from, about 30,000 people were violently forced out of a coastal community with guns and teargas, with no place to go. In several instances, often in poor communities in developing countries, top-down government plans have moved people from one threat, such as sea level rise, to another, drought or landslides. Often, people are moved to new communities to find the houses poorly built, and no access to transportation or cultural touchstones, like churches or burial grounds.

In contrast, the paper points to the Blue Acres buyout program in New Jersey as, in many ways, a standout model to improve community resilience amid a changing climate. Established in 1995, it offers homeowners pre-disaster market value for their properties while extending relocation assistance to renters. Vacated land is converted into parks. And community members are largely driving the process. Blue Acres has purchased over 700 properties statewide and negotiated nearly $6 million in debt relief for people owing more than their home is worth, Ajibade reported.

“A paradigm shift in retreat policies, planning and implementation is urgently needed,” she wrote, noting that such success stories are the exception, particularly in the developing world.

Ajibade’s advice to policymakers: “Start talking to communities now, long before deciding whether relocation is the appropriate adaptation, about what that would look like. And make sure the most vulnerable people’s voices are not just heard, but taken seriously.” 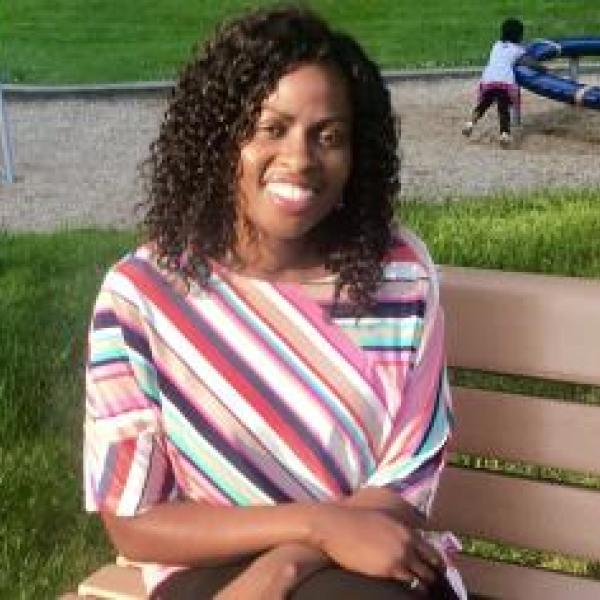 Relocation plans aside, nearly every community must face the fact that natural disasters are now a norm, not an exception, Peek said.

“The single most important thing we can do is invest in our community before the next disaster comes,” she said.

That means, in addition to making buildings and infrastructure stronger, making our social fabric stronger.

“There is growing recognition that these events are not ‘great equalizers,’” Peek said. “People at the margins suffer first and worst.”

Peek encourages communities to develop communication strategies to ensure that everyone, including the elderly, children and people with  disabilities, knows how to get out when disaster comes, and plans to be sure schoolchildren can continue to learn (and ideally stay connected with one another) if evacuated.

Peek also said she hopes to see policy changes that support people, both socially and financially, if they can’t return home.

“Our whole structure of recovery has been predicated on people recovering in the places where they were, but what if those places are no longer safe?” Peek said. “Those are the kinds of discussions we need to be having—questioning the whole basis of disaster recovery.”

Another way to become more resilient to climate change: Get to know your neighbors. You may need their help someday.

“If we are ever going to come up with real solutions, it’s going to be through mutual connections and investments in this one great planet that we call home,” Peek said. 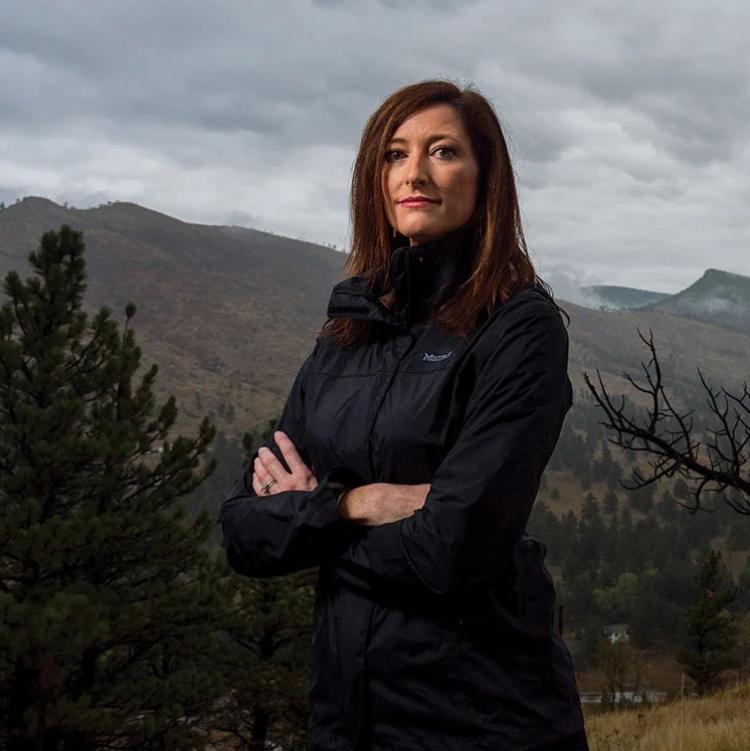