Pasang Dolma Sherpa cherishes any time she can spend in Nepal’s mountainous region, where she grew up in a Sherpa village. Now, as an adult, she loves introducing her two young children to the beautiful natural setting and the joys of living off the land.

But the scenery Dolma Sherpa adored as a kid has changed significantly—and for the worse.

The shift in rainfall and snowfall patterns, rise of vegetation-destroying worms and insects, and other climate change­-driven issues are causing severe damage to vital crops, such as potatoes, garlic, rice and barley, and making it more challenging to raise livestock. Some Sherpa communities live in fear of avalanches and landslides, which have also destroyed spiritual sites—devastating events that people sometimes blame on themselves or an evil spirit because they don’t understand climate change, she said.

As a result, Sherpa people choose to migrate, leaving their homelands behind and restricting their chance to pass down spiritual, cultural and social values to younger generations.

Experiencing the changing weather’s harmful effects on Nepal’s Sherpa villages led Dolma Sherpa to become an advocate for Indigenous communities, specifically in the areas of climate change and environmental protection.

After working behind the scenes for the Center for Indigenous Peoples Research and Development (CIPRED) for several years, she became the organization’s executive director in 2016. The role enables her to lead efforts to address Indigenous peoples’ issues and concerns—including those related to climate change, biodiversity conservation and the management of natural resources—via policy advocacy, resources documentation, traditional livelihood empowerment and more.

Part of Dolma Sherpa’s work includes bringing the voices of Indigenous community members to relevant local, national and global government agencies and other bilateral groups to raise awareness about their contributions to the resilience and adaptation of biodiversity. Even though Indigenous peoples only make up about 6.2% of the world’s population, they protect more than 80% of the world’s biodiversity and have ancestral expertise on how to adapt and reduce climate change and disaster risks.

Dolma Sherpa said the preservation of Indigenous peoples’ cultural values and skills, such as farming native fruits and creating various handcrafts, is also important. That allows them to pass that knowledge along to young people—who can learn to value their roots and be inspired to fight the effects of climate change in the future.

“We need to balance science knowledge and the Indigenous knowledge so that our future generation will have an option in life,” she said. “When you know cultural values, that gives you the option to bring the science knowledge [you learn in the city] and also support your community on the ground.” 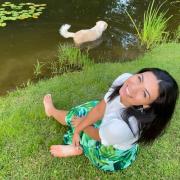 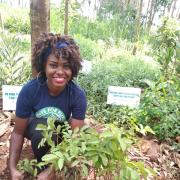 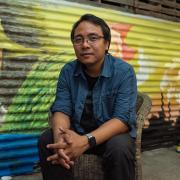 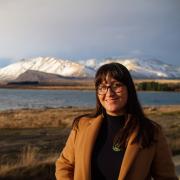