Humans will soon explore, live, and work on the Moon and Mars. How do microbes behave when they grow at those gravities (the Moon has about one sixth of Earth's gravitational pull, while Mars has about a third)? Will we need different doses of antibiotics to fight bacterial infections depending on where (Earth, lower Earth orbit, the Moon, or Mars) they are occurring?  What changes at the molecular level under each of these environments? Do the genes associated with resistance to antibiotics or the microbes' ability to cause disease change depending on the gravitational environment? Micro- (as astronauts currently experience on board the International Space Station), Lunar, and Martian gravities are simulated using a device called Clinostat, which doesn't remove the gravitational pull of Earth but allows scientists to replicate some aspects of the environment around cells at different gravitational environments.

What are the project’s objectives?

This project aims to characterize changes on cell growth dynamics and cell aggregation as a function of gravitational regime (simulated micro-, 1/6 and 1/3 g). This is complemented by gene expression analyses focused on the drug-resistance-associated genes (resistome) as well as those responsible for bacterial virulence. This systematic microbial study includes multiple commensal, opportunistic, and pathogenic bacterial and fungal strains. This study has a second component that focuses on determining if there are changes on the concentrations of drugs needed to inhibit microbial growth at different gravitational regimes.

How is this being done?

Ten different strains of bacteria (including Escherichia coli, Pseudomonas aeruginosa, methicillin-resistant Staphylococcus aureus (MRSA), Salmonella, and Shewanella oneidensis) and of fungi (including Candida albicans) are being investigated in this project. They are cultured separately in BioServe’s Fluid Processing Apparatus (FPA), which in turn are assembled into Group Activation Packs (GAP), of which over 5,000 and 600, respectively, have been operated in orbit on over 40 spaceflight experiments. This helps our team compare clinostat-produce data against sets derived from actual microgravity. Reduced gravitational conditions are achieved using BioServe’s GAP Clinostats (GAP-A540).

BioServe’s Fluid Processing Apparatus (FPA), each loaded with four independent chambers. Each chamber contains 1.3 ml of a bacterial culture. To date, over 5,000 FPAs have been operated in orbit on over 40 experiments, allowing us to compare our data against sets produced from flown samples 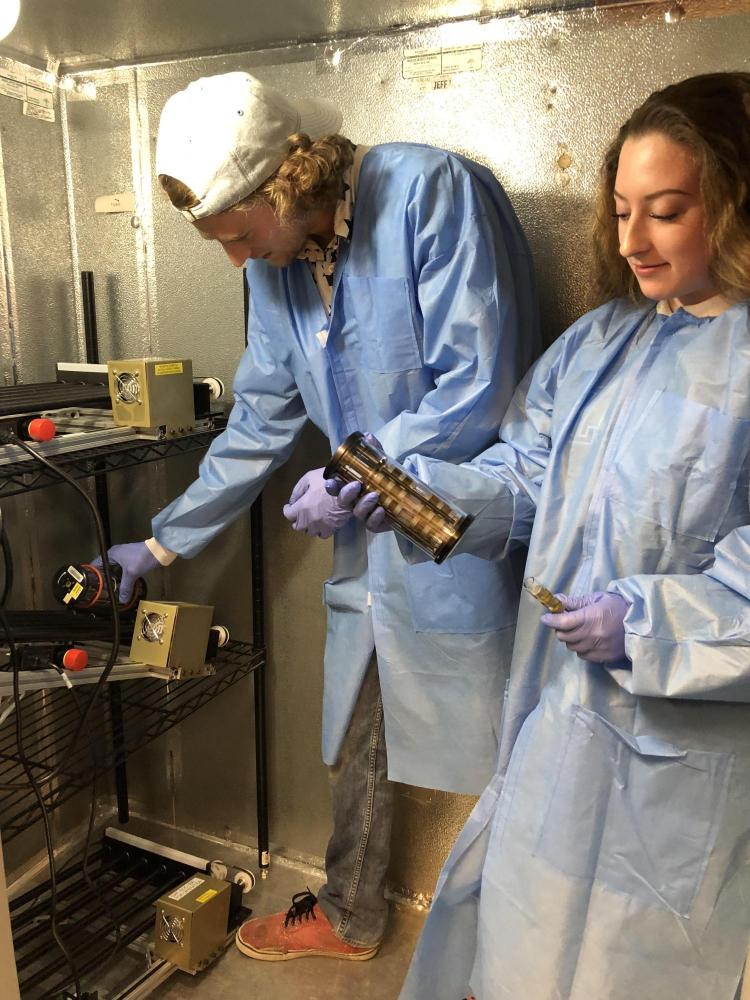 The molecular, cellular and developmental biology (MCDB) and aerospace engineering students at BioServe Space Technologies are the backbone of this project. 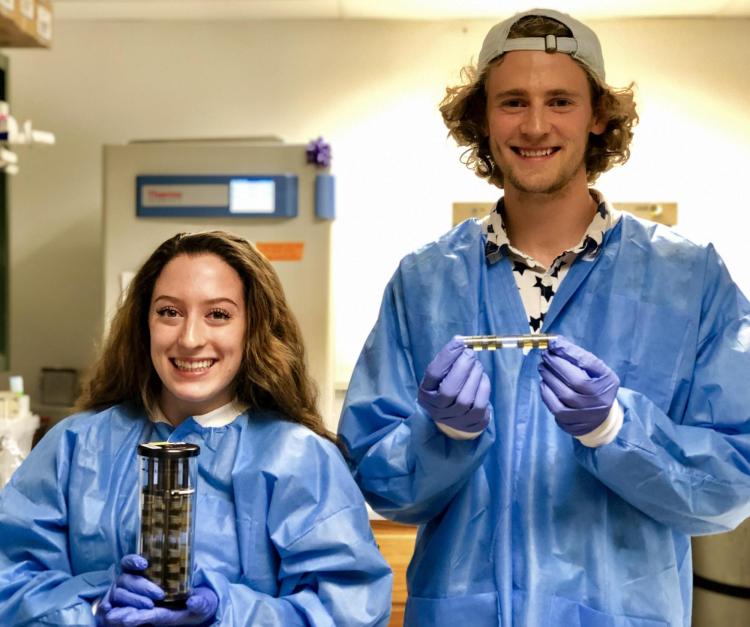 Tadg Forward – Tadg is a senior undergraduate student studying MCDB with a minor in Biochemistry at the University of Colorado, Boulder.  Tadg is studying the effects of varying gravitational regimes for E. coli, MRSA, Candida albicans, and Salmonella typhimurium.

Lily Allen – Lily is an undergraduate student at the University of Colorado, Boulder. She is currently pursuing a B.S. in Aerospace Engineering and MCDB (double major). Lily strives to be like her idol, Doctor Strange, and would like to attend medical school to one day be a doctor. On this project, Lily is characterizing bacterial growth (Shewanella oneidensis MR-1, E. coli, and P. aeruginosa) in simulated micro, Lunar, and Martian gravities 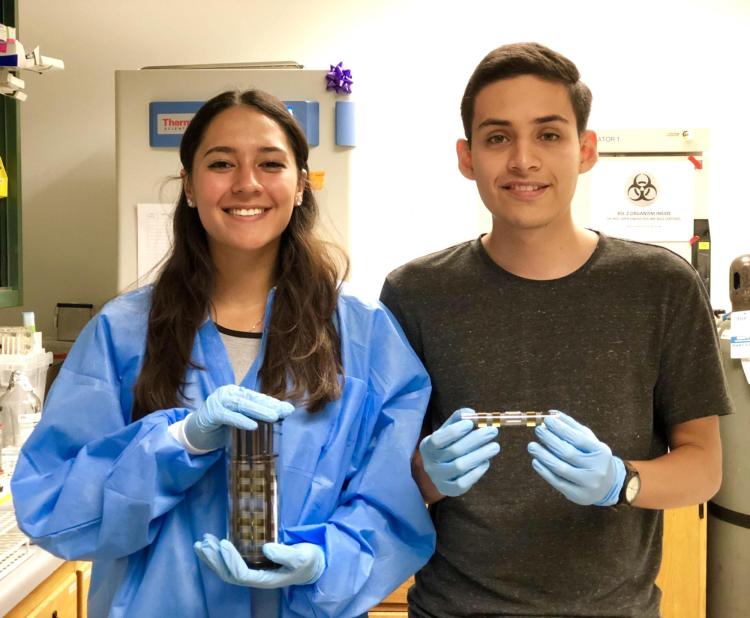 Katherinne Herrera – Katherinne is working towards a B.S. in Biochemistry and Microbiology at Universidad del Valle de Guatemala and is passionate about bioastronautics. She is performing  ground tests with Candida albicans to characterize changes on cell growth dynamics and phenotypic features.

Fredy España – Fredy is a Mechatronics Engineering student at Universidad del Valle de Guatemala where he leads the development of the payload of Guatemala’s first satellite, Quetzal-1. Fredy is designing a new type of Clinostat, an FPA Clinostat, during his internship at BioServe Space Technologies.