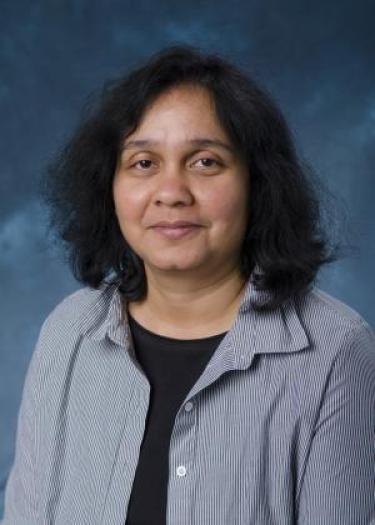 I am Associate Professor of Linguistics in Boulder, Director of the Language, Development, and Cognition Lab, and Fellow of the Institute of Cognitive Science. My research areas include semantics-pragmatics, first language acquisition, and the language-cognition interface from a crosslinguistic perspective with a focus on Hindi and Tamil. During my tenure at the Max Planck Institute, I constructed two large-scale longitudinal, audio-visual corpora of child-caregiver interactions in Hindi and Tamil that form the basis for a long-running project on the acquisition of word meaning and argument structure in the two languages.

I have co-edited a book and special issues in journals including Events of Putting and Taking (with Anetta Kopecka, John Benjamins, 2012), The Linguistic Encoding of Multiple-Participant Events (with Sonja Eisenbeiss and Penelope Brown, Special Issue of Linguistics, 2007), The Acquisition of Information Structure (with Christine Dimroth, Special Issue of Linguistics Vanguard, 2018), and Embodied Cognition and Language (with Mutsumi Imai and Eliana Colunga, Special Issue of Languages, 2019). My work also appears in a variety of journals including Cognition, Bilingualism: Language and Cognition, Journal of Child Language, Language Acquisition, Cognitive Semantics, Cognitive Linguistics, Journal of Pragmatics, Linguistics, and Lingua.